Catholic Tribalism: If Weinstein Is a Monster, What of the Priests Who Sexually Abuse Children?

When predatory politicians or media mogul monsters leave a string of victims, there is usually a collective call from the conservative crowd. After all, sexual abuse is very serious and a constitutes a criminal violation of another person’s body. Sadly, it’s easy to name the perpetrators because many of them are well-known and successful in their own right.

However, when the criminals reside under the shelter of the Catholic Church and wear holy robes, pointing them out as wolves is a bit more difficult. The task is made especially hard because the hierarchical structure of one of the world’s largest religions protects and dismisses their egregious behavior.

Unfortunately, the silence on the part of some (thankfully, not all) parishioners only allows for such evil to continue.

On Tuesday, a grand jury report detailing decades upon decades of sexual abuse within six dioceses spread across the state of Pennsylvania was released. As we are well aware, this is not something new within the Church. Catholic clergy has been known to abuse children for years. There are many reported incidents. The trauma felt by the victims even years later, as adults, is acute.

The report itself is nauseating and should infuriate anyone with a pulse, whether they’re Catholic or not.

In one case, a boy was forced to stand naked, posing like Christ on the cross while priests took pictures and added them to a collection of child pornography that they produced and distributed on the campus of the church. These priests would mark boys who were being groomed for abuse by giving them gold crosses to wear.

In another case, a priest raped a young girl and arranged for her to get an abortion. His bishop heard about the situation and wrote a letter of condolence — to the priest.

In another case, a priest molested a boy over the course of two years, admitted to church officials that he’d been engaged in naked “horseplay” with the child, and yet was allowed to continue in ministry for seven more years.

In another case, a priest raped a little girl while he was visiting her in the hospital.

In another case, a priest forced a boy to give him oral sex and then washed the boy’s mouth with holy water.

Some behavior happened daily. Some of this cruelty pushed the precious victims into an abyss of depression, drug and alcohol addiction, and even contemplations of suicide.

These “holy” men who committed the abuse were protected by cowards of higher standing and barely reprimanded or moved to other locations to “serve” a tender flock.

In all, there are more than 300 predator priests and 1,000 victims. And this is just in these six locations in Pennsylvania. Think of the unreported incidents that took place across the nation, and world? The sickness is deep, and you can just imagine how vast it has spread.

As expected, there was barely a whiff of concern from Pope Francis, a social justice warrior who is doing plenty to lead the Church and its members astray. He was probably too busy talking about climate change or gun control to immediately care about kids.

First, we got this.

Vatican press office said this morning that they have no comment on the grand jury report, and would not even say if Vatican officials have read it.

One day later, this “bravery” was announced.

Breaking news! Pope Francis cares. But only a little. There won’t be any changes actually made within the Church and the institutional system that supports this kind of evil, though. You doubt me? Just look at this reaction.

A Pennsylvania bishop named in a grand jury report on rampant sexual abuse by Roman Catholic clergy says he has “profound remorse” and offers his “heartfelt apology” to the victims.

Gainer says the church is faced with a “spiritual crisis” but adds that most of the abuse happened long ago.

Listen closely. The passage of time DOES NOT diminish the evil acts of sexual abuse done by wicked individuals.

Yes, there is forgiveness. But there are also consequences. At least, there should be.

The clergymen who won’t speak up in outraged tones at the organization of abuse set up under the guise of Christian faith and holiness are absolutely complicit. Complacent Catholics sitting in the pews who won’t vocally condemn the known behavior around them are only allowing such rampant sexual sin to continue.

If now is not the time, when? If you are not the people who should make your voices heard on the subject, who is? Should you wait for another decade or two to pass before your grandchildren and their children might possibly become victims of priests who have to touch, rape, and ridicule the sexuality of the young ones before them?

Oh, I’m sorry. You don’t want to offend. You might not want more ammunition to be shot in the Church’s direction. Frankly, I don’t think there is enough. If people were made uncomfortable in the first place, we wouldn’t have this report detailing the lives that have been ruined by men who are supposed to be trusted and holy ambassadors of God.

I side with Matt Walsh (a concerned Catholic) on the subject.

For every priest who raped a boy, there could well be at least one more priest who knew about it and remained silent. And those priests are almost as guilty as the rapist. Cowardice is a moral evil. And there has been quite a lot of that kind of evil — and many other kinds of evil — infecting the hierarchy of the Church. So all of the evildoers must be purged. Exposed. Shamed. Thrown out. Imprisoned. All of them. That is the only way forward now. There is no other way. And every Catholic who loves God and truth and justice must demand it.

Either the Catholic Church and its embarrassed members take care of this now, or they don’t. Either they purge the evil, or allow it to fester.

If you have a huge problem with Clinton, Weinstein, and other predators, but remain tight-lipped on this issue so as not to give the Libs more fuel? Then you’re a hypocrite. 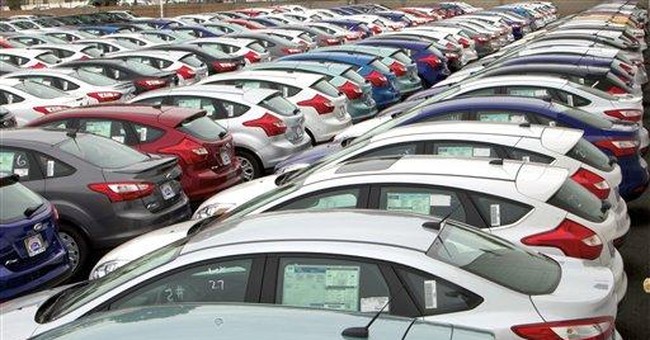 Dear Dave: Is It Okay To Get Financing For A New Car?

Chris Matthews Predicts Bernie Will Lose in a Landslide