If There Has Ever Been a Time to Keep President Trump From Twitter, This Is it

Of all the ways to communicate to the nation and the world, the 45th president of the United States seems to like using social media the best.

It’s impossible for both supporters and detractors to ignore the blasts of thought posted on President Donald Trump’s Twitter page each day. They always bring an avalanche of reaction. Whether he’s “owning the Libs” or praising a policy or person, the result is sharply polarizing. But that’s what one would expect from this man.

While I am often annoyed by his tweets (rarely amused) and routinely consider them to be wildly inappropriate, I don’t often find them truly damaging to anything other than the already broken Republican Party. They’re expected fodder from a man known for his insulting behavior and inflated ego.

On Friday, when Trump tweeted about Dr. Christine Blasey Ford and her allegations, he did some short-term and long-term harm. It is improper for the president to even discuss the matter at hand. Frankly, I was pleasantly surprised that he was keeping a lid on things of that nature. Perhaps one of his handlers saw to that.

Judge Brett Kavanaugh is a fine man, with an impeccable reputation, who is under assault by radical left wing politicians who don’t want to know the answers, they just want to destroy and delay. Facts don’t matter. I go through this with them every single day in D.C.

I have no doubt that, if the attack on Dr. Ford was as bad as she says, charges would have been immediately filed with local Law Enforcement Authorities by either her or her loving parents. I ask that she bring those filings forward so that we can learn date, time, and place!

The radical left lawyers want the FBI to get involved NOW. Why didn’t someone call the FBI 36 years ago? 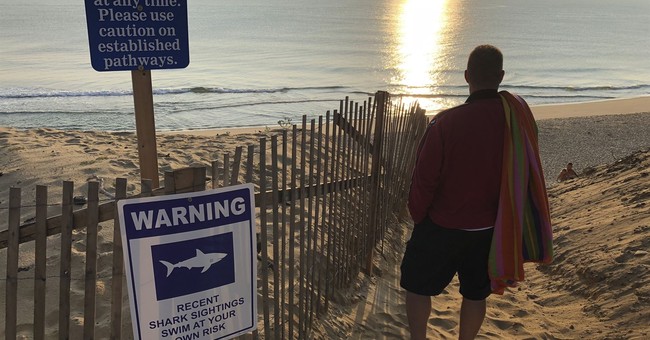 In terms of the process to replace a retiring SCOTUS justice, President Trump’s job is to nominate and step out of the way until it’s time to welcome the new jurist onto the high court. It is the Senate’s job in committee and on the floor to take it from there. I am well aware that the president has his own opinions on even the topics he doesn’t opine on. However, the best thing he can do is use wisdom, something sorely lacking in his person, and know when he just needs to remain on the sidelines of the discussion. This is something the 72-year-old never prefers.

Now we get to the truly harmful part: the content.

He talks about facts mattering, proceeds with “I have no doubt that”, and then shares his opinion on something he is not privy to in this instance.

(Readers, before you start claiming I’m a leftist who doesn’t care about the truth, read this.)

As I’ve stated numerous times, I don’t know for sure if the claims made by Ms. Ford are legitimate or not. In fact, neither do you! Given the information that we have and the lack of contemporaneous corroboration, I think it’s fair to call her allegations very suspect. Personally, I believe it’s an 11th-hour attempt to derail a man seen as an oppressor of women and bringer of doom (see: Roe v Wade). Perhaps an assault did occur and Ms. Ford is misremembering who/when/where? Kavanaugh is known by many as a man of integrity. Furthermore, he has a non-history of similar conduct.

Donald Trump’s claim of “if the attack…was as bad as she says that charges would have been filed” is to not understand the nature of sexual assault, especially when it happens to a young individual. Alexandra DeSanctis of National Review sums up my frustration perfectly.

As so often is the case with our president, this shouldn’t need to be said. But the fact that a woman doesn’t immediately file charges or report an assault is not proof that the assault didn’t happen. https://t.co/bNYNWyzljq

“No charges filed” is not proof that nothing occurred; it’s proof that no charges were filed. When a sexual crime is committed and law enforcement isn’t notified, that is almost like a second crime. The predator should be dealt with in as strong a manner as possible. This requires police involvement.

To make these statements on Twitter, during one of the more contentious political seasons in recent memory, is extremely irresponsible. Not only does it make Democrats feel as if the accuser is being hounded by a bully president, it makes Republicans, like Senator Susan Collins whose vote is sorely needed, feel a bit less sympathetic to the cause.

You’ll notice that Collins doesn’t say whether she knows for sure whether the allegations are the truth (because none of us do!), but she certainly isn’t supportive of the behavior. And when the GOP needs her, that’s damaging.

Regardless of how the Kavanaugh confirmation story ends (though I have my preference), the entire saga has been extremely detrimental to individuals and to the nation. Now, men may feel as if they’re more likely to be accused of sexual crimes they did not commit. In addition, actual sexual assault victims will most likely feel as if they can’t come forward when a crime occurs or cannot discuss it years later, after the physical scars have healed.

By tweeting his thoughts on such a serious matter, the president, with his wide reach, soiled character, and own sordid past, has managed to make things worse.

Prospects Bleak for GOP Maintaining Control of the Senate