Looting and Race: The Narrative of Respect Starts in Our Own Community

All the fuss over how we identify black looters versus white looters in the wake of hurricane damage – besides being completely worthless in the advancement of any kind of intelligent discussion – is not only ignorant, but dangerous.

This week we’ve seen Hillary Clinton on her national book tour laying responsibility for her electoral thrashing by Donald Trump at the feet of everyone besides herself. Clinton is very keen to let everyone know that if James Comey had just stayed in his lane, she would be president right now.

However, her narcissistic focus on the universally abhorred former FBI director ignores a salient truth – there would be no Comey controversy were it not for the emails in the first place. The only reason Comey was a problem for her was because of the problems she and the Democrats created for themselves. No one disputes the existence of the problematic Podesta emails and private servers. Clinton’s only complaint is that Comey reminded people of them.

There is a similar mindset of denial in this whole fuss about the way we describe black looters versus white looters. The initial argument was raised after a reporter filed video of black people in Florida looting a shoe store as Hurricane Irma landed. This was contrasted with a video of white people from Houston who were described as holding “found items”.

Setting aside the facts of each of those situations for just one moment, let’s assume that the accusations are true. Let’s assume that there is a double standard and it was unfair to characterize the black looters as looters and the white people as finders. 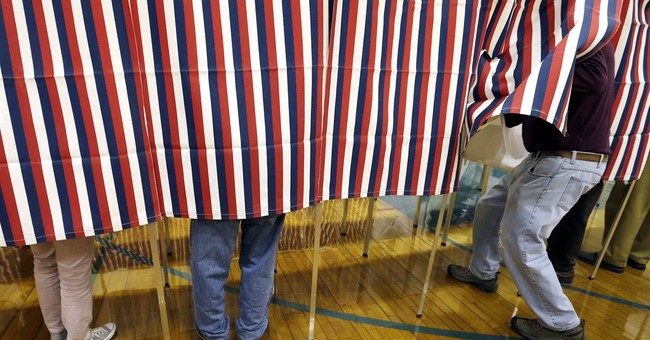 So what if it’s an unfair comparison? Is no one going to say anything about the fact that it’s a damn embarrassment as a black person to watch other black people so gleefully and pathetically steal the labor of others when the people around them are at their most vulnerable? We should be talking about how disgusting it is to watch our own people act like thieves and feral animals. We should be talking about how there is an entire segment of our community that seems to think these actions are justified because of oppression, slavery or hypocrisy. Black Lives Matter demands that all Americans display more respect and compassion for black Americans, but has no words at all about the disrespect we show for ourselves. How can we expect the American majority to take us seriously and show us more respect when we refuse to be accountable for the rot in our own communities?

So what if someone fails to see white looters as actual looters? Those ignorant looters in Florida weren’t making some social justice statement. They were stealing…and they belonged to us. If we’re content to saddle every living white American with the actions of their long-dead ancestors then logic follows we must saddle ourselves with the actions of our currently living brethren. We can’t have it both ways. “Look over there!” is not a legitimate defense of embarrassingly criminal actions.

As it turns out, the reporter who described the white Houston “looters” as carrying found items was indeed correct in his assessment. The people he originally pictured were carrying food items they found floating in the water. Aside from that, had the black people in the Florida video been snatching food, the outcry might not have been so serious. It’s a stretch, but maybe even if they had been stealing shoes from a flooded store that might (and it’s a big might; stealing is stealing) be excusable in some form as all the inventory would be written off by insurance anyway.

These morons were raiding a dry, still intact shoe store through the back door because anyone who might be around to stop them had already fled to safer areas. I don’t care if you’re black or white, that’s just repulsive.

If you are looting, you are a looter.

If you are a Chinese Christian and you are looting…you are a looter.

If you are a gay Mexican and you are looting…you are a looter.

If you are a black, transgender Sunday school teacher and you are looting…you are a looter.

If you are a white, Muslim, single mother of 12 with Lyme Disease and a gluten allergy and you are looting…you are a looter.

White looters do get called looters, as the reporter who started this whole thing with his original story was sure to let everyone know.

But that’s not even the point. We could refer to all white looters as “purple people eaters” and it wouldn’t do one thing to change the fact that if you steal something, you are a thief. If we aren’t willing to call out the thieves among ourselves, it’s a worthless endeavor to point them out in others.

Let’s grow up a little and clean our own house.