FIRE! The Hottest of the Hot Takes on Justice Kennedy’s Retirement

On Wednesday Justice Anthony Kennedy announced he would be retiring from the SCOTUS at the end of July. Given that Kennedy has typically been a key swing vote on the highest court in the land, it was unsurprising that the Left immediately flew into an unconsolable frenzy.

For your viewing enjoyment, here is a curation of some of the hottest takes and the saltiest tears.

Nazi uniform or death camps…boy, that’s a real Sophie’s Choice! I don’t look great in brown but I do like camping.

Literally in tears. Haven’t felt this hopeless in a long time. With Justice Kennedy leaving, we now have two options as Americans: get fitted for your Nazi uniform or report directly to your death camp. How do you fight the darkness without light? My spark is going out. #SCOTUS

Supreme Court Justice Anthony Kennedy’s retirement means that women’s health, equal marriage, and civil rights are all at risk. This is the fight of our lives. pic.twitter.com/MQ8tWIrwYQ

No, baby girl…YOU are racing to find out about collusion with Russia. The rest of us are watching Trump’s agenda fall into place piece-by-piece while you obsess about an imaginary scandal.

It feels like the end of a Tom Clancy novel: We’re racing to find out if there was collusion between POTUS & Putin before the leaders meet for negotiations that could alter key alliances. Some in Congress try to undercut the investigation, then, plot twist, a SCOTUS Resignation.

Uh…the vote happened. This is what was on the line and the American public voted for Trump to have this privilege. Say it with me…ELECTIONS HAVE CONSEQUENCES!

If you are a woman, a minority, a homosexual, a transgender, an immigrant, a teacher, or a decent human being, your life will be greatly affected by the retirement of Justice Anthony Kennedy.

We have one last chance! We must demand #MidtermsBeforeSCOTUS, and we must ALL VOTE!

Literally everything, you guys. EVERYTHING! LITERALLY!

Trump’s only shot at remaining in power, and out of prison, is if he can replace Justice Anthony Kennedy with one of his own goons. Literally everything now depends on stopping his nominee.

Yes, the United States legal system is the Southwest Airlines of democracy. Don’t sit in the window seat!

Justice Anthony Kennedy jumped out the emergency exit mid-flight. No care for the rest of us stuck on this disintegrating plane.

And now, here is a reasoned and thought-provoking analysis of the Kennedy retirement from Ian Millhiser.

And another intriguing, enlightening commentary…

So far there’s no proof that this person’s wish isn’t already true.

I think immortality should be granted to only one person ever and that person is Ruth Bader Ginsburg.

What we need is the law recommended by @FixtheCourt, which caps service on SCOTUS at 18 years and gives every president the right to two picks per four year term. If that law is deemed unconstitutional, we need a constitutional amendment. In the meantime: war. 8/13

NRA…DRINK! Also, I don’t know what it means to vote Orange…is that like some kind of terror-alert code?

The @nra is falling all over itself demanding that the senate quickly confirm Justice Kennedy’s replacement. Why?

The NRA is afraid.

They are afraid of how many of us will #VoteOrange. They know that the next congress will have fewer of their puppets. #NoRA #SCOTUS

Suggested course of action: Get an IUD. Register. Vote.

Of course, nothing is really settled until the celebrity class weighs in. Also, I hear Trump’s sister is pretty cool. Couldn’t hurt to add her to the list!

Aren't we all pretty sure #Trump will nominate whoever the #HeritageFoundation or #TheFederalistSociety pays him the most for?? Or maybe he'll shake down #RupertMurdoch…oh hell, he'll probably nominate his sister!

Stock up on abortions now. Roe v. Wade is gone.

Caps are the key to making any salient point.

TRUMP SHOULD NOT BE ABLE TO CHOOSE A LIFETIME APPOINTEE WHILE HE IS UNDER FEDERAL INVESTIGATION. FULL STOP.

Okay yes I love the Handmaids Tale – that doesn’t mean I want to live in it. https://t.co/JkGnZbH088

U MUST CALL UR SENATORS & CONGRESS & TELL THEM 2 FIGHT TOOTH & NAIL‼️DEMOCRATIC CONGRESS &SENATE SHOULD HAVE”NO MEETINGS”WITH trump’s NOMINEES,SHOULDNT SHOW UP 4 ANY HEARINGS,”DEMS MUST FIGHT LIKE GOP DID”.THEY HELD A SEAT OPEN FOR 1YR.MADE IT SO OBAMA DID NOT GET A JUDGE‼️

And then there was this hilarious moment, when the DNC got the news right in the middle of a committee meeting. This is what it sounds like when doves cry.

How it sounded inside a DNC committee meeting the moment Justice Kennedy’s retirement was announced pic.twitter.com/6S9uO2JGzQ

And finally, many thanks to HuffPo for putting together some clips of the late night talk show circuit.

Despite the potential to entrench conservatism in America for a generation, the late-night hosts still managed to get laughs out of the news that Justice Anthony Kennedy is retiring from the Supreme Court. pic.twitter.com/zHBAy4UVYS

Perhaps if the Left didn’t willingly give so much power over their day-to-day lives to the government they wouldn’t have to work themselves into an exhaustive frenzy every time the judiciary shifted. 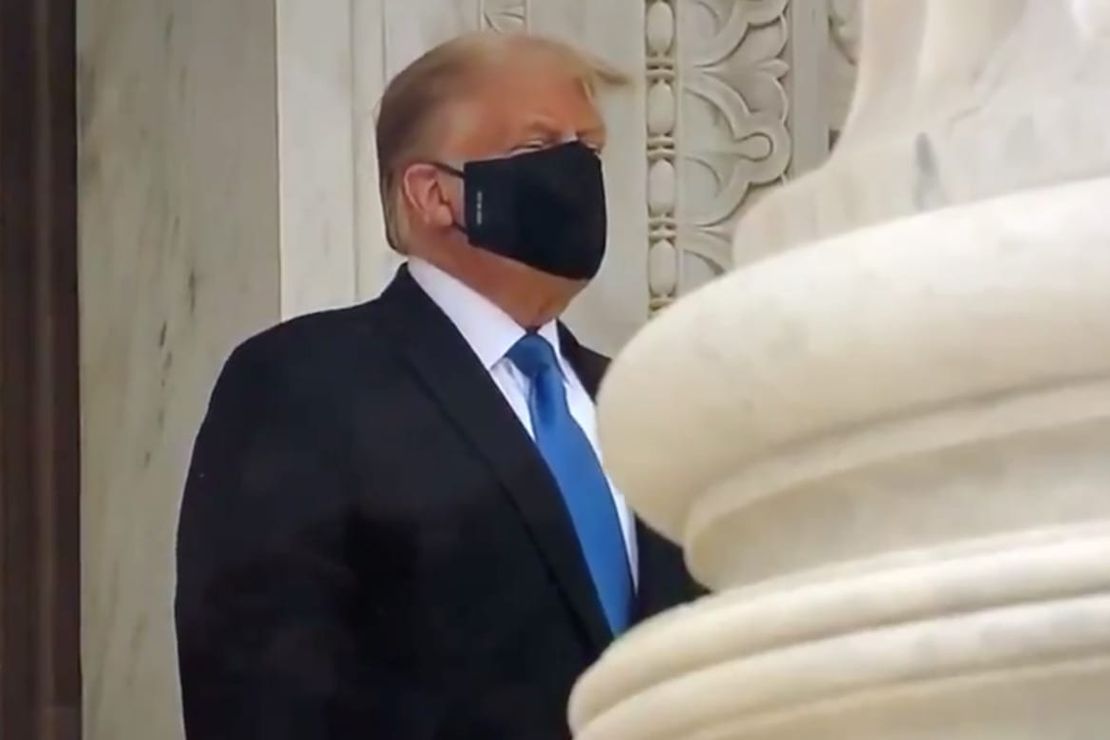