Last week I advised a young man who was in a power struggle with his girlfriend’s cat. This week I’m taking a slight departure because of some stunning news that one of our reporters broke. The story of California congresswoman Katie Hill was originally broken by Redstate’s own Jennifer Van Laar. It has since gone viral. Our front page has basically turned into Katiehill dot com for the time being.

We’ve fielded some angry messages and posts about our decision to publish some untoward pictures of Hill. Some people accuse us of publishing revenge porn. This is an advice column, so I like to keep it as light as possible. However, to quickly address that concern – we did take the matter into consideration. There were multiple discussions all throughout her weeks-long investigation that went all the way up the chain. In the end, the powers-that-be decided it was important that there was solid evidence of the relationship(s) that may have violated House ethics (ethics that Hill herself voted for) and have led to an investigation by the House Ethics Committee. Believe it or not, we left out a lot of racier stuff. We stand by the work and none of this happened without deep and frequent discussions about the sensitivity of the subject and the evidence. Rest assured, our reporter did not take the matter lightly.

That being said, I felt I would be remiss if I did not use this entire incident to make a greater point, and hopefully help young men and women out there avoid this sort of embarrassment and messiness in the future. Whatever your opinion of our decision to run with the story, let me dispense a little unsolicited advice to anyone out there who may be heading towards a Katie Hill-style crash and burn of their own.

Don’t take nudes on your phone.

I can already hear the uproar in my head right now (or is that the wine?).

“I have a right to privacy. I shouldn’t have to make every person I’m involved with sign an NDA before engaging in some recorded sexiness.”

You do have a right to privacy and you should be able to take private photos for private use without fear of anyone stealing them. But just because something should be, doesn’t mean that it is. White people ask me all the time, “Why is it that Black people can use the N-word loudly and without repercussions but White people can’t? Isn’t that a double standard?”

Why yes, it is. Also…that’s just the way it is. It isn’t fair. It just…is. Deal with it. I don’t even know why you’re so worked up about not being able to say the N-word but that’s your business, not mine.

It’s the same with nude photos, particularly on your phone. It isn’t fair that we live in a world where the technology that helps us the most can also hurt us the most even when we’re just enjoying it privately. But that’s the world we live in. If you have a nude photo and share a nude photo, you’ve put it out into the magical world of the internet, where nothing ever dies. You’ve also put it in the hands of someone you may not always love and may not always trust. Katie Hill found that out the hard way. So did Demi Lovato and Jennifer Lawrence and Kim Kardashian and Paris Hilton…and on and on and on.

The internet is your greatest frenemy. Nothing is safe there and even if you think you’ll never send your photo to anyone, a hacker worth their salt can just grab it right from your phone. Privacy is really an illusion these days. It’s not fair that what you assume is private could be hacked or dug up by a nosy reporter trying to get to the bottom of a huge ethics scandal. It is what it is. You must adjust your lifestyle accordingly.

Here’s the other thing – the people who end up having their nudes “outed” are typically people who were in short-term, uncommitted relationships of some sort. In this digital age, one should treat their own nude/racy photos the way they treat their passwords. Don’t just hand it over to someone you barely know.

Ladies, are you listening? I am not above reproach here. I understand completely that I was a pretty dumb kid a long time ago. I did a lot of dumb stuff and I am grateful there was no internet to put me on blast (even the idea of reading my thoughts at 20 years of age makes me cringe). So don’t take this as judgment. Take this as a fair warning. That guy you’ve seen a few times who texted you for a sexy picture, he’s not going to look at it and erase it. It’ll stay on there forever. It will be a part of his memory collection as most photos are. He’ll take it with him when he moves on. And he will move on because a guy that asks for a nude photo before he even knows your last name is not a guy who is sticking around long.

If you’re like Katie Hill and you’re just letting your husband take sweet, innocent pictures of you sitting in the nude brushing the hair of the staff member/lover the two of you share…well, don’t do that either. In a throuple, someone is going to get their feelings hurt at some point and leave….with your photos. After that, you have no control.

Stay in control. Keep your nudes limited to personal interaction, or at least buy a digital camera that isn’t internet-connected. The world has changed and so has the way we share ourselves. It may not be fair, but it’s only the truth.

Don’t take nudes with your phone. Ever.

Whitmer: I censor myself when speaking publicly about Trump to receive federal assistance 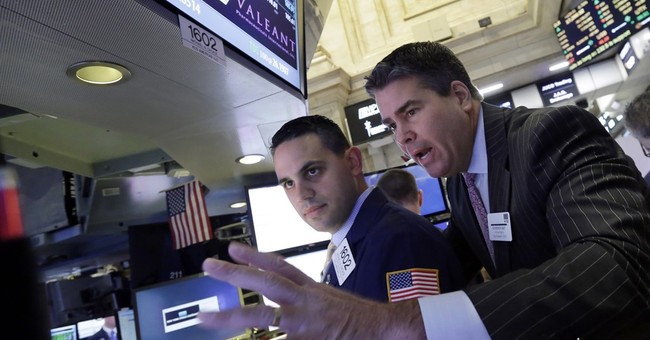