The hairbrushing session heard round the world came to a stunning conclusion Monday morning when Rep. Katie Hill (D-Santa Clarita) announced her resignation via her YouTube channel.

In the four-minute video Hill had very little to say about the ethics violations that led to the investigation by RedState reporter Jennifer Van Laar. She had nothing to say about the staffers she seduced on taxpayer time, or the fact that as she was voting for the bill that made such an act a violation of House rules she was involved in that very behavior.

Instead Hill invoked her gender and a seemingly random and unsubstantiated claim of abuse from her husband.

I made this decision so that my supporters my family my staff and our community will no longer be subjected to the pain inflicted by my abusive husband and the brutality of hateful political operatives coordinated campaign carried out by the right-wing media and Republican opponents. Enabling and perpetuating my husband’s abuse by providing him a platform is disgusting and unforgivable, and they will be held accountable.

Accountability is a funny thing, ain’t it? An unsurprising statement to end a very surprising story.

Hi, I’m Katie Hill and last night I announced the most difficult decision of my life – that I would be resigning from Congress. I made this decision so that my supporters my family my staff and our community will no longer be subjected to the pain inflicted by my abusive husband and the brutality of hateful political operatives coordinated campaign carried out by the right-wing media and Republican opponents. Enabling and perpetuating my husband’s abuse by providing him a platform is disgusting and unforgivable, and they will be held accountable.

But I will not allow myself to be a distraction from the Constitutional crisis we’re faced with and the critical work of my colleagues. And so I have to take my personal fight outside the halls of Congress. Many Americans are counting on Washington to fulfill our promises of quality healthcare, housing we can afford and a government that works for the people, and I cannot let this horrible smear campaign get in the way of that work.

To my supporters in our district and across our great country, please know that we did something incredible. We proved that an imperfect woman and the 31-year-old daughter of a nurse and a police officer, who never planned to run for office, has a place in the people’s house. We showed the nation that there is hope even in the darkest of moments, that every single person deserves a chance and a voice that voters will believe, and we’ll rise to make that happen.

We showed Washington that a grassroots campaign can propel a young woman into Congress without the help of big corporations and special interests that have for so long governed politics; and that this movement will change our broken political system forever. That matters and it will always matter.

I need you to know that my fight is not over. Those of you who know me know that I am a fighter before I came to Congress. I fought for the most vulnerable people in our community working to end homelessness for individuals veterans and families. I fought to give a voice to those who for have too long been silenced or pushed into the shadows.

I’m grateful for all of you who have spoken out about this in recent days. As I have before, I will stand up for those who cannot stand up for themselves, because there is one thing that I know for sure: I will not allow my experience to scare off other young women or girls from running for office for the sake of all of us. We cannot let that happen.

I’m hurt. I’m angry the path that I saw so clearly for myself is no longer there. I’ve had moments where I wondered what the last three years of my life were for and if it was worth it. I know that many of you feel the same.

I never claimed to be perfect, but I never thought my imperfections would be weaponized and used to try to destroy me and the community I have loved for my entire life. For that I’m so incredibly sorry. I’m so grateful for the outpouring of support that I received.

I grew up riding horses and the most important thing that I learned was that when you fall off you have to get right back up in the saddle. So I’m going to do that. I hope I can count on you to do the same and join me on the next ride. 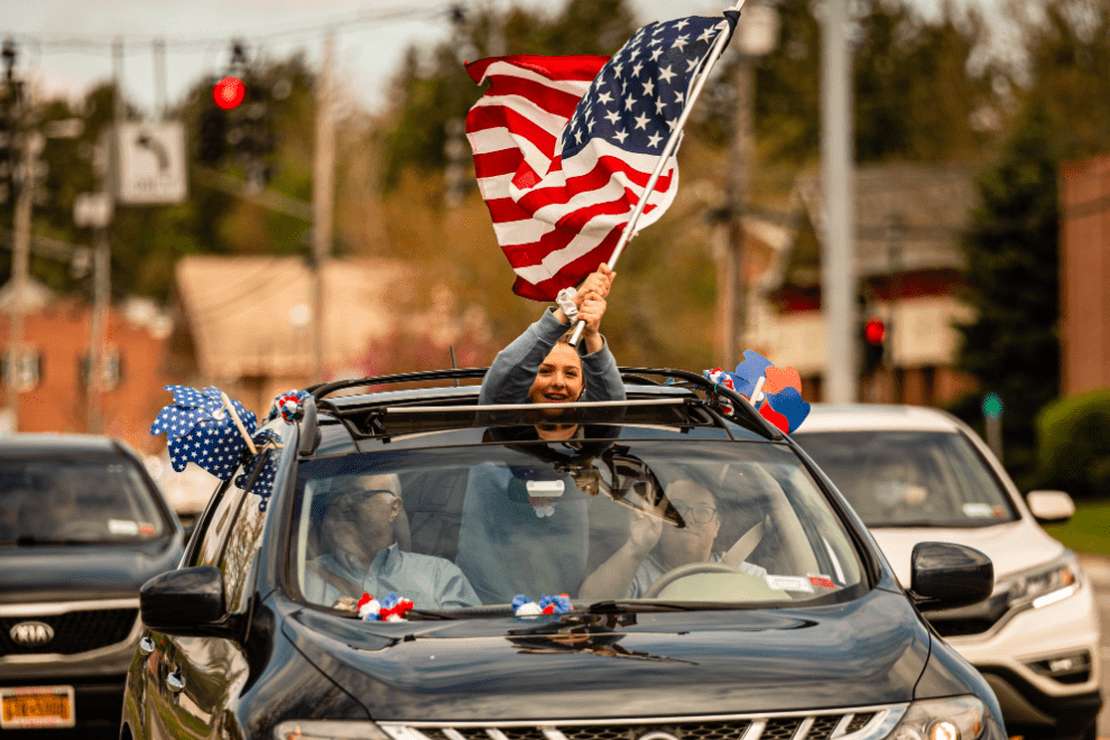