What Goeth Before a Fall Again? Bueller? Anyone?

Let’s just get down to brass tacks today. Jesus does, in the Gospel selection for the second Tuesday of Lent. No parables today, my friends. We’re just gonna get told.

Jesus spoke to the crowds and to his disciples, saying,

“The scribes and the Pharisees

have taken their seat on the chair of Moses.

Therefore, do and observe all things

whatsoever they tell you,

For they preach but they do not practice.

They tie up heavy burdens hard to carry

and lay them on people’s shoulders,

but they will not lift a finger to move them.

All their works are performed to be seen.

They widen their phylacteries and lengthen their tassels.

They love places of honor at banquets,

seats of honor in synagogues,

greetings in marketplaces, and the salutation ‘Rabbi.’

As for you, do not be called ‘Rabbi.’

You have but one teacher, and you are all brothers.

Call no one on earth your father;

you have but one Father in heaven.

Do not be called ‘Master’;

you have but one master, the Christ.

The greatest among you must be your servant.

Whoever exalts himself will be humbled;

but whoever humbles himself will be exalted.”

Matthew 23:1-12 is a wake up call for those in public service. Christ is speaking of what we can think of as clergy, but he could just as easily be talking to political leaders. He could be talking to your Aunt Pat who brings the Jello salad to coffee hour because everyone compliments her.

We’re supposed to be serving and nourishing people with our proverbial Jello salads, not jockeying to be Queen of the Parish Hall. It’s okay to take satisfaction in people enjoying the fruits of our labor, but some of us start to enjoy the perks of leadership without doing the work. We get enticed by the appearance of mastery.

Some of us are in office a gazillion years despite whittling away the rights of our constituents for the past two decades. Meanwhile, beleaguered interns answer the angry emails and phone calls from Mr. and Mrs. YouAndMe.

It happens in every industry, but perhaps not as insultingly often as it does in government. But I’m preaching to the choir here at RedState.

More broadly, we’ve all been guilty of this. Yes, Ted, you —the undisputed Fantasy Football Pharoah or whatever thing you’re calling yourself that makes your wife roll her eyes every time. Yes, you, Cheryl, and your smug performance of Gandha Bherundasana at yoga class (also, nobody wants to see that).

Lots of my friends have given up social media for Lent because they see it as an ego crutch. It takes time away from their service to others or feeds a nasty little hungry part inside of them that craves attention. They found themselves more concerned with Likes and Retweets than their fellow man. They found themselves crafting “sick burns” instead of showing love.

Are we showing off or showing how? Are we waving our hands in the air like we just don’t care, or giving a hand up? Do we need constant admiration, praise, and credit — instead of Christ?

Not all of us are purging Gluttony and Sloth from our lives during Lent. All of us could use a Pride and Vanity check from time to time, too. 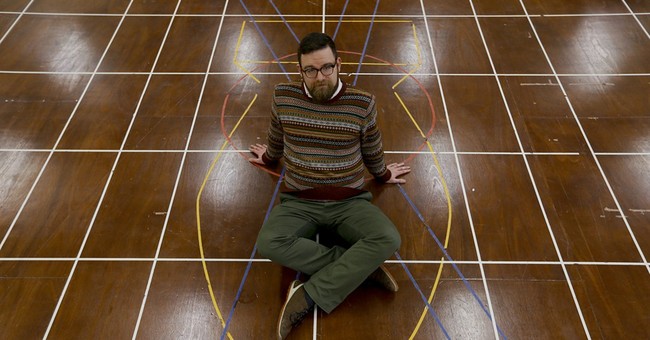