What you might not know, however, is that Barack Obama’s Environmental Protection Agency may soon be making peanut gas tanks obsolete. The same is true for many All Terrain Vehicles (ATVs), gas-powered generators, lawn mowers, leaf blowers and just about any other small tanks that fuels gas powered engines.

The issue at hand is the EPA’s desire to increase the level in ethanol in gasoline to up to 15%. [Currently, the standard ethanol level is 10%.]  Moreover, as part of its new regulations, the EPA will be requiring all consumers to purchase at least four gallons of gas.

Presumably, even those bikers with four or five gallon gas tanks will be required to run their tanks to empty (or nearly to empty) in order to purchase the four-gallon minimum.

This means bikers would not be allowed to top off when they come upon signs that say last gas station for ____ miles–which means more cyclists will likely be stranded on the side of roads with empty tanks. 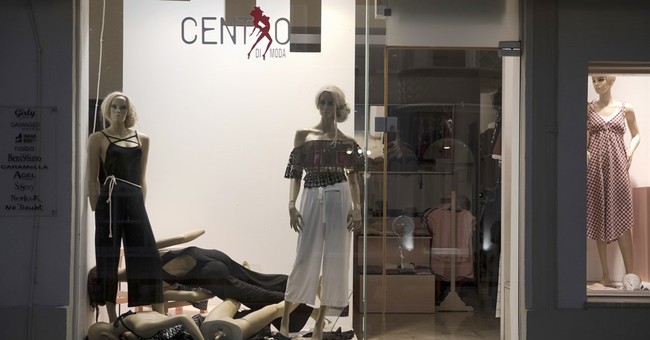 Additionally, according to the American Motorcycle Association, the EPA’s new edict may end up causing damage to smaller engines :

The U.S. Environmental Protection Agency will require all consumers to buy at least four gallons of gasoline from certain gas pumps after the new E15 ethanol-gasoline blend is introduced into the market.

The EPA revealed the requirement to the American Motorcyclist Association in a letter dated Aug. 1, responding to AMA concerns that E15 — a gasoline formulation that contains up to 15 percent ethanol by volume — could be put in motorcycle and all-terrain vehicle gas tanks inadvertently when consumers use blender pumps. A blender pump dispenses different fuel blends through the same hose, and the vast majority of motorcycles and ATVs in use today aren’t designed to operate on E15 fuel.

“With E15 gasoline, our members who make a concerted effort to fuel their motorcycles or ATVs with E10-or-less gasoline may be unknowingly refueling with residual fuel left in the hose,” Wayne Allard, AMA vice president for government relations, wrote in a June 20 letter to EPA Administrator Lisa Jackson.

The AMA has repeatedly expressed concerns to government officials and federal lawmakers about possible damage to motorcycle and ATV engines caused by the inadvertent use of E15 when the new fuel becomes widely available, and has asked that motorcycles and ATVs be part of any scientific study into the effects of E15.

Ethanol is essentially grain alcohol produced from crops such as corn that is mixed with gasoline to produce an ethanol-gasoline blend motor fuel. In October 2010, the EPA approved the use of E15 in model year 2007 and newer light-duty vehicles (cars, light-duty trucks and medium-duty passenger vehicles). Then, in January 2011, the EPA added model year 2001-06 light-duty vehicles to the approved list. [Emphasis added.]

As has become all too typical with the Obama Administration, Lisa Jackson and her abusive henchpeople at the EPA rammed through its new regulations outside the normal rule-making process.

In a strongly-worded letter to the EPA’s Jackson, dated September 10th, the House Committee on Science, Space and Technology, stated:

…The EPA has no business telling Americans how much fuel they must purchase. This unprecedented attempt to remedy the consequences of EPA’s E15 waivers will not prevent widespread misfueling of millions of vehicles and products already owned by Americans that are not covered by the waiver decisions and introduces an unacceptable intrusion into the daily lives of drivers.

Furthermore, EPA’s first-ever fuel purchase requirement appears to have been made outside the normal rulemaking process, seems antithetical to free markets, and highlights the flaws in the Agency’s hasty decision to grant partial waivers for E15 prior to comprehensive scientific assessment and evaluation.

[View the letter in its entirety here.]

Garden equipment like lawn mowers and leaf blowers have long been on the EPA’s hit list, as have ATVs and motorcycles. Big Brother Barks: A Chilling Viral Video Foreshadows a Dystopian Future. Can It Be Avoided?