On paper, [mc_name name=’Sen. Marco Rubio (R-FL)’ chamber=’senate’ mcid=’R000595′ ] has been checking all the right boxes lately. He opposed the disastrous Iran Deal. When asked about the Planned Parenthood video, he had an appropriate quip about how silly it is for everyone to focus on Cecil the Lion when this is going on beneath all our noses. There’s no specific area where [mc_name name=’Sen. Marco Rubio (R-FL)’ chamber=’senate’ mcid=’R000595′ ] has made a serious misstep over the last several weeks. And yet, Rubio’s campaign is at risk of starving to death for lack of oxygen and stories are leaking right and left that his major donors are jumping ship.

The reason for this is simple – the mood of the GOP primary electorate has shifted and Rubio has been too slow to adapt. Rubio’s appeal has always been as the guy with the easiest access to soaring rhetoric and the best ability to generate optimism and hope. A couple of months ago, this looked like a relatively plausible path to the nomination, especially in the heady days of the new Congress.

However, after several months of Obama successfully trolling the GOP led Congress, combined with the faithlessness of leadership in both chambers, have left a simmering and resolute anger where a sense of hope used to be. And frankly, they’re tired of people not even acknowledging the ways in which Obama, the GOP Congress, and the Supreme Court have dashed so many of their hopes in such a short time. When people are mad, they don’t want to hear about how great everything is.

Now, Rubio is never going to be a Chris Christie or a Donald Trump, and he frankly shouldn’t try. I think his ability to inspire optimism and hope is the best path for him to win in the general. But he has to show that he can at least acknowledge and connect with the widespread voter anger that has catapulted Trump to the top of the field, or he risks being left in the dust permanently. Voters have to at least be able to think to themselves “Okay, if this guy is elected, he is really going to take the fight both to the Democrats and the traitors on our side,” and nothing about what Rubio is doing now conveys that.

Here is one way to illustrate the problem that Rubio has at this point. In the latest CBS News Poll of GOP primary candidates, Rubio’s favorables (46-11) are among the highest in the GOP field, much higher than Trump’s (47-38). However, only 47% of those polled say Rubio generally “says what he believes,” whereas 35% said that Rubio generally says “what people want to hear.” However, with respect to Trump, 77% of those polled said that Trump usually “says what he believes,” whereas only 22% said that he generally “says what people what to hear.” You can see for yourself which is more important to the voters right now.

The smartest thing for Rubio to do at this point, if he intends to make an honest run for President instead of just elevating his profile as a Senator, is to publicly align himself with Cruz and/or Lee in a way that publicly gets him on the wrong side of McConnell, Cornyn, and Alexander. Something that would make people think to themselves, “Whoa, I didn’t think Rubio had that kind of fight in him.”  He’s got to at least set a tone that says that occasionally, he can take the varnish off and lay the wood on someone.

Otherwise, his day in the sun may have already come and gone. 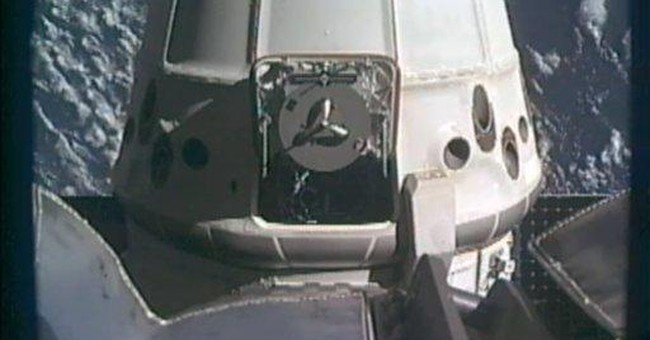