The Uncomfortable Reason Why it Came to This in Dallas Yesterday

Let me say this right off the bat: I don’t at all condone any shooting of police officers or attacking them in any way. I hope that the people responsible are caught and punished to the fullest extent of the law – which, given that the attacks appear to have been premeditated and directed at law enforcement, means the death penalty. I assume, given that these idiots chose to perpetrate their crime in Texas, that this is exactly what will happen.

Now let’s take a step back and look at the forces that would drive someone to do something like this yesterday. Here’s the reality that we don’t often talk about – that societies are held together less by laws and force and threats of force than we are by ethereal and fragile concepts like mutual respect and belief in the justness of the system itself.

In America, there are 376 police officers per 100,000 citizens – or one police officer per every 266 citizens. Stop and think about that. Could every police officer in America maintain order over 266 unruly people who had no respect for him him or the badge he wields? Absolutely not. The only thing that makes the situation even a little bit tenable is that the vast majority of people never think about confronting or challenging a police officer, and instead get up each day with the commitment to live their lives peacefully and lawfully, because they believe a) that they live in a society that is basically just and b) they believe that the few policemen who do exist will be there to protect them if something goes wrong and c) they have faith, by and large, that if someone commits a crime against them, they will be caught and punished.

Think, though, about what happens when these invisible bonds that are the most important part of maintaining law and order begin to dissolve – especially within a given subcommunity. Perception is, quite often, more important than reality. We are, in addition, creatures of our upbringing. The way our parents raise us to think about people and institutions shapes us to degrees that we often can’t or won’t acknowledge.

As the child of white parents who grew up in the rural panhandle of Texas, I was taught that police were there to help, any time I had a problem I should go to them. I should always follow their orders and show them the utmost respect. No one is more important and helpful to your community than the police.

Now imagine, for a minute, that your parents instead grew up as black people in the 50s or 60s in one of the many areas where police were often the agents of – let’s call it what it was – white oppression. How might that have changed, for understandable reasons, the way not only those people but also their children and their children’s children interact with the police? More importantly, how might it impact the belief that police will ever be held accountable for abuses of their power?

I think the evidence would show that the vast majority of police do their jobs with the greatest professionalism possible. I don’t think that’s a sufficient answer to the reality of lingering mistrust between police and minority communities, especially in certain areas of the country. And the proliferation of cell phone video recording has really confirmed (in their minds) something they have long anecdotally believed or been taught – that police often interact with minority communities in different ways than they do with the white community.

And here’s the most important part: when they do so, they never or almost never face punishment.

Look, I don’t know. I don’t want to rush to judgment on either the Baton Rouge shooting or the Falcon Heights shooting, but based upon what we have seen, they look bad. Very bad. They look, at least at first glance, to confirm a lot of biases that people have. They look like a scenario that has played out all too often that the white community either doesn’t believe ever happens (or at least believes is at most a freak occurrence) and minority communities believe is a systemic occurrence. And they look, most importantly, like many other scenarios in which officers have skated either scot free or with a slap on their wrist.

And here is the important point and the point I have been trying to make with this excessively wordy post. The most important safety valve to prevent violence like we saw in Dallas last night is the belief that when officers do go off the rails, the legal system will punish them accordingly. If minority communities (and everyone else, for that matter) believed that, resort to reprisal killings would be either non existent or far less frequent.

But they don’t, and there’s good reason for that. And that is because a huge, overwhelming segment of America does not really give a damn what cops do in the course of maintaining order because they assume (probably correctly) that abuse at the hands of police will never happen to them. As long as the cops keep people away from my door, they have my blessing handling “the thugs” in whatever way they see fit.

I see the attitude all the time even in the comments to the stories I write here at RedState. I’ll post about some story or video where someone did something to break the law and thus found themselves in contact with the police. Fine. During the course of interaction with the police, however, the police drastically escalate the confrontation using what I think any reasonable person should consider to be wildly excessive force in bringing the situation to heel, and someone ends up either seriously injured or dead. Very often, the victim of this escalation is black.

Every time I post these stories, I get a flood of comments from people who look for even the smallest hook on which to hang an excuse for the cops. “Well, he was rude and confrontational to the cop.” “Well, when the officer was trying to arrest him, he ran.” “He was ‘resisting arrest.'” (My personal favorite, which was used by several dozen people I talked to regarding Eric Garner, whose “resisting arrest” consisted entirely of turning his back to a cop and putting his hands in the air.)

Look, this is not how a free society works. Being rude/disrespectful to a cop, running from a cop, demanding in a hostile tone to know why a cop has pulled you over might well be contraindicated to the peaceful continuation of your day, but they are not an excuse for someone getting shot. I’m for the death penalty, but the kind that is carried out after, you know, a trial and some appeals – not the kind that is carried out on the spot by a cop who’s had his authority challenged in some non life-threatening way.

These excuses, though, are indicative of an abdication of critical thinking about the legal and proper application of police force that really and truly is endemic in America. Prosecutors are often guilty of it when deciding whether to indict officers for excessive force. More often, they know that jury members will be extremely guilty of it if they decide to bring charges at all, which makes the whole exercise not worth their time.

Here’s all you need to know: since 2000, NYPD officers have shot and killed about 180 people. Only 3 of those officers was even indicted for anything and only 1 was convicted, for a non-jail time offense. And these statistics are fairly typical of the nation at large.

Reasonable people can disagree about the prevalence of police brutality in America, and the extent to which race plays a factor in it. I don’t think reasonable people can disagree that excessive police force is punished way less often than it actually happens. And that’s the kind of problem that leads to people taking up guns and committing acts of violence – tragically (and with evil intent) against cops who as far as we know have done nothing wrong.

But people’s willingness to act rationally and within the confines of the law and the political system is generally speaking directly proportional to their belief that the law and political system will ever punish wrongdoing. And right now, that belief is largely broken, especially in many minority communities.

And it’s the blind, uncritical belief that the police never (or only in freak circumstances) do anything wrong that is a major contributing factor to that.

It’s at least as much of a factor, if not more so, than the blind, uncritical belief that the police always do things wrong – which many conservatives today are blaming in entirety for what happened in Dallas.

The truth, as always, lies somewhere in the middle, but acknowledging that requires looking in the mirror in a way that makes us all a little uncomfortable.

Julian Castro Throws In the 2020 Towel

The UN Says Chelsea Manning Is Being Tortured By the United States, Demands Answers

Bourbon On The Rocks: Welcome 2020

Julian Castro Throws In the 2020 Towel 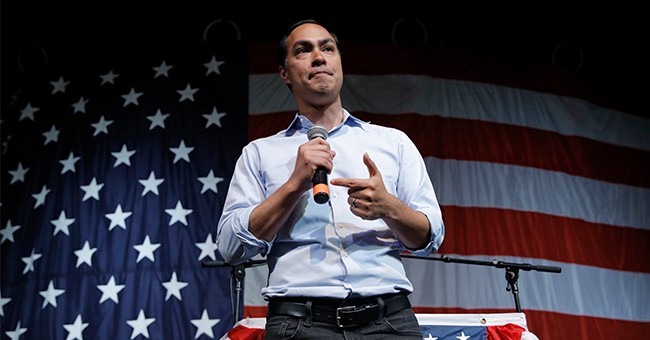 Another 2020 Democratic Loser Is Gone. Castro Is Out.