House Intelligence Committee Chairman Adam Schiff, D-Calif., responds to reporters as Speaker of the House Nancy Pelosi, D-Calif., calls a meeting with all the House Democrats, many wanting impeachment proceedings against President Donald Trump after his latest defiance of Congress by blocking his former White House lawyer from testifying yesterday, at the Capitol in Washington, Wednesday, May 22, 2019. (AP Photo/J. Scott Applewhite)

House Intelligence Chair Adam Schiff (D-CA) released his impeachment report and it was pretty much what we expected -long on accusation and exaggeration, lacking in any evidence to actually support the claims.

But what was shocking was the inclusion of metadata records of calls that were included in the 300 page report including of the ranking member on the House Intel Committee, Rep. Devin Nunes (R-CA).

The records included the the dates of the calls, how long they lasted, who made the call and who was the recipient.

The immediate question was how did Schiff get the records? Which was coupled by outrage at Schiff/Democrats obtaining private information on political opponents.

According the Wall Street Journal and Byron York of the Washington Examiner, sources indicated to them that Schiff subpoenaed five phone numbers from AT&T and Verizon which included Rudy Giuliani’s number. The metadata records come from those subpoenas. Who the other people are who were subpoenaed is not clear. And while those records were published in the report, we don’t know yet what other subpoenas or information Schiff might have secured. 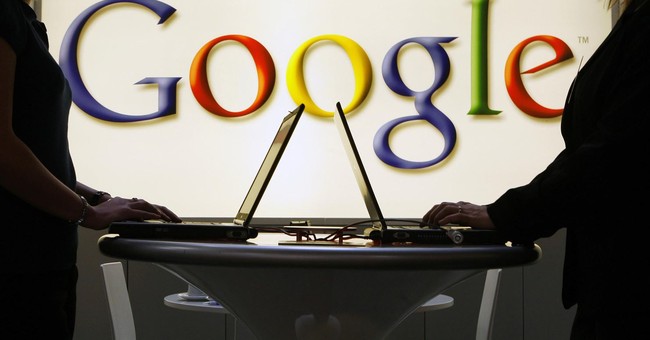 Needless to say, Republicans were furious at this naked political move.

Nunes released a statement calling it a “gross abuse of power.”

The Democrats’ impeachment charade is flailing, and desperate people do desperate things. So Schiff suddenly published phone records of myself, current and former Republican staff members, and a journalist whose reporting he doesn’t like. It’s a gross abuse of power for a congressman to go after his political opponents, staffers, and reporters in this way, but it’s characteristic of the way Schiff has run this entire show. He’s going to need a long rehabilitation period when this is over.

Giuliani said they were “trashing the U.S. Constitution.”

They have violated every conceivable due process right….counsel, confrontation, cross-examination, compulsory process. They have conducted secret hearings leaking selectively and deceptively. This Pelosi Congress will be remembered for wholesale trashing of the U.S. Constitution to satisfy the politically-driven irrational hatred of a president who challenges their fantasies that they are intellectually and morally superior to the rest of us.

“It raises a lot of serious questions,” the Louisiana Republican said.

The Wall Street Journal editorial board blasted not only the attempt to smear/suggest the involvement of the included people by the records without, of course, any evidence, but also the unprecedented abuse of power.

The impeachment press is playing this as if the calls are a new part of the scandal, but the real outrage here is Mr. Schiff’s snooping on political opponents. The Democrat’s motive appears to be an attempt to portray Mr. Nunes, a presidential defender and Mr. Schiff’s leading antagonist in Congress, as part of a conspiracy to commit impeachable offenses.

“It is, I think, deeply concerning, that at a time when the President of the United States was using the power of his office to dig up dirt on a political rival, that there may be evidence that there were members of Congress complicit in that activity,” Mr. Schiff told the press on Tuesday. Complicit in what? Doing his job of Congressional oversight? Talking to Mr. Trump’s lawyer to get a complete view of the Ukrainian tale? Apparently Mr. Schiff now wants to impeach Members of Congress too.

This is unprecedented and looks like an abuse of government surveillance authority for partisan gain. Democrats were caught using the Steele dossier to coax the FBI into snooping on the 2016 Trump campaign. Now we have elected members of Congress using secret subpoenas to obtain, and then release to the public, the call records of political opponents.

The Wall Street Journal’s Kim Strassel also called out the lack of reaction by the mainstream media to this hugely disturbing action.

1) Still waiting for my fellow members of the media to express their deep outrage and alarm that Intelligence Chair Schiff snooped thru and published phone records of member of the free press. The silence is deafening.

Democrats lecture about dirt-digging, even as they abuse their surveillance powers to demand phone records to smear political rivals.
https://t.co/FFIGh9Pbu3 via @WSJ

Not only an incredibly troubling abuse of power, but it comes on top of Democrats being behind the dossier which was weaponized to the media and the FBI in the effort to undermine the president. They talk about Trump and norms, while they are breaking every norm we have ever held dear and continuing to get away with it. Fed To The Rescue

'Can somebody really be that dumb'? Noted businesswoman Sally Kohn drops by to scold business owners for laying off workers in times of economic hardship; UPDATED