The left, who melts down at everything President Donald Trump does, is melting down again over the U.S. taking out one of our country’s biggest enemies, terrorist IRGC and Quds leader Qasem Soleimani, who’s responsible for the deaths of thousands of Americans, Syrians, Iraqis, and Iranians.

Sec. Mike Pompeo compared his importance to that of ISIS leader Abu Baker al-Baghdadi. Others termed him even more important because he had greater reach and greater power. This says a great deal about the quality of our intelligence and execution to pull this off.

Iraqis are celebrating in the streets the death of the “terrorist.”

Soleimani was hated for his militias killing and attacking protesters in Iraq.

Soleimani is despised even in Iran where he holds great power, especially by the pro-democracy protesters he has oppressed.

IMPORTANT: For many Iranians Qassem Soleimani was a warmonger who caused massive casualties in Syria. He was no hero to average Iranians who chanted against the country’s support for Hezbollah and Hamas 1/

Unfortunately Western media misses the point by glorifying Soleimani— He was the common enemy for people in Iran, Lebanon, Iraq and Syria. His Involvement in crackdown against university students in late 1990s was another black mark against him. 2/

Who is breathing a sigh of relief that Gen Soleimani is dead? Dissidents, feminists & secularists from Iran, Iraq, Syria & Lebanon.

He was a Shia Osama bin Laden with a national treasury & flag.

Iranians are tweeting out their thanks to Trump from this hashtag, #TnxPOTUS4Soleimani.

As an Iranian with all my heart, I thank you Mr. President @realDonaldTrump for killing Qassem Suleimani.
✌️🌷✌️
”Right on you President Trump”#TnxPOTUS4Soleimani pic.twitter.com/oEzfcourek

He killed, danced on the blood and people mourned
He didn't know that Earth spins until it became his turn.
Now he is in hell and people are dancing.
Worse than being killed is when the world is happy from your death.
I am from Iran and want to say#TnxPOTUS4Soleimani pic.twitter.com/o2qFmCq66B

Dear Mr. President, @realDonaldTrump , as an American-Iranian woman, just wanted to say thank you, you are brave, courageous and intelligent as hell! #Trump2020

I hope you see this mesagge🇺🇸🇺🇸🇺🇸

So how does the Washington Post describe this terrorist leader?

Seems they wanted to match their “austere religious scholar” description they gave al-Baghdadi.

“Most revered,” the person responsible for the deaths of countless Americans, including one in the last couple of weeks, with the wounding of several others. Do they love terrorists, or just so hate Trump? Which is it? Or both?

Even if you’re not pro-Trump, they should have the honesty to acknowledge calling a terrorist “revered” is just despicable.

Americans lit up the WaPo.

There’s no way all the keys that spell “terrorist” are broken on everyone’s keyboard at WaPo.

You are really disgusting, austere writers of propaganda.

“Revered???” WAPO is truly the enemy of the people

I’m so sorry for your loss WaPo.

I know how much you love terrorists. pic.twitter.com/RrS7urZXLP

The important question though is whether he was an austere religious scholar. 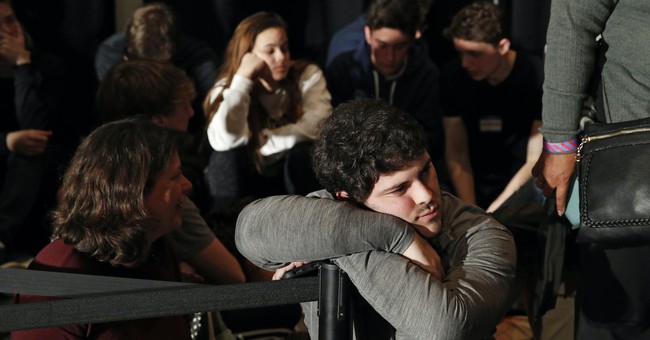