FILE – In this Dec. 5, 2016 file photo, then United States Secretary of State John Kerry delivers his speech after he receives Germany’s Federal Cross of Merit during a ceremony at the foreign ministry in Berlin. Kerry, 73, has signed with Simon & Schuster for a memoir covering his life from childhood through his recent time as secretary of state. (AP Photo/Markus Schreiber, File)

John Kerry really isn’t the person who has any standing to talk about what should be done in regards to Iran.

But that hasn’t stopped him from getting out in media and trying to spin the colossal failure of their dealings with Iran. We’ve reported here and here on how they sent “pallets of cash” to Iran plus lifted sanctions, releasing $150 billion some of which Kerry acknowledged would go to terrorists.

President Donald Trump nailed him for it in a tweet.

John Kerry got caught essentially admitting that funds given ridiculously to Iran were used to fund attacks on the USA. Only a complete fool would have given that 150 Billion Dollars Plus to Iran. They then went on a Middle East Rampage! @foxandfriends @PeteHegseth 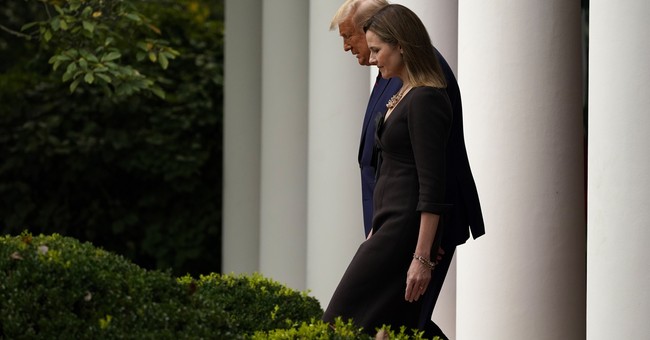 Kerry Was appearing on CBS’ “Face the Nation” to do more spinning.

Except then, astonishingly, an act of journalism, good job, CBS, they called him on it, mentioned the president’s tweet and brought up exactly what Kerry said about the money in 2016.

.@JohnKerry weighs in on @realDonaldTrump’s claims that the Iran Nuclear Deal helped fund terrorist operations: “The president’s tweet is a lie.” WATCH –> pic.twitter.com/4XhkeVqQ8I

He did it knowing and admitting “some of it will end up in the hands of the IRGC [Soleimani’s terrorist group] “some of which are labeled terrorists.” According to reports, the deal specifically released sanctions on Soleimani himself, as well as other IRGC leaders. But basically, oh, well, spit happens, nothing we can do.

He was completely caught flat-footed and boy, did he scramble and sputter, “The president’s tweet is a lie” despite his own words showing demonstrably it was not a lie. Then he tried to spin it as “most of it was going to the economy,” a fact the Iranian people would certainly take issue with, but still wouldn’t change that some was going to terrorists. Of course, that’s not the real problem, according to Kerry, the real problem is “Trump’s lies” (otherwise known as nailing Kerry with truth).

John Kerry gets completely flustered when he is shown a 2016 clip of him saying that he knew that the money Obama administration gave Iran would be used to fund the IRGC.
Notice the lip smacking thing he does when he tries to come up with an explanation.
pic.twitter.com/PlWH4JOeFs

Kerry really wasn’t expecting to be held accountable here, which is revealing on several fronts. Iran deal cash absolutely did go to fund Iran’s terrorist endeavors. It was always obvious it would, & we are still dealing w the consequences. https://t.co/CBnqk0HfLi

He already agreed at the top that money is fungible.
That makes every claim he makes in the video after that about "very little of the money went to the IRGC" is a lie.

so in other words, 'we can't account for every dollar we give them, and we don't care"