New York Mayor Michael Bloomberg, left, and Sen. Hillary Rodham Clinton, D-N.Y., appear before the start of an early St. Patrick’s Day parade in the Queens borough of New York, Sunday, March 3, 2002. The 3rd annual parade included marchers, such as gays, who would not normally be represented in the city’s more traditional parade on March 17. (AP Photo/Tina Fineberg)

Matt Drudge dropped something that’s surprising some today – the news that Mike Bloomberg was considering Hillary Clinton as a possible vice-presidential running mate, should he get the Democratic nomination for president.

Of course, he has a long way to go to beat Bernie.

It’s also problematic to have presidential and vice-presidential candidates from the same state for the Electoral College, so according to Drudge, Bloomberg, the former Mayor of New York City was even considering going as far as to change his official residence from NY to homes he owns in CO or FL.

DRUDGE: Bloomberg himself would go as far as to change his official residence from NY to homes he owns in CO or FL, since electoral college makes it hard for a POTUS and VPOTUS to be from same state. https://t.co/XH3TJA9nas pic.twitter.com/NuOy9w6HM8 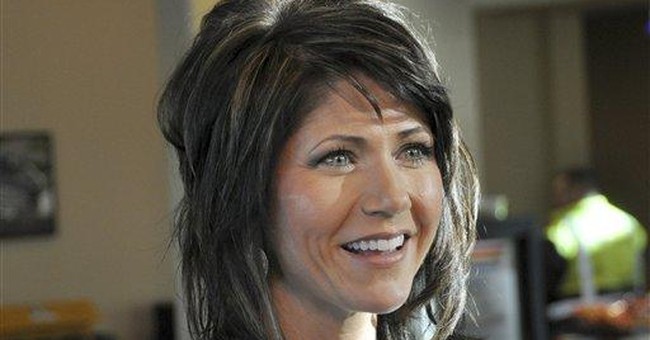 While Clinton has previously said she wouldn’t be running, she told Ellen DeGeneres “never say never” and wouldn’t rule out the question of running as a vice-presidential candidate completely.

Drudge claims Bloomberg polling found the combination would be considered a “formidable force.”

Sources close to Bloomberg campaign tell DRUDGE REPORT that candidate is considering Hillary as running mate, after their polling found the Bloomberg-Clinton combination would be a formidable force… https://t.co/XH3TJA9nas pic.twitter.com/wBwRh1hVJH

Clinton not only has a grudge against Trump for beating her in the 2016 election, but she also has attacked the presumptive leader right now for the Democratic nomination, Sen. Bernie Sanders (I-VT), believing he is one of the reasons she lost ultimately.

Trump folks clearly weren’t overly concerned but they pointed out the clear effort that would mean against Sanders.

“It appears that Bloomberg is colluding with Hillary to once again steal the Democrat nomination from Bernie,” Republican strategist and former White House official Andy Surabian told the Daily Caller. “Did anti-establishment Dems really think the establishment oligarchs in their party were just gonna roll over in the face of Bernie’s revolution?”

In 2016, there was a big scandal at the Democratic convention and the DNC chair Debbie Wasserman Schultz had to quit when leaked internal emails seemed to show a plot to damage Bernie/lean toward Hillary prior to the nomination being decided.

They really think that’s a “formidable force?” Money and someone who still can’t figure out why she lost, multiple times? UH OH, is the United Nations worried they're about to discover some countries consider them an 'u.n.essential' expense?