The Democratic establishment seem keyed to trying to have Joe Biden be their nominee.

But as they are fixed on that, there are two Senate probes going on that may impact his run in addition to the Durham probe.

One is by the Homeland Security Committee and senators inquiring into the connections between the Bidens and Burisma and any improper actions that may have been going on while Joe Biden was the point man for the Obama administration on Ukraine. 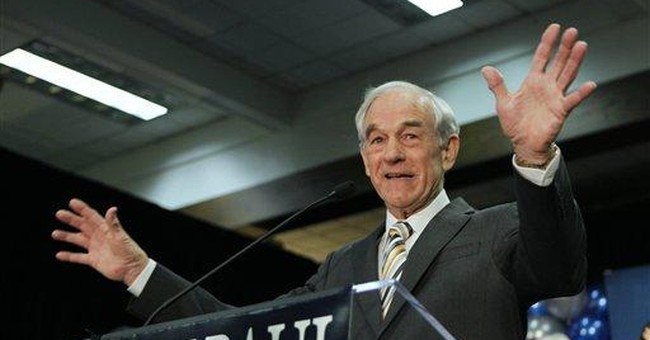 The other is the probe into FISA abuse by the Senate Judiciary Committee which is looking at how the FBI’s improper actions under the former administration improperly surveilled members of the Trump campaign team including Carter Page.

According to the Daily Caller, Graham reported that they have kicked it off with their first deposition on Tuesday. It’s not clear who the first interview was. Graham has requested to interview 17 Justice Department and FBI employees in relation to the abuse and surveillance of Page that was outlined in the IG report.

The IG report found 17 significant errors and omissions in the FISA applications. It also found that the FBI failed to indentify problems of reliability in regard to the Steele dossier and that the unreliable dossier was critical to getting the warrants.

Graham explained that they intend to call the lower officials to interview them first, then he wants to call the senior officials, like former FBI Director James Comey and DOJ official Rod Rosenstein who signed off on some of the warrants and interview them in public hearings. One reason they would want those initial interviews to be in private would be so that witness cannot compare notes and modify their testimony and that’s why the more important testimony would be at the end, so they can get all the information first from the lower officials and then use it to grill the higher-ups.

Graham said last month that his top priority is to interview FBI and DOJ employees who know about a January 2017 interview with dossier author Christopher Steele’s primary source. The IG report said the source, identified as “Primary Sub-Source,” told the FBI and the DOJ that Steele misrepresented allegations attributed to him in the dossier.

Graham’s interview wish list includes a veteran FBI counterintelligence investigator who took part in the interview with Steele’s source. The IG report was highly critical of the investigator, who is referred to as “Case Agent 1,” saying that he was “primarily responsible” for several “significant” errors during the FBI’s investigation of the Trump campaign. The New York Times recently identified the agent as Stephen M. Somma.

The FISA court has deemed at least two of the warrants invalid and has asked the FBI to implement a reform plane to prevent such abuse from happening in the future. FBI Director Christopher Wray admitted that Carter Page was illegally surveilled.

This all needs to be laid out, it’s been long enough. And it can’t just be an empty investigation where we find more bad stuff they did. There have to be consequences.

How faith shapes my politics