In the wake of President Donald Trump’s address about the Wuhan virus last night, Joe Biden gave speech about it today, trying to appear presidential.

He read a speech, he didn’t take any questions.

— Don’t hold the China accountable for covering up Coronavirus for months.

— Hold Trump accountable for his “xenophobic” Travel restrictions to and from China to help stop the spread to the US in order to protect the country.pic.twitter.com/9xIv0FQtfE

Let’s look back at what Biden has said and done in the past.

On Jan. 31, Trump put travel restrictions in place from China. According to Dr. Anthony Fauci, his doing so bought us more time to address the virus and likely saved lives.

Dr. Anthony Fauci says “there’s no question” that if President Trump had not restricted travel from China “there would have been many more travel-related cases…" 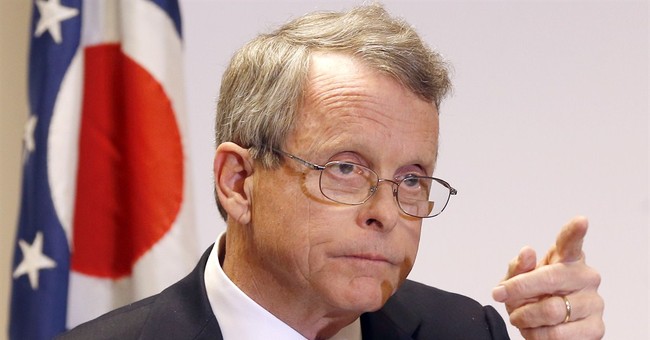 President Trump announced restrictions on Travel to and from China in response to Coronavirus.

“This is no time for Donald Trump’s record of hysteria and xenophobia — hysterical xenophobia — and fearmongering,” said Biden the day after the travel restrictions were imposed.

CNN ran a story warning that “the US coronavirus travel ban could backfire” and have the effect of “stigmatizing countries and ethnicities.”

Had Biden been in charge, it might have cost countless lives.

Biden is now walking in step with the Chinese Communist party line by not calling out China for their cover up and suggesting banning travel from an affected area is racist.

China is our biggest long-term threat.@JoeBiden has been weak on China his whole career.

This campaign, Joe needs to answer for failing to stand up to China. pic.twitter.com/pQGmdSotKB

Biden has told multiple lies about the situation – that Trump cut the CDC and the NIH (funding actually increased), that Trump was muzzling scientists like Dr. Anthony Fauci (Biden claimed that despite Fauci making public statements on the issue and debunking that Democratic lie) and spreading the lie that Trump called the virus a hoax.

There was also another problem. According to reports at the time, Biden almost caused a panic because of his remarks about the swine flu virus and the Obama administration had to apologize for him.

Here’s what Politico reported in 2009:

“Obviously, if anybody was unduly alarmed for whatever reason, we would apologize for that. And I hope that my remarks and remarks of people at CDC and Secretary Napolitano have appropriately cleared up what he meant to say,” Gibbs said during the daily briefing at the White House.

The Obama administration was concerned that Biden’s remarks would cause a panic and they were not in line with the more restrained remarks already made by Barack Obama.

“So, from my perspective, what it relates to is mitigation. If you’re out in the middle of a field when someone sneezes, that’s one thing. If you’re in a closed aircraft or closed container or closed car or closed classroom, it’s a different thing.”

Politico observed even then that the Obama administration had a concern about Biden’s “gaffes.”

These sorts of comments are what the Obama administration fears from Biden, who after more than three decades in Washington is known for making gaffes.

Biden has had fewer of them since the election and even fewer since taking office. Recently, he stirred things up by saying he was once in the Oval Office with George W. Bush and told the president that no one was following his leadership. Karl Rove flatly called Biden a “liar.”

Biden was chastised for his remarks by heads of the travel industry including the CEO of the Air Transport Association, James May, who wrote to him expressing his “extreme disappointment” in his comments saying no responsible medical professionals were saying to do that at that point. Geoff Freeman, the senior vice president of the Travel Industry Association of America, also called Biden’s comments “unfortunate.”

2000 Bush v. Gore Lawyer Exposes the 'Underworld' That 'Trades on Ballots and Forgeries'