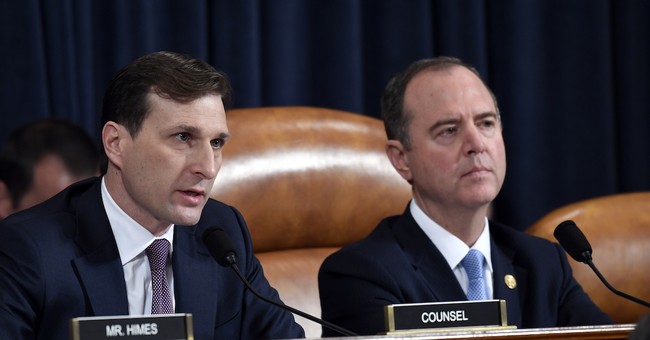 As we previously reported on Saturday, the cases of Wuhan coronavirus are likely to rise dramatically with more testing this week.

While that’s not great, as we observed, what it will do is bring down the mortality rate. It’s also important to remember that the medical experts have indicated that most people if they get it will have it mildly. That only a small percentage will require hospitalization and a smaller percentage of those will die.

But we’re going to see a bunch of folks get it who we may know from public life. We’ve already seen Tom Hanks and his wife have it.

We’ve seen the president tested for it and fortunately his test came back negative.

Members of Congress like Sen. Ted Cruz (R-TX) also faced possible exposure at CPAC from a man who later tested positive. Cruz and others are self-quarantining.

Schiff released a statement saying the staffer had left the office ten days ago but they are taking precautions.

CONFIRMED that the former staffer is Daniel Goldman, who led the impeachment questioning by the House Intel Committee. https://t.co/UFmN1ybY3B

Goldman complained about trouble getting tested and claimed that “banning Europeans” wouldn’t help him.

It will stop others with it from coming in which is why experts like Dr. Fauci are recommending it and called Trump doing it a good move. It’s now the epicenter for new cases we are getting. And for all Goldman knows, that he may have gotten it because of someone bringing it in from Europe.

I was informed that a former staffer who left our office 10 days ago has tested positive for COVID-19.

Although doctors believe the staffer contracted the virus after leaving my office, I'm taking additional distancing precautions, including postponing meetings and teleworking: pic.twitter.com/EfwsDo1BZG

No word yet on whether he has been tested or whether media is going to hound him to be tested as they did with Trump.