Dr. Anthony Fauci, director of the National Institute of Allergy and Infectious Diseases, speak during a press briefing with the coronavirus task force, at the White House, Monday, March 16, 2020, in Washington. (AP Photo/Evan Vucci)

Dr. Anthony Fauci, director of the National Institute of Allergy and Infectious Diseases, who has served under multiple presidents and who has been the scientific expert “face” providing answers about the Wuhan coronavirus, weighed in on the question about the pace of tests being provided for the virus.

He explained to Hugh Hewitt on his show that there had been a “technical glitch” in the delay of production of usable tests.

LISTEN: Dr. Fauci clears up testing issues. Getting rid of regulatory roadblocks was key, "nothing to do with anybody's fault."

"We've got it right now because we're handing much of it over to the private sector, the heavy hitter companies that do this for a living." pic.twitter.com/8idxyRdIYl

It was a complicated series of multiple things that conflated that just, you know, went the wrong way. One of them was a technical glitch that slowed things down in the beginning. Nobody’s fault. There wasn’t any bad guys there. It just happened,” Fauci said.

He then explained the way the system was set up, the “regulatory constraints” slowed the process when you were talking about such a situation and virus. That was the issue that Trump addressed to work around the issue and move to work with private labs to move the process along. Fauci said handing much of it over to the private sector has helped to deal with the broad need. Fauci said the experience means that moving forward, because of that, there would be major improvement in the future in the availability of testing.

In other words, they actually resolved a problem the was inherent in how the regulatory system was set up which might ordinarily make sense, but not so much here.

Hewitt asked whether any of the delay was due to the president, since media was of course once again trying to politicize the testing question.

“Was the glitch or anything about the production of the test President Trump’s fault?” Hewitt responded. “Or actually, let me put it more broadly, would every president have run into the same problem?”

“Oh, absolutely,” Fauci replied. “This has nothing to do with anybody’s fault, certainly not the president’s fault.”

Hewitt also asked Fauci what was it like working with the president.

“What is it like working with the president and you’ve worked with a lot of presidents,” he asked.

“It’s an interesting experience,” Fauci replid. “You know, each president has their own unique character. He’s somebody who is very active, a lot of things going on, very direct, very decisive.”

Pittsburgh anarchist blamed for rioting turns himself in 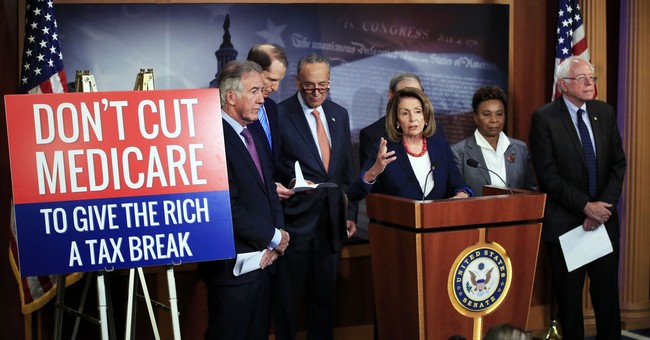