We wrote about the shooting that took the life of 19 year old Lorenzo Anderson on Saturday in the CHOP.

Both police and Fire Departments released statements noting how they were unable to immediately get to the area. Police said they were met by violent screaming resistant radicals and paramedics explained they couldn’t go in until the area was secured by the police and it wasn’t safe. CHOP ‘medics’ took Anderson to Harborview Medical Center in a private car.

While the local BLM tried to cast blame on “white supremacy,” according to Rooks who is an organizer in CHOP, the shooting happened because of a fight over using fireworks in a way that Anderson believed was dangerous.

“(Anderson) was trying to save everybody by telling the people to keep the fireworks away from the trees. An altercation arose from that,” said Rooks. “It just was a matter of egos and pride, you know, not wanting to be told what to do.”

Q13 interviewed a woman named Stacy who said she was Anderson’s godmother at a makeshift memorial to the young man at the corner of the CHOP zone.

Stacy demanded answers and accountability from the CHOP people over what happened to her godson.

She said she was “outraged, appalled and disgusted” over her godson’s death. “You just messed up your whole movement because you should’ve sat up here and been protecting him,” she exclaimed. “You guys let a black life go in your so-called ‘Black Lives Matter’ protest on the street. Come on now.”

Stacy wants to know why they didn’t let in medical help sooner and what training CHOP ‘medics’ had to deal with such a situation, whether they had any legitimate training. “I’m trying to understand, why wouldn’t you let 911 medics in to help him,” she said. “You all picked him up. He could’ve still been breathing. We don’t know that.”

Stacy said Anderson was a rapper and musician who was intelligent, always smiling and a good kid. His birthday was coming up next month.

“Everybody’s points and views matter, and he mattered and he has a lot of people out here that love him,” said Stacy.

Yes, Stacy is right, his life matters, but the decision of the group to descend into anarchy meant they placed his life at risk, not caring about the greater consequences in their quest to eliminate police. In their quest they showed they really didn’t show that “black lives matter,” as his godmother pointed out.

The mayor finally decided to try to phase out the CHOP on Monday after all the three shootings over the weekend.

But had the city shut this down earlier, like any responsible city officials would have, this also would not have occurred. Anyone could have told Mayor Durkan, there were going to be problems like this. But the city, too, decided that acceding to anarchy was more convenient than actually dealing with it. 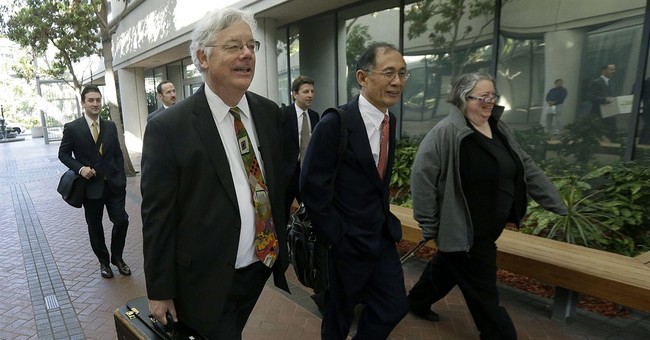