Meet Your Blogger: Yours Truly on Trump and More

Shameless Self-Promotion Department: If you’re looking to take a break from the silly news of the day, take a moment to read this interview of yours truly at Fault Lines. The interview is conducted by Scott Greenfield, managing editor of Fault Lines, blogger at Simple Justice, and . . . criminal defense attorney. I think an interview of a prosecutor (which is my day job) by a criminal defense attorney is inherently interesting, no? Since this is a political blog, I’ll tease you with one of the political questions and answers, about (what else?) Donald Trump:

Q. You parlayed your skill and experience with writing into commentary gigs at various websites. (You’ve been published in the LA Times, your blog posts have been covered in the New York Times and Washington Post, and you used to write at Breitbart before it went alt-right.) These days, apart from the blog, you’re best known as a regular at RedState.

Whether at RedState or Patterico’s Pontifications, you haven’t been one to express much support for our current President. You opposed his candidacy, and even deregistered from the Republican Party after he became the GOP’s torchbearer in the general election. By lining up behind Trump, have Republicans betrayed their limited-government ideals? Now that he’s been in office for a few weeks, has he proven as bad as you feared? Is he even worse?

What about the current immigration debacle? Is it the constitutional travesty left-leaning lawprofs claim it is? Do you take as dim a view of plenary power as they do? Was it, perhaps, unwise of Trump to deny re-entry to lawful permanent residents? In the age of Trump, can we expect the same, ahem, scrupulous level of commitment to the Constitution we were used to from Obama?

A. I do not think that support for Trump, by itself, reflects a betrayal of limited-government principles. Plenty of my readers, like me, supported another candidate in the primary, and don’t care for Trump. Many of those people voted for Trump just because he is not Hillary Clinton. That was not my decision, but I understand it and can’t criticize that point of view.

However, on May 3, 2016, the day Ted Cruz bowed out of the race, I instantly saw that the Republican party was going to start conforming itself to Trump’s vision more than I knew I would be comfortable with. Republicans were going to support big government initiatives, worry less about state sovereignty and the Constitution, and defend any number of outrageous Trumpy statements and positions. I wanted no part of it, and I wanted to disassociate myself from a Trump-led Republican Party in a very public and clear way.

My abandonment of the GOP, and my personal distaste for Trump, have been very disturbing to the part of my readership that is more partisan and less concerned with limited government principles. It’s difficult to watch some long-time readers view me as a “leftist” and treat me contemptuously, as if I were the enemy, simply because I can’t stand the demagogue that has seized control of the Republican party. But I don’t change my views to suit my readers. I suspect some other bloggers have — especially those who are dependent on their blogs for income. In that sense, it’s nice to have a day job. It makes it easier to say what I really think.

I despise Donald Trump as a person. I liked that state senator’s description of Trump as a “loofa-faced sh*tgibbon.” He’s obviously a vindictive, nasty, narcissistic, dishonest clown who has probably never read a book in his life. He is the best argument for the irrationality of the American voter we have ever seen. That said, I wasn’t looking forward to Hillary Clinton being in office, and I think Trump has done and will do some good things. His selection of Neil Gorsuch to replace Justice Scalia was brilliant.

You asked about immigration. I’m very sympathetic to Trump’s concerns over an influx of refugees from war-torn Muslim nations. I don’t think that accepting those refugees in large numbers with insufficient screening has worked out very well for Germany. The Nordic countries have seen their very successful cultures threatened by an inordinate number of immigrants with a murderous ideology and a desire to inflict Sharia law on everyone. All that being said, I am a fierce critic of runaway executive power, and I think Trump should be working with Congress on this issue. It’s also beyond debate that Trump’s rollout of this particular executive order was hasty, slipshod, and illegal as applied to green card holders and other visa holders.

There’s more about Trump at the link, including some pretty good jokes about him — but we cover a lot more than politics. Scott asks me about my first trial, why I went to school where I did, the crazies who have come after me because of my blogging, and so forth. I get a chance to mention my group the Constitutional Vanguard, for people who believe in liberty, the free market, and the Constitution (sign up here!). My favorite part of the interview is discussing the songs I have written, some of which have been covered by a few of my favorite artists. One example of those songs is called Wrong Side of the Road, covered by Steve Bertrand of The Tories, the band that did “Time for You,” the theme song for the TV show “Jesse” with Christina Applegate. “Wrong Side of the Road” is a song about going against the grain in life, a theme that is near and dear to my heart. If you like that one, there is a link to more in the interview. (And I have more to come, relatively soon!)

Twitter Does It Again, Goes After the NY Post for Their New Story on Hunter Biden, Ted Cruz Calls Them Out

I thank Scott Greenfield for the opportunity, and hope you get a chance to check it out. Twitter Does It Again, Goes After the NY Post for Their New Story on Hunter Biden, Ted Cruz Calls Them Out

‘This Is Not America’: Kayleigh McEnany Says Twitter Pressuring Her to Delete Hunter Biden Story 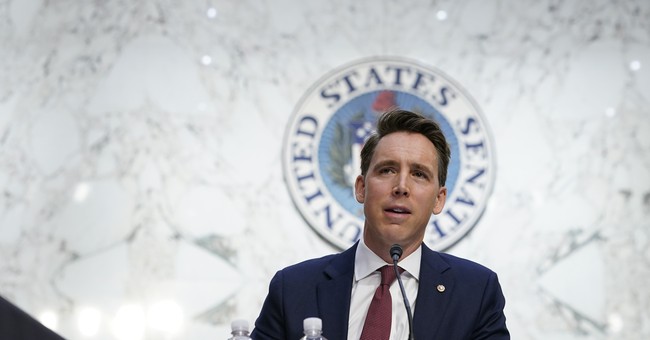