Ever since Donald Trump became the Republican standard bearer, I have praised him when he has pursued conservative policies, and defended his excellent Supreme Court pick from unfair and absurd attacks. I have also criticized Trump when he has either pursued leftist policies or acted the fool. Since Trump patently cares little about policy, and spends most of his time acting the fool, I end up criticizing him a lot.

If I criticize him for acting the fool, I am told we should look at what he does, not what he says. (Somehow, what I say is fair game for criticism, but what the President of the United States says is not.)

If I criticize him for pursuing or extending leftist policies (forcing transgender terminology on schools, calling a tepid non-repeal of ObamaCare “mean,” etc.) I am told he is Not Hillary — as if being Not Hillary excuses him for all future leftist policy positions.

Trump Administration to Teachers: You Must Use a Transgender Student’s “Preferred Pronouns” https://t.co/aQqwMaKGEX

If I praise him for pursuing conservative policies — something I have less and less opportunity to do these days — I am given a pass, of sorts. But usually a few people will come along and gloat, saying that if I had gotten my way and Hillary were President, we would not have this wonderful conservative outcome. And then I get to explain to these people for the umpteenth time that I did not want Hillary to be President and did not vote for her. No matter. The argument proceeds on the assumption that Donald Trump was owed my vote and the fact that I did not give it to him was an unforgivable betrayal of all that is good and right.

Sure, Trump may have praised the Chinese massacre at Tiananmen Square. Sure, he equated U.S. realpolitik with Putin’s murder of journalists — and even gave Putin cover on that issue by asserting that the murders cannot be attributed to Putin. Sure, he has praised single-payer health care in the past. Sure, he said he likes the ObamaCare mandate. Sure, he supports economically ruinous protection policies because he is pig-ignorant on economic issues. Sure, he donated to Hillary in the past. Etc. etc. No matter. I am history’s greatest monster because I did not give this tremendous human being my vote.

When you criticize Donald Trump, it can feel like a lonely slog.

So when I read opinions by other people that give me comfort that there is still sanity out there, I really appreciate it. And this morning I read three such pieces. They are all excellent and deserve your attention. Let me link them and quote from them in turn.

The first piece is about four days old. It’s from Ben Shapiro, and it’s so good I just want to quote the whole thing. But I won’t, because I want you to read it all. Shapiro writes:

Trump has re-enshrined the Iran deal; his greatest defender on Fox News, Tucker Carlson, now spends his evenings browbeating commentators who suggest that Iran poses a threat to the United States. Trump has doubled down on President Obama’s policies on Russia in Syria; his cease-fire deal with the Russians was so bad that even the Israelis rejected it. Trump has not reformed taxes. There is no world in which Obamacare will be repealed. There is no wall, nor will the wall be forthcoming anytime soon.

That’s not to say that Trump might not end up fulfilling some of these promises. I hope and pray he does. But it’s clear that the vast majority of Republicans no longer care if he does, so long as he does one thing: keep tweeting about the fake-news media. Were Trump to fulfill every conservative pledge but stop tweeting about Mika Brzezinski’s face and CNN’s ratings, many Republicans would be less enamored of him. Trump’s visceral rage is what thrills Republicans, not his policy — and a huge number of Republicans aren’t even interested in whether the rage undercuts his policy. If Mike Pence replaced Donald Trump and implemented every jot and tittle of the conservative program, then won reelection, most Republicans would be enraged, not excited.

The piece is just so great, and the next passage so on target, that I hope Ben will forgive me if I quote it at some length. This captures precisely what I have come to believe about too many conservatives these days:

Trump allows us to indulge our id and feel righteous while doing it. We grew up believing that decent behavior made you a decent person — but then we realized that breaking the rules not only makes victory easier, it’s more fun than having to struggle with the moral qualms of using moral means to achieve moral ends. So we’ve constructed a backwards logic to absolve ourselves of moral responsibility. The first premise: The other side, which wants bad things, cheats and lies and acts in egregious ways.

The second premise: It requires cheating to defeat them.

The third premise: If they are not defeated, the country will be destroyed.

Conclusion: It is morally required to cheat and lie and act in egregious ways.

Now, the first premise may indeed be true. But the second two are arguable at the very least. Without cheating and lying and acting in Trumpian fashion, Republicans in 2016 won massively at the state level, including governorships, and retained control of the Senate and House. And Democrats, for all their horrible perspectives, are not ISIS or Nazis. That means that the means we use matter.

But we don’t want them to matter.

And so we castigate as “weak-kneed” anyone who says that colluding with Russia to defeat Hillary Clinton is wrong. We suggest they just don’t get it. They must have wanted Hillary! They must be idiots or rubes. We must fight anyone who opposes Russian collusion, because that would undercut our fun.

Next, we have Jonah Goldberg.

I have few illusions about my ability to talk anyone out of their delusions, particularly liberals. But it is part of my job description to try, particularly with conservatives. To say I have failed — largely true — is not an argument against making the effort.

If you’re a cultist, the only thing that will snap you out of it is Trump himself. At some point, he will do something that will cause the worshippers — or at least most of them — to recognize he was a false god all along. It will be like that scene in The Man Who Would be King, when the girl bites Sean Connery on the cheek. When he bleeds, the faithful realize he is but a mortal.

This is sickening madness. If this is true, then the logical inference is that the GOP as a party believes that there was nothing wrong with the president’s conduct, even though he was a Democrat at the time. Or, perhaps, that there is nothing so wrong with what he said — and what he claimed he did — that it can justify breaking faith in the Leader.

That is moral rot on an institutional scale and the people aiding and abetting it should be ashamed of themselves.

[W]e have become precisely what he hated and claimed to stand against. Add in the ways the Right has succumbed to cult of personality politics and you have the toxic stew in which we now find ourselves marinating.

Trump will not, of course, always be with us. But he will leave a mark on the culture and character of conservativism for a very long time.

Thank you for setting an example. Thank you for reaffirming that decency is not a joke — in a culture that increasingly treats it as one.

For each of you, saying these words, and staking out these positions, is both easy and very difficult. Easy, because it’s the only way you know. You would never become one of the panderers — we all know they exist and who they are — who openly praise the worst of Trump’s immorality, and decry as “sissies” anyone who disagrees. So in a way, it’s easy for you . . . because you would never contemplate being other than who you are.

But at the same time, it’s difficult. Because expressing these positions opens you up to a lot of flak from partisans who have constituted a large bulk of your fans over the years. Your livelihood depends on an audience — and not being a panderer is costing you clicks. And you know that’s true. And still, you stand up for the right things. I admire that about you.

Thanks for helping to make the world seem a little less insane. Bubba Wallace Is Neither A Hate Crime Victim, Nor A Jussie Smollett 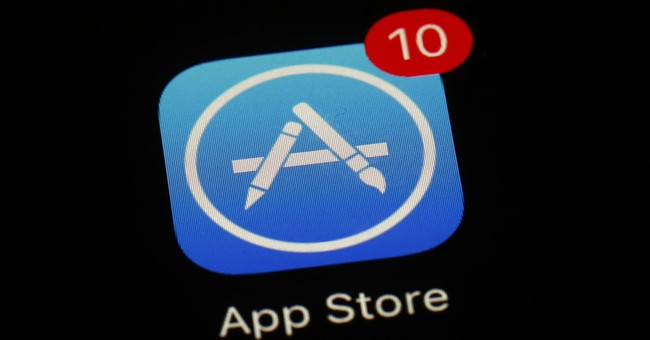 'Maybe sit this one out'! NY Gov. Andrew Cuomo wants rest of America to 'wake up' to the ongoing coronavirus threat