The most tired and most preferred liberal whimper is class warfare and hatred of success. This leftist hobby has been persistent from Marx to the New York Times, and is especially prevalent when tax reform is on America’s mind.

President Trump could cut his tax bills by more than $1.1 billion, including saving tens of millions of dollars in a single year, under his proposed tax changes, a New York Times analysis has found.

On Wednesday, the White House announced a sweeping plan to cut a variety of taxes that would overwhelmingly benefit the wealthy. The estimate of Mr. Trump’s savings is based in part on information from his 2005 federal tax return. The analysis compares what his tax burden would be under current law with what it would be under the proposal.

Mr. Trump’s 2005 return is the most recent available publicly and was released in March by David Cay Johnston, a former New York Times reporter. The Times’s figure also relies on an estimate of Mr. Trump’s net worth, calculated by the Bloomberg Billionaire’s Index to be $2.86 billion.

“I don’t benefit. I don’t benefit,” Mr. Trump said on Wednesday. “In fact, very, very strongly, as you see, I think there’s very little benefit for people of wealth.”

In fact, high-income earners like Mr. Trump are likely to benefit disproportionately if the White House proposal becomes law. The estimates, calculated with the help of Robert Willens, an accounting expert, and Stephen Breitstone, a tax lawyer, provide a view into precisely how.

My general reaction to this is: “So what?” Maybe even: “Good!”

Here’s the simple truth: the wealthy pay the overwhelming share of income taxes in this country. Here are the facts:

The top 1% of taxpayers pay a higher effective income-tax rate than any other group (around 23%, according to a report released by the Tax Policy Center in 2014) — nearly seven times higher than those in the bottom 50%.

So guess what? If you relieve that burden, who’s going to benefit? The wealthy.

And yet Big Media will always attack every single effort to cut taxes by pointing out that the cut benefits the wealthy. And they will never, ever point out the context I just gave you. True to form, the New York Times article I link here does not say a word about how much the rich pay.

Trump shouldn’t lie about it, of course. But he lies about everything.

I should add: Democrats like to pretend that soaking the rich will solve our deficit problem. That is a dirty lie. You can’t tax your way out of this problem. You could take 100% of what millionaires make — and assume that they wouldn’t stop working if you did (which of course they would) — and it wouldn’t come close to solving the deficit problem we have.

Nor does cutting discretionary spending come close to solving the problem.

The only solution is cutting entitlements. Which Trump has taken off the table. (And, to be honest, so has the voting public.)

This is why we’re headed for a crash. But lowering taxes isn’t going to change things much at all. So this handwringing over rich people — even Trump! — benefitting from tax cuts is horse feces. It’s nothing more than Big Media’s usual excuse for opposing every tax cut ever proposed. 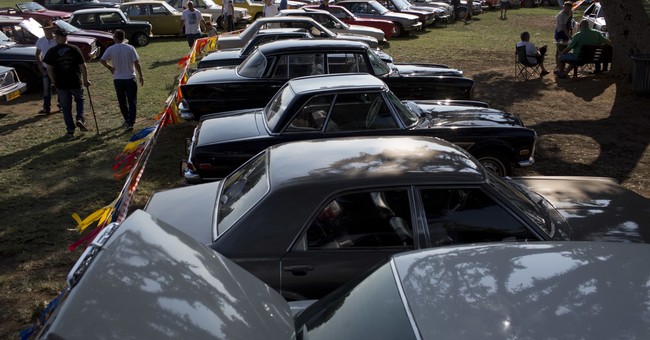 Dave Says: The Difference Between "Collectibles" And Real Investments