If you don’t have your head up Donald Trump’s rear end, you know that Vladimir Putin, while nominally an elected official, is actually a feared dictator who censors his opposition (and, if he deems it necessary, kills them). What does Putin do when one of his rivals is exposing corruption based on material on a social media service like Facebook’s Instagram? Easy peasy: just tell Instagram to take it down. They’ll comply:

Facebook-owned Instagram has taken down posts related to bribery allegations made by Russian opposition leader Alexey Navalny against the country’s deputy prime minister.

In the video, Navalny used Instagram posts from a woman called Nastya Rybka, who he claimed to be an escort. Rybka was on the yacht with both Deripaska and Prikhodko. The 25 minute video, which has been watched over 5 million times, claims that bribery took place.

The Wall Street Journal has described Navalny as “the man Vladimir Putin fears most.” While this video is primarily about a corrupt oligarch and a Putin official, and not primarily about Putin himself, Facebook would presumably be willing to take down anything Putin told them to remove, including posts promoting Navalny as a candidate. Anything to keep those sweet sweet rubles coming in.

Social media giants operate in many countries located all over the world, not just in the United States. Governments everywhere have a penchant for trying to censor stuff they don’t like, but here in the U.S., there are systems to thwart that natural government desire. Not so much in places like Russia or China. Google and Facebook are still inaccessible in China, and the price of coming back is bowing to their laws promoting censorship. They may well be willing to pay that price.

The situation creates a tension between the companies’ desire (to the extent it exists at all) to avoid censorship, and their desire to spread their services far and wide, in service of their pocketbook and shareholders — and arguably also in service of access to information. A 2016 article in the Atlantic describes the tension, and the arguments in favor of following local laws:

Google’s move to pull the plug in China is an extreme example of the kinds of decisions Internet companies operating abroad are often up against: If they want to do business, they have to abide by local laws, which can include restrictions on speech. And since the United States has some of the most permissive freedom-of-speech laws in the world, American companies must adapt in order to do business even in parts of the world that are culturally very similar to the U.S.

Western European countries, which receive top marks from Freedom House for online openness, are far less tolerant than the U.S. of hateful speech and images. In Germany, where distributing swastikas is considered hate speech and is illegal, regulators recently investigated a complaint that Facebook was not adequately enforcing national hate-speech law. But it’s inconceivable that Facebook would close down its service in Germany just because the government asks for more censorship than the First Amendment would permit.

In countries with more repressive governments, companies routinely receive requests to take down a much wider range of content that violates local laws. In Russia, for example, speaking ill of public officials can lead to costly libel suits; just across the Black Sea, “insulting Turkishness” is punishable by fines and jail time.

There are a few things that companies can do to push back against censorship-happy governments without losing access to an entire country.

Lee Rowland, a senior staff attorney at the American Civil Liberties Union, says companies should generally submit to governments’ requests for censorship, if it means they can keep delivering their services. But when they take down content from their platform, Rowland says, the company must be transparent.

“If these companies do whatever they’re capable of doing to publicize that their content is being screened, monitored, and sometimes censored by governments, I think there’s a really good argument that maintaining a social-media presence is inherently a liberalizing force,” Rowland said.

I see Rowland’s point, but I’m skeptical. At a certain point, following local laws becomes immoral. What if local laws required promoting the ideology of ISIS and removing any material that questioned their murderous view of Islam? It’s also worth noting that Rowland’s rationalization for obeying censorship laws has the side benefit of earning the social media companies a lot of cash.

Here, Facebook can point to the fact that a Russian court has issued an injunction against the video: “Deripaska won an injunction against the video after a local court ruled that the video had violated his privacy rights.” But Russian courts dance to Vladimir Putin’s tune, and judges often literally call the Kremlin to ask what their decision will be. Russian courts also participated in the phony criminal cases against Bill Browder and the deceased Sergei Magnitsky, but that doesn’t mean Interpol has to obey the red notices issued pursuant to those farcical proceedings.

BONUS COLLUSION CONNECTION: One interesting side note in the story about Navalny: the YouTube video that is at the center of the firestorm is still online. It’s wildly entertaining, actually — and not just because of the attractive women in skimpy clothing. Navalny tells with flair the story of how they caught Prikhodko (or “Daddy,” as Nastya Rybka calls him). They really got the goods on the guy, and it’s a joy to watch the proof rain down on Prikhodko’s head.

And here’s an angle that will be interesting to those following the Trump-Putin connection, and enraging to those who casually dismiss it. The video ends by reminding us that Deripaska, the oligarch who showered gifts on Prikhodko, was also paying one Paul Manafort for years — and Manafort offered to give Deripaska private briefings about the campaign. Knowing that Manafort was so intimately tied with an oligarch who we now know was bribing a top Putin official is fascinating, even for someone like me who is skeptical of the collusion narrative.

Navalny shows the viewer video of a CNN reporter running around asking Deripaska whether the briefings offered by Manafort were intended for the Kremlin. But, Navalny says, this was unconvincing at the time — because no direct connection had been shown between Deripaska and Putin, other than the usual closeness Putin would necessarily have with any oligarch. But here, Navalny says, we have a much more direct and close link between Deripaska and the Kremlin — and therefore, potentially, between Manafort and Putin … just around the time Donald Trump was accepting the GOP nomination.

You can watch the video below, with subtitles. Google hasn’t taken it down. LAPD Tells Officers Who Worked Overtime During Riots, “Sorry, We Can’t Pay You” 'You're choking me!' Free citizen of the autonomous zone doesn't seem to be enjoying free speech rights; Updated 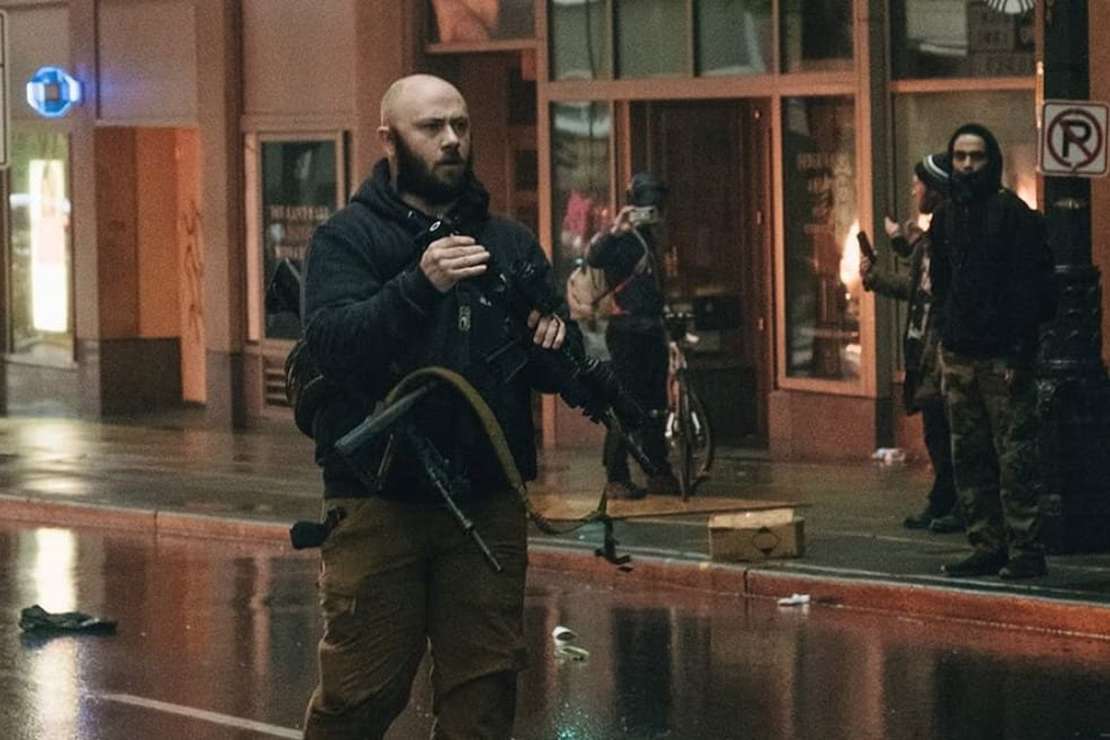