We sit by and watch the Barbarian, we tolerate him; in the long stretches of peace we are not afraid. We are tickled by his irreverence, his comic inversion of our old certitudes and our fixed creeds refreshes us; we laugh. But as we laugh we are watched by large and awful faces from beyond: and on these faces there is no smile.

The fridge had been totally nuked. The Jihadist Warlord Abu Sakkar tore off the fig leaf of civilization and revealed the gibbering, demonic barbarian behind the thin veneer of every civilized human being. Hit the play button below if you have a pretty strong stomach and your co-workers won’t get too upset. This ain’t your typical rugby party stunt. While not quite The Donner Party; it’s close enough for post-modernism.

Yes indeed. Syria has descended into serious Lord of The Flies territory. They’re flaming, bat-(bleep) crazy over there. Belloc went on to describe how this took place. “Their Faiths turn to legend, and at last they enter that shrine whose God has departed and whose Idol is quite blind.” Wow, it’s a good thing something like that would never happen here in the Good Ole’ Civilized US of A. Oh, wait…

We have a culture in Amerika that is perfectly happy with the following taking place as long as it’s “safe, legal and rare.” Here‘s another bunch of crazy barbarians from Houston, TX.

“The photos show babies that are huge, with gashes in their necks, indicating that these babies were likely born alive, then killed, just as Kermit Gosnell did at his ‘House of Horrors’ clinic in Philadelphia,” said Troy Newman, President of Operation Rescue. “In fact, there are numerous similarities between Karpen and the Gosnell case, including the disregarding of complaints by the authorities that allowed both men to continue their illegal operations.” In both cases, the babies’ skin is pink, noting a lack of masceration, an early form of decomposition that happens in babies that die in the womb. Massive bruising on the extremities of one of the babies indicates the baby’s heart was pulsing with life when the trauma was inflicted likely when grasping instruments latched on to bring the baby down into the birth canal. The eyes of the other child are open in a nightmarish expression of pain, revealing development greater than 26-28 weeks. Both sets of photos were taken sometime in 2011.

The fourth undercover video in LiveAction’s “Inhuman” expose of late-term abortion brings us renowned abortionist Dr. LeRoy Carhart reassuring a pregnant woman that carrying a dead 26-week baby inside her womb for three days is no big deal. ”It’s like putting meat in a Crock-Pot, OK?” he says. Carhart also jokes that his tools for dismembering and removing a dead child include “a pickaxe” and “a drill bit.” When advising the woman to allow nothing into her vagina for three weeks after the procedure, he says, “As I tell everyone, that includes fingers, friends, and fruit, OK?”

It’s not safe, we are not all convinced that it’s legal (as “Dr.” Kermit Gosnell found out), and according to this report about Pompano Beach, Fl; it’s not even remotely rare. So where do I get off even complaining when a US-backed Syrian rebel supplements his diet a bit in the absence of a convenient KFC? According to Belloc, as a citizen of a nation that celebrates kind, humane men like George Tiller, I don’t. He explains to the morally-obtuse Post-modernist below.

When our Lord vanishes from the household shrines of the West, the drums are muted and men worship abstractions — as they do today — new idols. But behind them there is an awful power, and it is not of this world.

Indeed. As we, in Post-modern Amerika, lie to ourselves that we are so much better, so much more civilized, so much more “Progressive” than our ignorant ancestors. We keep the cameras away while throwing our babies to the fiery Baal like the savages of Ancient Carthage. It reminds me of a scene from Cormac McCarthy’s Novel The Road. A group of desperate hungry survivors slowly cooks a baby on a spit. That is what they are reduced to after a nuclear war. I don’t notice any nukes popping off in America these days. Yet we still had no problem producing Kermit Gosnell. Cry for the America we once knew, defended and loved. 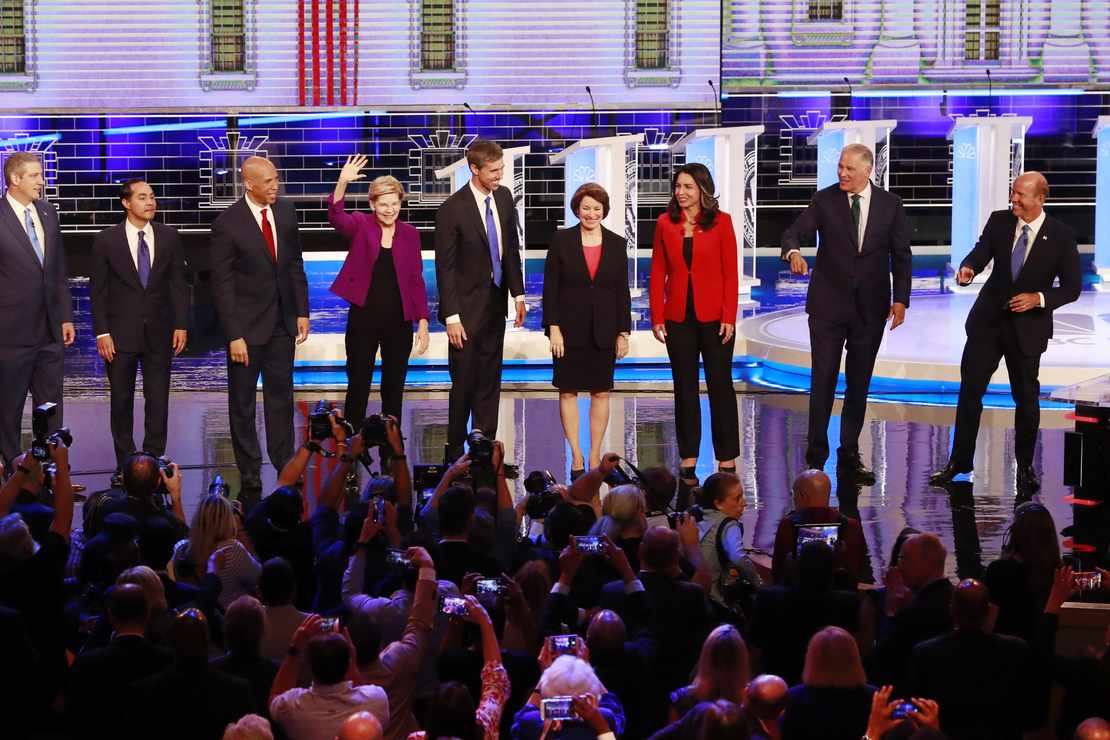 Trump's Response to the Democratic Debate Is All of Us