When a baby is born, a mother always is nearby. The question is whether a father will be involved in the life of that child and, if so, for how long.

Marriage increases the odds that a man will be committed to both the children that he helps create and to the woman with whom he does so.

The recent oral arguments at the Supreme Court highlighted this and other key questions about redefining marriage as we’ve always understood it in America. That is, marriage is the union of a man and woman as husband and wife to provide any children of that union with a father and a mother.

A leading argument from liberals is that marriage so understood unjustly excludes same-sex relationships. However, Chief Justice John G. Roberts, during arguments on California’s Proposition 8, resisted any characterization that marriage was about “excluding a particular group.”

As Roberts explained: “When the institution of marriage developed historically, people didn’t get around and say let’s have this institution, but let’s keep out homosexuals. The institution developed to serve purposes that, by their nature, didn’t include homosexual couples.”

What are those purposes? In the book What Is Marriage? Man and Woman: A Defense, my co-authors and I argue that marriage is based on the anthropological truth that men and women are different and complementary, the biological fact that reproduction depends on a man and a woman, and the social reality that children need a mother and a father.

Indeed, there is no such thing as “parenting.” There is mothering, and there is fathering, and children do best with both. Although men and women are each capable of providing their children with a good upbringing, we typically see differences in the ways mothers and fathers interact with their children as well as in their functional roles. Dads are particularly important in the formation of sons and daughters. 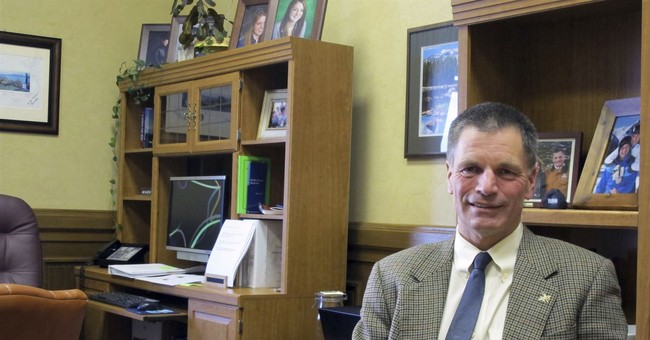 Understanding marriage in this way, what Roberts called an “institution that’s been around since time immemorial,” isn’t unconstitutional. And that question—whether our Constitution demands a redefinition of marriage—is the one before the nine justices. The Supreme Court should uphold marriage laws and the authority of citizens to make marriage policy.

Another conservative justice, Antonin Scalia, was particularly forceful on this point. In an exchange with lawyer Ted Olson, who argued that laws defining marriage as a male-female union are unconstitutional, Scalia asked “when did it become unconstitutional…? 1791? 1868, when the 14th Amendment was adopted? … Has it always been unconstitutional?”

Olson sounded stumped. “I — I can’t answer that question.”

Scalia wasn’t impressed: “I can’t either. That’s the problem. That’s exactly the problem.”

By contrast, laws against interracial marriage are unconstitutional. Race has nothing to with marriage, and racist laws kept the races apart.

Marriage must be color-blind, but it cannot be gender-blind. The color of two people’s skin has nothing to do with their marital bond. However, the sexual difference between a man and a woman is central to what marriage is. Men and women regardless of race can unite in marriage, and all children need moms and dads.

If the law recognized same-sex couples as spouses, would some argue that it fails to respect the equality of those in multiple-partner relationships? Are those inclined to such relationships being treated unjustly when their consensual romantic bonds go unrecognized, their children are “stigmatized” and their tax filings unprivileged?

This is not hypothetical. In 2009, Newsweek reported that more than 500,000 “polyamorous” households existed in America. Prominent scholars and LGBT activists called for “marriage equality” for multi-partner relationships as long ago as 2006.

If we eliminate the complementary difference between men and women as an essential characteristic of marriage, then we can’t stand on principle to limit civil marriage to monogamous couples.

Appeals to “marriage equality” are good sloganeering but exhibit sloppy reasoning. Every law makes distinctions. Equality before the law protects citizens from arbitrary distinctions, from laws that treat them differently for no good reason.

And that gets us back to Roberts’ point about the purpose of marriage.

Marriage is society’s least restrictive means of ensuring the well-being of children. State recognition of marriage protects children by encouraging men and women to commit to each other permanently and exclusively and to take responsibility for their children.

Redefining marriage would sabotage this fundamental reason for government’s interest in marriage policy.

Ryan T. Anderson is the William E. Simon Fellow in Religion and a Free Society at The Heritage Foundation and editor of Public Discourse, the online journal of the Witherspoon Institute. He is co-author with Sherif Girgis and Robert P. George of the book “What Is Marriage? Man and Woman: A Defense” (Encounter, 2012).

Anti-Trump Bias at Work: See How Fauci's Comments on Chloroquine Are Reported by The Hill vs Fox News