Remember Charlie Crist? Things Are Not Going Well For Him

Just in case you need a break from all the Memo Madness today, here’s a fun little schadenfreudelicious post about former Governor of Florida/former Republican Charlie Crist, cross-posted from The Capitolist. Enjoy!

The trajectory of the past decade has not been kind to Charlie Crist. A once rising political star has plummeted into near irrelevancy. Now one former ally is adding to Crist’s humiliation by seeking to distance themselves from him in an utterly ridiculous way.

To put this new humiliation into perspective — and, let’s be honest, have a little fun at the expense of the guy who saddled the Republican Party of Florida with the menace known as Jim Greer — a historical review of the past few years will be illuminating.

From the VP short list to freshman backbencher Congresscritter

Once the governor of a large and influential state, Crist enjoyed high favorability ratings and was viewed as a potential running mate for a Republican Presidential candidate in 2008. Even after Sen. John McCain (R-AZ) passed him over for former Gov. Sarah Palin (R-AK), Crist was still expected to waltz into an easy reelection and was not infrequently mentioned as a future VP pick or even presidential candidate.

When former Sen. Mel Martinez (R-FL) decided to retire, leaving an open seat, Crist appointed his longtime adviser and campaign “maestro,” George LeMieux, to keep the seat warm so he could run for it himself in 2010.

Crist was immediately branded the front-runner. Unfortunately for him, a thorn in his side named Marco Rubio decided to spend 2009 charming all the tea party groups, Young Republicans, and Republican Women’s clubs across the state and whittled away at Crist’s lead…until it wasn’t a lead anymore.

Rubio would manage to deliver humiliating losses to Crist not once, but twice, in that election. Heading into the primary, Rubio’s lead was becoming insurmountable, and so Crist fled the primary — and the Republican party — to scurry back onto the ballot as an independent. In the three-way general election contest, it was Rubio who sailed to an easy win with almost as many votes as his two competitors combined (Rubio received 48.9% of the vote, Crist 29.7%, and Democrat Kendrick Meek 20.2%).

After a few months to lick his wounds, Crist joined the Morgan & Morgan law firm and soon made his debut in one of the firm’s television ads. The ad was — if I’m being kind — awkward, and I posted it on YouTube, as well as writing a post about it on my former personal blog, Sunshine State Sarah.

I maintain no illusions about the amateurishness of my old blog posts, but I did manage to break the news about that first Crist ad for Morgan & Morgan, and enjoyed seeing my scrappy little website linked by dozens of major media websites.

Law firm patriarch John Morgan poured piles of money into promoting Crist, blanketing the state in television ads and billboards that touted him as “The People’s Lawyer,” a slogan that reflected both Crist’s campaign line about being “The People’s Governor,” and Morgan & Morgan’s own motto, “For the People.”

As I reported in a 2015 article for National Review, Crist wasn’t actually practicing law at Morgan & Morgan. An online search of court records found an embarrassingly short list of appearances in his entire legal career since he finally passed the bar (third time’s the charm!) in 1983.

I could find only eight cases, and at least three of those were part of the same matter. Perhaps even more telling, the firm had not even bothered to hire a secretary or paralegal for him, an essential element of modern legal practice. Crist had also somehow bungled completing his continuing legal education requirements and was temporarily suspended from practicing law.

Crist was little more than an Energizer Bunny for the firm, a friendly face drumming up interest in their product but not expected to do any actual work. 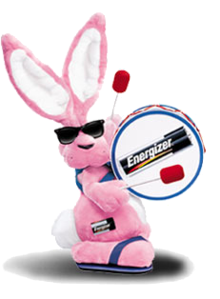 I was far from the only person to assume that there was a ulterior motive for all those ads beyond promoting a law firm to potential clients, as I noted:

Many questioned whether the sizeable investment that Morgan & Morgan had made in all those Charlie Crist billboards and ads was meant to promote Crist’s legal practice, or if John Morgan, who is an enthusiastic bundler for Florida Democratic candidates, was just exploiting a loophole in Florida’s campaign-finance laws in order to help his party retake the governor’s mansion. To be fair, none of the ads said anything about voting for Crist. But considering the powerful effect that statewide name recognition has on elections, the ubiquity of Crist’s smiling face in ads undoubtedly provided an advantage to him as a candidate.

Crist had joined his benefactor Morgan in the Democratic Party in 2012, officially changing his registration. He then went on to challenge Gov. Rick Scott (R-FL) in a 2014 attempt to get back in the governor’s mansion, but again fell short. Finally, he ran for a Congressional seat in his hometown district in 2016, winning a four point victory against the Republican incumbent David Jolly.

Morgan & Morgan spent millions of dollars on Charlie Crist — campaign finance disclosures listed his salary as nearly $300,000 from two Morgan & Morgan entities for 2013 alone, plus all the billboards and TV air time, and also the hundreds of thousands in campaign donations — but did they get their money’s worth?

A freshman Congressman is rarely influential, and it’s even worse for members of the minority party. Crist couldn’t even catch a break when it came to Congressional office space assignments, pulling a dead last 50th place out of 50 in the lottery among House rookies. Adding insult to injury: Jolly, the man he defeated, makes more appearances lately on cable news programs than Crist, the actual Congressman.

Democratic Party leaders have shown little interest in developing Crist politically. Even just this week, they passed him over to tap Rep. Joe Kennedy III (D-MA), another relatively new Congressman (elected in 2012 and over two decades Crist’s junior), to deliver the Democratic response to President Donald Trump‘s State of the Union address.

His victory in the 2016 Congressional race seems even more shallow with this perspective. To return to my previous question: did Morgan & Morgan get their money’s worth with Crist? Far from it. And now they seem to just want to cut their losses.

Crist is no longer affiliated with the firm and his biography has been completely removed from their website. The link where it was previously available now displays “Page Not Found,” although several previous versions of it are saved at the Wayback Machine site. Crist appears to be scrubbed from the Morgan & Morgan website almost entirely, with the exception of two articles I found searching the site’s archives: one about Crist joining the firm in 2011 and the other about his 2014 gubernatorial run.

In fact, Morgan & Morgan seems to be attempting to scrub their connections to Crist everywhere on the internet, and they are doing it in a surprisingly ham-fisted way.

In late January, I received a message on Facebook from a representative of Morgan & Morgan with this request:

The blog post in question is the May 2011 Sunshine State Sarah post about Crist’s TV ad that I linked above. I haven’t written any new articles there since September 2015, no longer actively promote the site, and the entire website gets barely a few hundred hits a month.

The only link to forthepeople.com (Morgan & Morgan’s site) on that blog post is Crist’s biography page, which, as I noted above, is now a dead link.

Why in the world is Morgan & Morgan worried about a dead link on a nearly seven-year-old blog post on a website that is gathering mothballs? Or, how embarrassed do you have to be about a connection to Charlie Crist that you would even think to make such a request?

The “Luke Vanderveer” who sent me the message is not listed as an attorney on Morgan & Morgan’s website, although I was able to find online profiles for someone under that name who does online marketing and consulting work for law firms. I emailed him at the address he provided to say that I did not see any reason to remove the link and thought it was an odd thing to complain about. That was over a week ago and I received no response (the email did not bounce back either, indicating this is a valid Morgan & Morgan email account).

I don’t believe that Vanderveer was aware that I used to practice law in Florida, or perhaps he would not have bothered to make such a ridiculous request. There is simply no legal basis to demand that I remove a link to a public page on their website when it was clearly just a factual reference; I linked Crist’s biography page on the text “joined the Morgan and Morgan law firm.”

I will admit I got a chuckle out of the phrasing “our legal team has requested that you remove all links.” Who is on this legal team? Do they know they are being invoked to make an utterly ridiculous request? Or was this just an obnoxious tactic by a consultant hoping to intimidate some little blogger, hoping I would comply without asking too many questions?

Sorry not sorry, but I have no desire to remove a factually accurate link on a seven-year-old blog post (that’s a dead link anyway!) just because a law firm that spent millions to promote a lawyer who wasn’t practicing law feels bad about it now.

I hadn’t thought much about Charlie Crist recently and he wasn’t on my radar at all, until Vanderveer’s silly message. Hire better consultants, Mr. Morgan. This one, to paraphrase Julia Roberts’ character in Pretty Woman, made a big mistake, a big, huge one by drawing attention to the very thing from which your firm apparently wants to distance themselves. 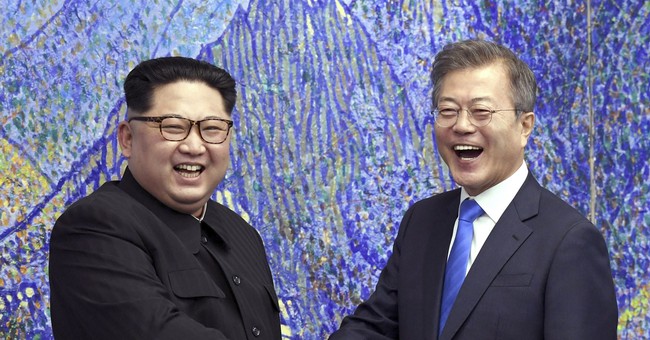