“If you see something, say something,” we’ve been told for years regarding threats like terrorism and potentially violent coworkers and classmates. The assumption, naturally, is that if we say something, the authorities will then do something.

The news reports about the school shooting in Parkland, Florida are making it infuriating clear that plenty of people said something but people failed to do something.

According to a report by CNN today, the police were a frequent presence at the home of Nikolas Cruz, who has confessed to the Valentine’s Day shooting at Marjory Stoneman Douglas High School. Documents obtained by CNN show that law enforcement responded to his house thirty-nine times since 2010.

Many of Cruz’s neighbors and former classmates have told reporters stories of his disturbing behavior, including stealing mail, torturing animals, an obsession with firearms, and frequently discussing morbid topics like school shootings.

Cruz also made numerous online posts about school shootings or murder, making comments like, “I wanna shoot people with my AR-15” and “Im going to be a professional school shooter,” the later of which was under his uniquely spelled name and was confirmed as reported to the FBI.

As we are learning today, the FBI failed to follow their own protocols after that report was made. 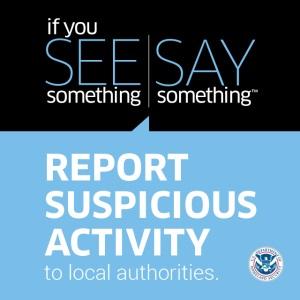 A motto or a cruel joke?

“If you see something, say something.”

For this to work, the American public needs to be able to trust that the next step involves someone who is able to do something.

Media hails Wall of Moms as Portland heroes. Here’s why they are not.