Virginia Gov. Ralph Northam (D) is fighting to salvage his political career after a blackface photo scandal, and as part of that effort, his staff have given him homework assignments to help rehabilitate his reputation.

It’s been a wild roller coaster of political news this past week from the Old Dominion State, after Northam’s medical school yearbook resurfaced, showing his fourth year photo page as including a photo of two men, one in blackface and one in a KKK white hood costume.

Northam originally apologized for wearing an offensive costume (without clarifying which one he was), then revoked that admission and denied he was either of the costumed men, admitted to wearing blackface on another occasion as part of a Michael Jackson tribute costume, almost did a moonwalk at a press conference until his more prudently-inclined wife discouraged him, and is now saying that because he is left-handed, he wouldn’t have held a beer in his right hand, as both people in the photo are shown to be doing.

In the middle of all of this, Virginia’s Attorney General Mark Herring (D) admitted to his own previous blackface costume and the Lt. Governor Justin Fairfax (D) has one — no, wait, make that two — women making on-the-record accusations that he sexually assaulted them.

Has anyone tried turning Virginia off and then back on again? pic.twitter.com/ho2VMXRzAk

Scores of Democrats in Virginia and the national level have joined the calls for Northam to step down (including Herring, a few days before he admitted his own blackface history), and Northam has been scrambling to keep his job.

Sources close to Northam told Buzzfeed News that part of that strategy includes looking at how his office “might recalibrate Northam’s legislative agenda to focus closely on race and equity…crafting a set of proposals based on the premise that the governor’s mistakes have rendered him keenly aware of inequity and the lack of justice faced by black Virginians 400 years after the first African people arrived in the Commonwealth, at Point Comfort, in 1619.”

Northam’s advisers have also reportedly “assigned the governor homework,” reading assignments to enlighten him on racial issues. His woke reading list includes “Roots” by Alex Haley, a 1976 novel that told the story of an 18th-century African who is sold into slavery in America, and “The Case for Reparations,” an essay in The Atlantic by Ta-Nehisi Coates, which advocates for financial reparations for African-Americans to compensate not just for slavery, but for generations of housing discrimination.

Despite Northam’s convoluted attempts to explain away the photo, the fact remains that it was selected to be prominently featured on his yearbook page — one of only four photos on the page. I have never heard of any educational institution publishing a yearbook — from grade school through college — that didn’t have students review and approve their senior pages. It’s theoretically possible Northam did not submit that specific photo himself, but it’s beyond all reasonable plausibility that he never had the chance to see and approve it before it was published. 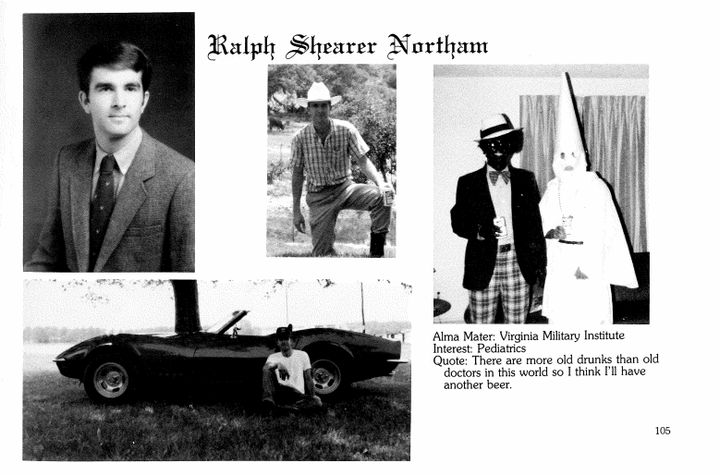 Northam’s advisers are hoping that throwing money at some select causes will help Virginians forgive him, and reading a book many of us read in high school will help prove his sincerity.

If you need to read “Roots” to know that slavery and racism are evil, you might be past the point of saving. Can an old vaccine stop the new coronavirus? – HotAir