Journalists sometimes cover stories in areas that can potentially be dangerous, and seek the cooperation and advice of military and/or law enforcement personnel to assist them. Such was the case yesterday with Lawrence Billy Jones, who’s been taking on increasingly prominent roles at Fox News Channel, including joining Sean Hannity’s evening program as a correspondent.

Jones, who is based in Texas, joined Border Patrol agents to report from the border area in Laredo.

Shortly before videoing his segment yesterday morning, Jones tweeted the following photo, wearing a casual outfit of jeans and a polo shirt, along with a green protective vest:

Coming up on @FoxNews live from the border. pic.twitter.com/aRlNQxrO1x

The reaction on Twitter from liberals was swift and petty. Typical among the kindergarten taunts lobbed at Jones was this tweet from Rep. Alexandria Ocasio-Cortez (D-NY), who joked that Jones got his outfit at “Party City” and attacked Fox News for “mak[ing] the border look more dangerous than it is.”

Does “live from the border” mean Party City?

As Jones explained, he wore the vest at the request of the Border Patrol agents who were there escorting the Fox News team.

Easy. The agent standing right in front of me RIGHT NOW said, “when you’re with me I’m responsible for your safety. So you’re putting on a vest.” https://t.co/hHbxZc5EML

He explained further in an interview with Hannity, that there are shootings in the area because of the cartel activity on the Mexican side of the border.

.@LawrenceBJones3 on viral bulletproof vest pic: CBP "told me to put it on to keep us safe here. Just two months ago, there was a shooting. … We control this side of the border, but the cartel controls the other side of the border. There's been gun fights." pic.twitter.com/71BeGMCBZd

I previously worked with Brandon Darby at Breitbart Texas when I lived in Austin, and Darby and his team have covered the border issues and Mexican cartel violence for years. It is a fact that there are areas that are not safe along the border.

Twitter pundits like AOC clearly have internet access, so I will just suggest that they wander over to that Google dot com part of the internet to learn more — “mexican cartel violence in texas” is a good place to start.

I suppose I could also point out some of the easily found images of other journalists covering border issues who are also wearing similar protective gear, like the featured photo of Chris Cuomo in a Breitbart Texas article from last year: 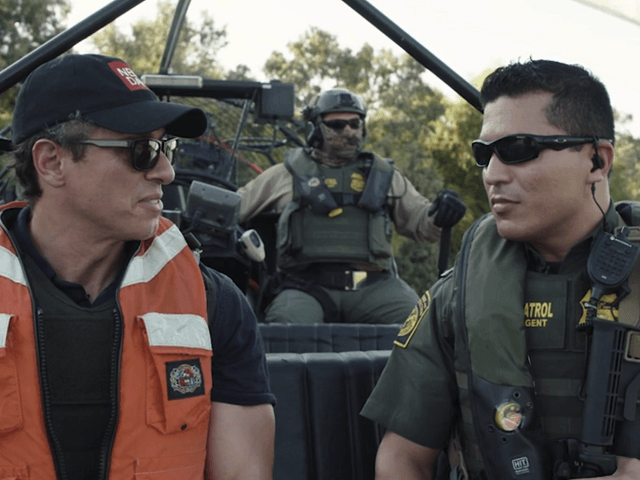 In the end, the most important factor of this story is that Jones was traveling with Border Patrol agents, they told him to put on the vest to be safer, and he did.

And AOC and a motley assortment of Twitter clowns mocked him for it.

Roland Martin was one of many who derided Jones as “think[ing] he’s headed to a war zone,” a claim that Jones never made.

Bruh, save it. Did I say it was a war zone or did you ignorantly assume that because I was wearing a vest? Bottom line: CBP instructed me to put on one of their vests during my ride along. Period. https://t.co/7DSimIu4sH

The last tweet Jones posted last night was to thank one of the Border Patrol agents who had spent the day with him for keeping him safe.

Thanks for keeping me safe, K. pic.twitter.com/M3aA2QIZWV

'Told no one, did nothing': Mollie Hemingway reminds us Rep. Adam Schiff's aides briefed on Russian bounty allegations in February