With the latest addition of — hang on, I have to Google it, ok it was Montana Gov. Steve Bullock — in the Democratic presidential primary contest, it’s officially the largest primary field in modern American history. That’s not necessarily an advantage for the Democrats.

Add in President Donald Trump, running for re-election, and former Massachusetts Gov. Bill Weld, challenging Trump for the GOP nomination, and this crowd of 25 far exceeds the presidential primary candidates we’ve seen in years. That’s true going back to at least 1980, according to Bloomberg.

The 2016 Republican primary seemed overwhelmingly large at the time, peaking at 17 candidates in July 2015. This Democratic group passed that point back in April of this year.

The Democratic primary is likely to remain a clown car for some time to come. As Bloomberg noted, primary fields have not historically narrowed until the first month or so of the election year.

There is also little incentive for any of the candidates to drop out early. Running for president brings opportunities like book deals and media appearances, and positions one to be considered for the vice presidential slot.

And while it’s true that the plethora of choices may energize some Democratic voters, the party is facing huge risks from this chaotic crowd. They desperately want to defeat Trump — a rich, old, white man they frequently attack as racist and sexist — and have spent years messaging to women and minorities that only the Democrats care about their issues.

But despite a diverse primary field that includes a wide variety of ages and races, the first major party openly gay presidential candidate, and a number of accomplished female candidates, the solid frontrunners remain two more rich, old, white men: Biden and Sanders. Buttigieg is gay and checks another diversity box as one of the youngest candidates (I believe he’s the first millennial presidential candidate), but he’s also still another white guy.

FiveThirtyEight reviewed four decades of primary polls and came to the conclusion that early polls actually are an indicator of success. Name recognition is obviously a factor early on, but another study they did showed that adjusting for name recognition did not significantly dilute Biden or Sanders’ support.

Democrats want a candidate who can beat Trump. Hillary Clinton failed in 2016 because even though the majority of Republican primary voters had preferred another candidate over Trump, and many still had reservations about him leading up to the general election, she was viewed as so unlikable and extremely liberal that conservative voters could not stand voting for her. Sanders poses a similar risk, with his long history of openly advocating for socialism.

Is Biden the strongest candidate the Democrats can put up against Trump? They might not have much of a choice, and there’s not much they can do about it now. The underhanded interference by Clinton loyalists to influence the 2016 primary has left a bitter taste still in many party activists’ mouths, and there’s no way they could alter the debate qualification or primary voting and caucus rules now without risking a rebellion.

This crowded primary field is also robbing Democrats of some of their talent for other major offices. With so many current and former governors and senators running for president, it makes it difficult if not impossible for them to run for re-election or for another statewide seat, due to the demands of the presidential campaign trail and the laws in some states about running for multiple offices.

For example, several of the current presidential candidates have the name recognition and infrastructural resources to make them potentially strong challengers against the incumbent Republican Senators in their states. Control of the Senate in 2020 is of critical importance beyond which party wins the presidency, and the Democrats are leaving a number of key races to lower tier contenders.

O'Rourke, Hickenlooper, Bullock, and Castro, who could run for Senate against GOP incumbents (in TX/CO/MT/TX) but are running for president instead, are polling at 2%, 1%, 0%, and 0%. https://t.co/M35Toxuxs2

Beyond a barrage of fundraising emails, [Hegar] has kept a low profile, not holding any public campaign events and doing only a handful of media appearances — all things one would expect as a candidate looks to establish early momentum in a nationally watched race.

“It’s concerning,” said one Democratic strategist unaffiliated with any of the declared or potential candidates. “At this time two years ago, Beto was criss-crossing the state. The question I’m seeing now is where exactly has MJ Hegar been?”

As the article notes, several other Democrats, including Houston Councilwoman Amanda Edwards, former Congressman Chris Bell, and State Sen. Royce West, are considering competing in the primary to take on Cornyn in 2020. None of these people have the name recognition or fundraising network that O’Rourke or Castro do, either in Texas or nationally. In fact, I don’t think it’s much of a stretch to say they may not even reach O’Rourke or Castro’s level if you added them together cumulatively. 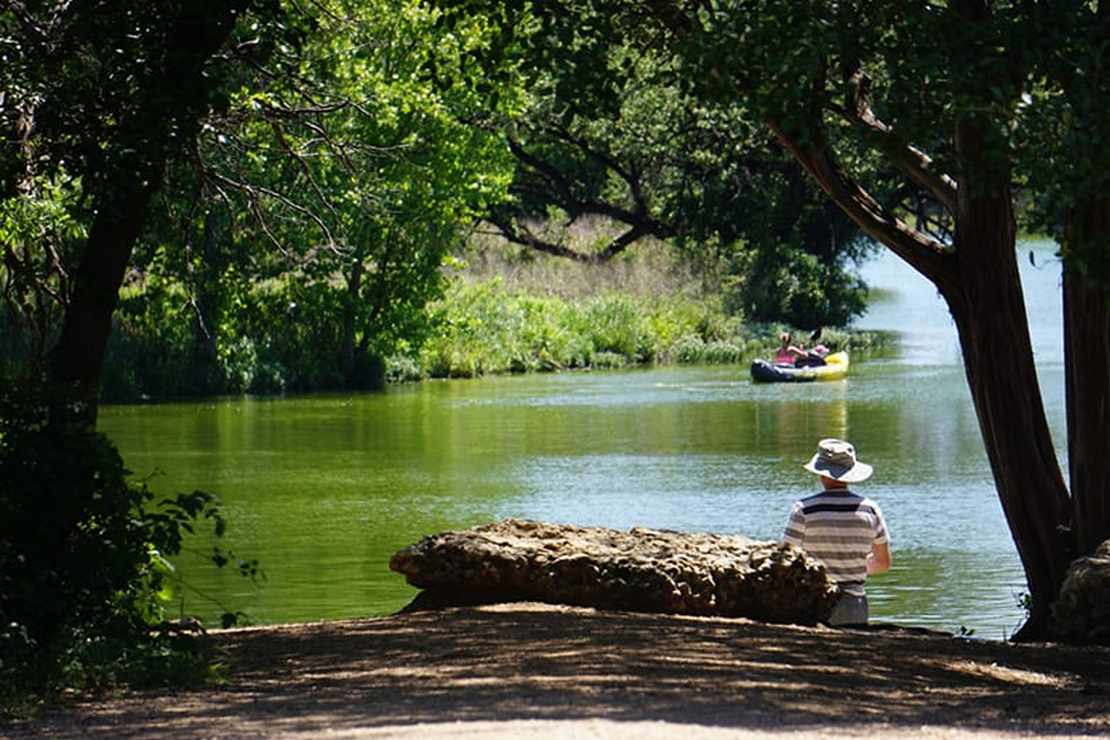