The election of President Donald Trump has infected small, seemingly contained portions of America with a disease.  The outbreak exists largely along both coasts – but there are also major infestations in urban areas and university campuses throughout the country.  And a particularly virulent strain is running rampant through newsrooms nigh everywhere.

The malady is Trump Derangement Syndrome (TDS).  TDS doesn’t seem to affect the sufferer’s body – but the mind is quickly and, it so far appears, irrevocably warped.

President Trump ran promising certain things.  And he is now implementing precisely those things.  This is, of course, quite astonishing to most political observers – who are used to politicians doing close to nil of what they promised on the trail.

But Trump won on those things, so people un-afflicted with TDS find his keeping his word to be generally refreshing – and think he has won the right to do those things.

Let us look at one Trump promise – and TDS sufferers’ reaction to his keeping it.

Behold Network Neutrality.  Net Neutrality is Socialism for the Internet – it guarantees everyone equal amounts of nothing.  It is government preemptively ruling out any innovation anywhere – unless and until it rules it in.  So it is Survival of the Fattest – May-the-Best-Lobbyists-Win.  The companies with the most campaign and K Street coin to throw around – get the government policy they want.  Net Neutrality is terrible, top-down, cronyism-infested, government-overlord-ism.

Net Neutrality is something that, under an orderly Constitutional process, would emanate from Congress.  Legislation imposing it would be passed by the Legislative Branch, signed by the President – and then his Executive Branch would execute it.

Tucker Carlson Was About to Be Doxxed By The New York Times, And Here’s Why

But Net Neutrality is such a terrible idea, most Democrats wouldn’t even touch it.  The Donkey Party gave up on passing it through Congress – back when they controlled Congress.

And We the People certainly didn’t seem at all interested.  In 2010, ninety-five Congressional Democrat candidates ran on a Net Neutrality pledge – all ninety-five lost.

But Constitutional order and the will of the people never mattered to the Barack Obama Administration – so in February 2015 its Federal Communications Commission (FCC) unilaterally imposed Net Neutrality.

Not yet even a candidate, Trump in advance of the FCC’s seizure Tweeted “Obama’s attack on the internet is another top down power grab. Net neutrality is the Fairness Doctrine. Will target conservative media.”

Trump was, of course, exactly right.  And given how President Trump is rigorously adhering to Candidate Trump’s campaign promises – no one should be stunned that his FCC is already working to undo Net Neutrality.  Yet TDS sufferers everywhere are losing their collective hive mind.

And the winner for understated media analysis:

But before you mind meld into their mindless meltdown – some Reality.

The Internet was privatized in the mid-1990s – by the Democrat Bill Clinton Administration.  As nigh always happens when the government gets out of the way of something – the Internet exploded.  Nothing in human history has grown this big this fast.  It has become a free speech-free market Xanadu.

And it did all of it – without any Net Neutrality regulations whatsoever in place for 98+% of its existence.  Was the Internet  in 2015 anything other than amazing and incredible?  Hadn’t it repeatedly, serially exceeded all our expectations and dreams?  Absolutely it had – and it had done so without any Net Neutrality regulations ever being in place.

If ever the phrase “If it ain’t broke – don’t fix it” applied to anything – the Net-Neutrality-regulation-free Internet was it.

But the Obama Administration didn’t like all of that free market success – totally bereft of unnecessary government interloping.  So it started unnecessarily interloping – unilaterally imposing Net Neutrality upon an Internet that didn’t need or want any part of it.

Title II (and Net Neutrality) Has Depressed Broadband Investment: “(FCC Commissioner Ajit) Pai pointed to research that showed a decline in capital expenditures by the major wireless companies of 12% in the first half of 2015 compared to the same time period in 2014—when the FCC was still expected to restore open Internet rules without reclassifying broadband.  Only twice before have broadband service providers’ capital expenditures fallen on a year-over-year basis,’ he said, ‘following the dot.com bust in 2001 and the Great Recession in 2008.”

Get that?  Internet investment had only dropped twice – after a massive terrorist attack, and a global financial collapse.  And then a third time under Net Neutrality – which, economically, inflicts damage similar the these two cataclysms.

The cure for Net Neutrality – is repeal.  The cure for Trump Derangement Syndrome – remains a mystery for the ages. Soros-Backed Philly DA Larry Krasner — “Defendant No. 1” in a Future Federal Indictment for “Obstruction of Justice”?? Rep. Yoho Apologizes to AOC for 'Accosting' Her, Gets Humiliated and Shown Why You Shouldn't Apologize 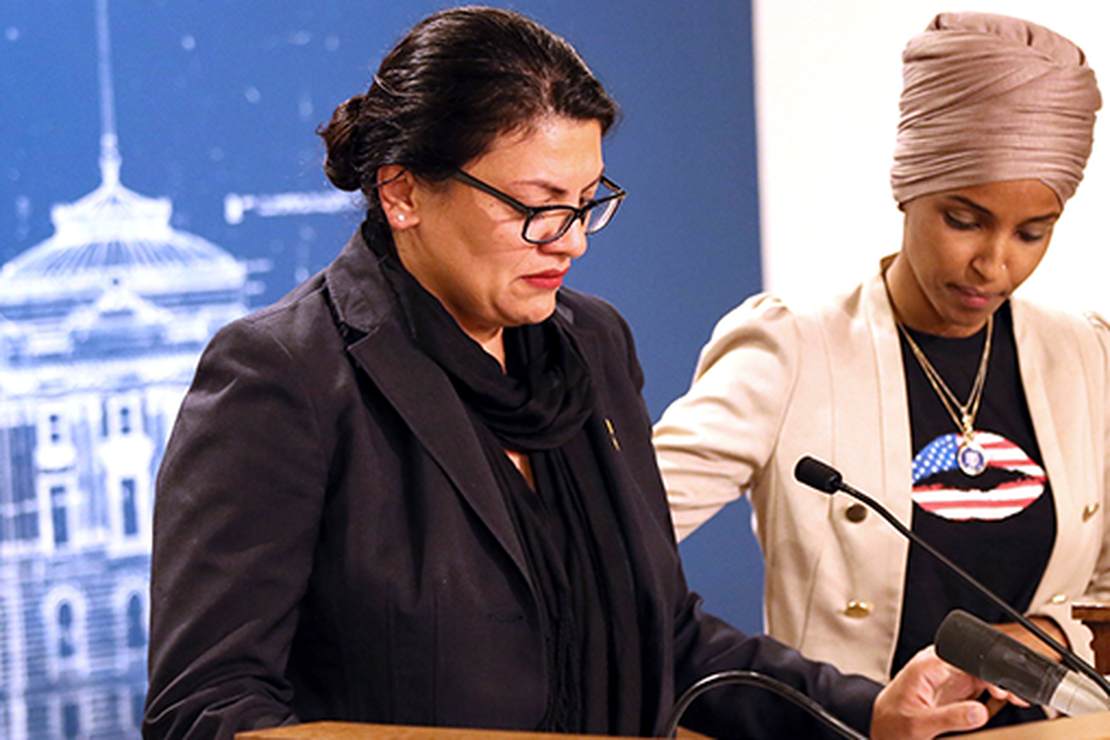