Just when you thought the Gen. Flynn case couldn’t get any weirder.

The FBI conducts a counter-intelligence investigation of Gen. Flynn to determine if he’s a Russian agent, and finds after almost five months there is “no derogatory information” on him.

James Comey decides he wants agents to interview Gen. Flynn about phone calls with the Russian Ambassador — not regular Special Agents, though, he sends a Supervisor and a Deputy Assistant Director.

James Comey says even though Gen. Flynn wasn’t truthful with Agents, he did not think Gen. Flynn would face any criminal charges.

The Special Counsel’s Office threatens to prosecute Gen. Flynn’s son if Gen. Flynn refuses to plead guilty to lying to the FBI agents.

Gen. Flynn, on the advice of attorneys who never saw the government’s evidence or the FBI report of Gen. Flynn’s statement, pleads guilty in order to save his son.

Gen. Flynn appears for sentencing expecting and prepared to be sentenced to probation as agreed, only to have a grandstanding Judge Sullivan accuse him of treasonous behavior –before admitting he doesn’t know the elements of the crime of treason; so he then accuses Flynn of having “sold out his country” by serving as a paid consultant for Turkey (a NATO ally) while at the same time being paid as National Security Advisor — only that was not factually correct since Flynn canceled his business contract with Turkey before accepting the position of NSA.

Gen. Flynn takes Judge Sullivan up on his “pointed” offer to postpone his sentencing to a future date when his cooperation with the SCO would be complete.

Only he next has a serious disagreement with the SCO about what testimony he could truthfully offer at the trial of his former business partner — and it was not the testimony the SCO wanted from him.

The subject of that testimony was to involve paperwork filed with the government which was prepared by the same law firm that represented him in his criminal case, and recommended that he plead guilty without having seen the evidence against him, and convincing him to waive in writing any claim or right he might have to see the evidence.

The disagreement with the SCO led to the SCO reversing itself on the record of a case and taking the position that Gen. Flynn was a criminal co-conspirator, after previously having taken the position in the same case that he was not a criminal co-conspirator — all for the purpose of trying to get statements into evidence allegedly made by Gen. Flynn without having to call him as a witness because they knew his testimony would hurt their case.

Gen. Flynn then demands production of evidence favorable to him that is required under Judge Sullivan’s standing order in all criminal cases only to have the SCO insist that there was no such evidence to produce, that Gen. Flynn had waived his rights to any such evidence if it did exist, and then producing a significant volume of evidence while claiming that it wasn’t within the scope of Sullivan’s standing order but they were providing it anyway.

Judge Sullivan then denies pretty much every claim made by Gen. Flynn for evidence to which he claimed to be entitled, excusing non-production in some instances with the “Stuff gets lost all the time” excuse.

Gen. Flynn then moves to withdraw his guilty plea based on information found in some of the materials that were produced by the SCO even though they claimed they had no obligation to produce the materials.

Just prior to the date for the former SCO prosecutor — having been abandoned by all his SCO colleagues who all parachuted out of their matters months earlier — to respond to the motion of Gen. Flynn to withdraw his plea, more materials are produced to Gen. Flynn by order of a U.S. Attorney brought in to review the manner in which the Flynn case had been handled.

Not too long after this late production of materials favorable to Gen. Flynn, the same US Attorney recommended to Attorney General Barr that the case be dismissed because the original interview of Gen. Flynn may have taken place at a time the FBI had no bona fide investigation of Gen. Flynn open which would have justified the decision to interview him, making his answers not “material” to any pending matter, and therefore not covered by Sec. 1001 under which Gen. Flynn had been charged.

Thereafter, the Department of Justice filed a motion to dismiss the case, in which Gen. Flynn’s counsel concurred and consented.

Judge Sullivan, rather than dismiss the case, instead enters an order authorizing the filing of amicus curiae briefs and appoints an amicus counsel to file an opposition to the motion filed by DOJ — naming a retired judge who just published an OpEd piece in the Washington Post attacking the motion filed by DOJ and suggesting that Judge Sullivan appoint a “friend of the court” to oppose the DOJ motion.

Gen. Flynn’s counsel files a Petition for Writ of Mandamus with the Court of Appeals for the DC Circuit, asking the Court to “Mandate” that Judge Sullivan dismiss the case based on controlling Circuit precedent, an exercise that almost never produces a Writ such as that sought by the Defendant.

Giving a “one-finger salute” to the filing of the Petition, Judge Sullivan enters an Order setting a briefing schedule for the filing of opposition and reply briefs on the issues before the Court as set forth in the DOJ motion to dismiss, setting a hearing date nearly two months away.

The next morning the Circuit Court of Appeals ORDERS the district judge to personally respond to the Petition for Writ of Mandamus and address the issue of whether he has any discretion on the question of granting the motion to dismiss the case — giving him only 10 days to do so, which includes a federal three-day holiday weekend.

Judge Sullivan doubles down by hiring private legal counsel to assist him in responding to the Circuit Court’s order.

You couldn’t even make this up.

Judge Sullivan has hired the very experienced and very well-known Washington DC criminal defense attorney Beth Wilkinson to “represent” him in connection with the Circuit Court order, although it remains an open question whether the Circuit Court will accept or hear anything from her on Judge Sullivan’s behalf.  Their order was specific as to him, he’s not a “party” represented by counsel, and if Judge Sullivan is not capable of answering a question about the application of a Rule of Criminal Procedure, the Appeals Court might want to take up the question of Judge Sullivan’s fitness to serve as a district court judge, since understanding and applying the Rules of Procedure is kind of a basic job requirement for the position.

Wilkinson is a “go-to” attorney for high-profile cases in the DC area.  She represented multiple individuals connected to the Hillary Clinton email investigation.

She also served as a federal prosecutor, and was on the trial team for the case against Oklahoma City bomber Timothy McVeigh.  She was one of two government attorneys to give a closing argument in the penalty phase of the trial, successfully persuading the jury to recommend the death penalty for McVeigh.

She has been a partner at two very high profile law firms and, in between, she was Executive Vice President and General Counsel for Fannie Mae.

Prior to Judge Sullivan, her most recent high-profile representation was advising Supreme Court nominee Brett Kavanaugh on how to respond to the allegations of sexual misconduct leveled against him as part of the confirmation process.

So, what is it that Judge Sullivan hopes to accomplish by hiring Attorney Wilkinson?

My theory is that this course was urged upon him by supporters who recognize that, if left to his own devices, Judge Sullivan was quite capable of responding to the Circuit Court’s order with a caustic, derisive, and thereby self-defeating screed challenging the DOJ motion.

Among the relief requested in the Petition filed by Gen. Flynn’s counsel is that the matter be reassigned to another district court judge, setting forth the litany of hostile comments made by Judge Sullivan in writing and in open court about Gen. Flynn and his current counsel.  An “on tilt” response by Judge Sullivan to the Circuit Court’s order would probably be all that would be necessary for the Circuit Court to issue a Writ of Mandate directing the Presiding Judge of the District Court to reassign the Flynn case to another district court judge for all further proceedings.  That would be a simple and easy solution for the Circuit Court that would save it from having to take a position on the merits of the Rule 48(a) motion or Judge Sullivan’s threat to pursue a contempt citation against Gen. Flynn.

It would also be a huge personal humiliation for Judge Sullivan, and could end his career.

Placing Beth Wilkinson — well known and respected by all the Circuit Court Judges — between Judge Sullivan and the three-judge panel of the appeals court seems to me to be an effort to ensure that Judge Sullivan’s response is measured and non-antagonistic — even though he’s likely steaming that the Circuit Court has embarrassed him publicly by issuing the Order the way they did.

It’s very possible she may counsel him to respond with a concession that Circuit authority dictates that dismissal is appropriate, and his only interest in conducting an inquiry is to confirm there are no ulterior motives at work which are being hidden from the Court.  He should probably abandon the amicus briefs and the appointment of Judge Gleeson since both are unprecedented, and clearly played a role in the Circuit’s responding as it has.

I expect that the response will be signed by Judge Sullivan alone.  If I were Beth Wilkinson I would tell him: “Why risk the spectacle of the Circuit rejecting something signed by me?”

Her reputation is one of ensuring that “cooler heads prevail”.  With a week to prepare a response, I think she’ll be successful in making that happen.

Then again, it is Judge Sullivan. 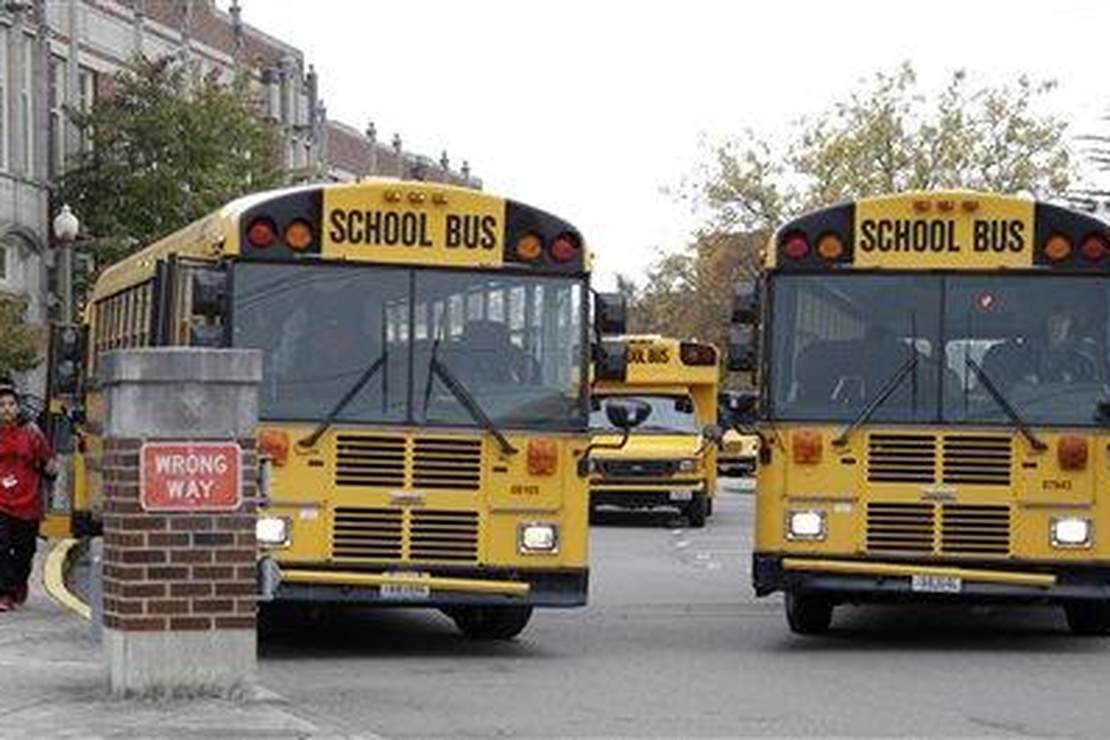