The Chairmen of various Senate Committees have significant resources at their disposal on matters within the purview of their Committee.  They have almost unchecked power to issue subpoenas and conduct investigations.  They have very large committee staffs separate and distinct from their Senate Office Staffs.  The Senate Judiciary Committee is one such committee, and few Chairman have demonstrated the adroit ability to wield that power as effectively as Chuck Grassley did as Chairman — a feat made even more impressive by the fact that he’s not a lawyer.

But not being a lawyer has, in my opinion, finely tuned Sen. Grassley’s “BS Radar” when it comes to the kind of “hairsplitting” that is engaged in by the legal profession as an occupational necessity.  It also frees him to speak in more blunt “laymen’s” terms when discussing legal matters.

It seems to me that a single Tweet Sen. Grassley sent out yesterday has been a bit overlooked given all the other events taking place in the country.

.@realDonaldTrump #CommonSense IF NO PROSECUTIONS TIL AFTER ELECTIONS SAD SAD //just think Flynn Mueller Impeachment/ The deep state is so deep that ppl get away w political crimes/Durham shld be producing some fruit of his labor

There seems to be no other way to read this than as a message urging AG Barr to prompt US Attorney Durham to make some public move with regard to his investigation as it stands now.

It also seems inescapable that Sen. Grassley has already concluded that crimes were committed, and indictments need to be issued.  While Sen. Grassley might not be a lawyer, the Senate Judiciary Staff he controlled as Chairman until just a few months ago has a bunch of lawyers — many of whom were prosecutors — on it.  Sen. Lindsay Graham is now Chairman, but Sen. Grassley is still on the Committee and I’m sure deeply enmeshed in the work the Committee staff is continuing to do.

He’s long been know for his distrust of the FBI.  He issued a blistering public statement on the day the DOJ Inspector General released his report on the FISA abuses.  He has been a frequent critic of FBI Director Wray, as he was of Comey before him, blaming them for the slow production of information and documents to his Committee in their oversight capacity.

His reference in the Tweet about the “deep state” is also provocative since many government insiders — especially those who have been around as long as Grassley — tend to discount the idea of  “deep state” as nothing more than an inaccurate description of the permanent bureaucracy in Washington.  But his context for using it signals — in my view — an agreement with the views expressed by AG Barr that there was a cabal of DOJ/FBI/IC officials who planned and executed an effort to hinder the ability of the Trump Administration to conduct its affairs in his first two years in office at minimum.

Grassley’s views, based primarily on what he learned while his Judiciary Committee was digging into the Russiagate affair long before US Attorney Durham, seem pretty hardened.  He has “pointed the way” many times over the last couple years with letters to the Attorney General and the FBI asking very specific questions that seemed to lack a real substantive basis at the time, only to later be proven out as “prescient” at worst, and more likely “highly informed” by non-public information.  He was strongly questioning the bona fides of Christopher Steele and the FBI’s reliance on him ahead of Devin Nunes and the House Intelligence Committee’s report on the Page FISA warrant.

AG Barr has not ruled out that charges might be filed in advance of the election.  He’s been asked several times about the DOJ policy to not take steps in investigations or prosecutions that might impact the outcome of an election, and he has responded by saying that no one under investigation is currently running for any office.  That would remove Joe Biden from any “target” list — for now — but not anyone else.

I believe the delay is almost entirely attributable to US Attorney Durham trying to run down all possible evidence with regard to the “scope” of any conspiracy he has identified, and any and all “overt acts” which he believes were within the course and scope of any such conspiracy.  The reason to do this is there are rules that begin to come into play about continued use of a grand jury as an investigative tool AFTER an indictment has been returned.  It is permissible to continue to use the grand jury but only with regard to potential new charges.  It cannot be properly used to simply gather more evidence on charges that have already been returned in an indictment.  So, once Durham charges the existence of a “conspiracy” and identifies its members, the rules regarding use of a grand jury generally prevent him from using the grand jury to continue to gather evidence about that same conspiracy and the already named conspirators.  As a prosecutor you want to gather all the evidence you can using the best tool you have — the grand jury.  Once you seek an indictment, your ability to use that tool begins to be diminished.

As a result, it would be a mistake to simply conclude that Durham is taking so long because he’s having trouble identifying criminal activity he can prosecute.  From an “insider’s” perspective, I think it more likely indicates that he’s simply trying to vacuum up as much evidence as he can before he goes public with what he has found.

South Carolina poll: Lindsey Graham’s lead down to one point in Senate race? 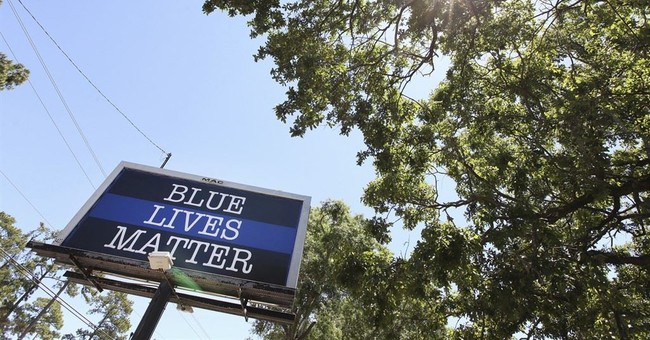 JUST IN: Massive explosion near the port in Beirut, Lebanon caught on video