Prof. Margot Cleveland at The Federalist makes some very cogent and sobering points in her article today about how the process now playing out before the DC Circuit Court of Appeals might lend itself to even more mischief that will only serve to further draw out the proceedings without reaching a final determination for weeks if not months.

Prof. Cleveland served for nearly 25 years as a staff attorney for the Seventh Circuit Court of Appeals and knows intimately the process and “tick-tock” that goes on behind the scenes when a motion is pending such as the one filed by Judge Sullivan — properly or improperly.

The Petition pending is not one that involves a hearing.  Now that the “parties” have been heard from, the matter is in the hands of the 11 Circuit Court judges to decide.  The first decision is whether to even have a vote on the petition — one is not required, and if no vote is called for the Chief Judge can direct that the Petition be denied via Order from the Clerk of the Court.

What Prof. Cleveland points out is that internally within the Court there are no time limits that attach to the resolution of these kinds of issues.  She notes that the normal process would involve having the three members of the Panel offer their views on the Petition and Responses. That is normally done by email.

It’s possible that the members of the Panel — especially the majority — have already done so after the submission of the Petition from Judge Sullivan.  But Judge Wilkins, who voted against granting mandamus relief to General Flynn, would likely wait until after seeing the two responses before offering his thoughts to the remaining judges.

After that all the full-time judges on the Court would exchange their views — and maybe indicate their votes — in electronic exchanges with their colleagues.  It takes only one judge on the Court to ask for a vote, which would then be reported by the Clerk’s Office.

BUT — and here is the big issue — even if the vote was against granting Judge Sullivan’s petition, and in favor of upholding the Panel decision directing Judge Sullivan to dismiss the case, any Judge voting “No” would be entitled to write an opinion “Dissenting” from the denial of en banc review.  As with other internal matters, there is no time limit that I’m aware of with regard to how quickly such a dissenting opinion would need to be submitted as part of the Court announcing that the petition for en banc review was denied.

Nor would there be any “limits” on what such a dissenting opinion might say.  It could go back and retrace the entire history of the Flynn prosecution in the district court, as part of laying a factual basis as to why Judge Sullivan’s desire to conduct a “searching” review of the matter would be warranted as part of his consideration of the Rule 48(a) motion.  It could cover all manufactured “issues” of supposed “interference” by Attorney General Barr in various cases for the purpose of benefitting President Trump.

Alternatively, if the vote of the judges is to grant Judge Sullivan’s petition, there could be a dissent written by any of the judges voting “No”, which might take on the entire sordid history of how the case originated, how the SCO squeezed Gen. Flynn into pleading guilty without seeing exculpatory evidence, and how Judge Sullivan’s court has become a three-ring circus.

It is unlikely there are 6 votes to review the matter en banc unless there are also six votes to reverse the Panel.  So any judge dissenting from the decision would likely get two turns at-bat to voice his/her displeasure with the substance of the case, and the manner in which it has been handled by the judiciary in the district court and the appellate level.

There is no obvious way I’m aware of to “speed up” the process.  The DC Circuit is an incredibly busy court of appeals, and the explanation for why a dissent is taking time to finish — if such an explanation was even necessary — could be nothing more than the “press of other court business.”  The collegial nature of courts is such that judges always recognize that the next episode in which additional time might be needed could be a circumstance where the judge is asking for him/herself.  So even though everyone might recognize “games” are being played for purposes of delaying the outcome, no one is likely to make an issue of it publicly.

It seems a very real possibility that no matter what the next act of the Appeals Court turns out to be, DOJ and General Flynn will likely just be made to wait even longer for an ultimate resolution. 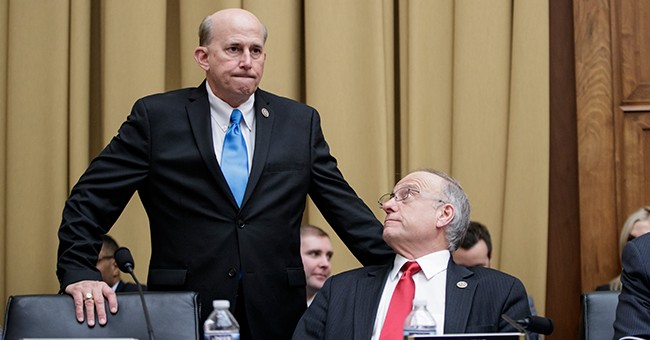 Rep. Gohmert Starts Digging into Who Is Paying for BLM Protesters' Travel