Rather than fight the suit, Seattle entered into what is called a “Consent Decree” to end the litigation.  This involves a written agreement between the parties wherein the defendant — Seattle — agreed to amend its policy and training in a way that satisfied DOJ.  But the settlement also made Seattle PD subject continued monitoring under the authority of the federal court to ensure compliance by Seattle PD with the newly adopted policy and training requirements.

One provision of the agreement prohibited the City of Seattle or the Seattle Police Department from modifying its agreed-upon use of force policy without the approval of DOJ and the Monitor appointed by the Court to ensure compliance by the defendants with the terms of the consent decree.

But approximately five weeks ago, in the aftermath of the original protests that led to the establishment of “CHAZ” in the Capitol Hill section of downtown Seattle, the City Council voted unanimously to prohibit the use of tear gas and other crowd-dispersal munitions by the Seattle Police Department.  The City Council took that action without first obtaining the permission of DOJ or the Court-appointed Monitor.  That was behind the move by DOJ to seek a TRO prohibiting the City of Seattle from enforcing the new use of force policy through the Seattle Police Department.

As my colleague Becca Lower wrote earlier, federal District Court Judge James Robart granted the TRO sought by DOJ, preventing the policy banning the use of those items from going into effect.

I know — some of you are wondering “Shipwreckedcrew, is that the some District Court Judge James Robart who ruled earlier this week that the ordinance prohibiting the use of tear gas and other non-lethal impact weapons must go into force effective this weekend over the objections of the Seattle Mayor and Seattle Police Chief?”

Now we are just waiting for the “Third Face” of Judge “Eve” Robart to made an appearance in Court.

Here is how it all makes PERFECT SENSE.

Earlier this week the Mayor and Police Chief had sought an order from Judge Robart to block the City Council passed ordinance banning the use of tear gas and non-lethal impact weapons.  The ordinance was opposed by Mayor Jenny Durkan and Seattle Police Chief Carmie Best.  Their view is that depriving the police officers of crowd-control measures left officers with fewer options in how to de-escalate confrontations with protesters.  Authorized to use only their baton, shield, and firearm — or retreat — created a greater risk of escalation to use of potentially lethal force.

But Judge Robart ruled against the Mayor and Chief at that time, ordering that the ban must take effect as planned, but limited the implementation until September 30 when he would revisit the issue after further briefing by the parties.

That dispute was an “intra-city government” fight that did not involve DOJ, nor was the federal consent decree part of the case.

But this morning United States Attorney Bill Barr reminded Seattle that it has at least one more interested party to satisfy with regard to justifying its change in policy.  Late tonight Judge Robart agreed with DOJ, and prohibited enforcement of the same policy he insisted go into effect just a few days ago.

All these legal proceedings took place against the backdrop of the letter sent by Police Chief Best to business owners and residents in Seattle.  In the letter, she advised them of the developments regarding the implementation of the new Ordinance — before it was blocked by Judge Robart. 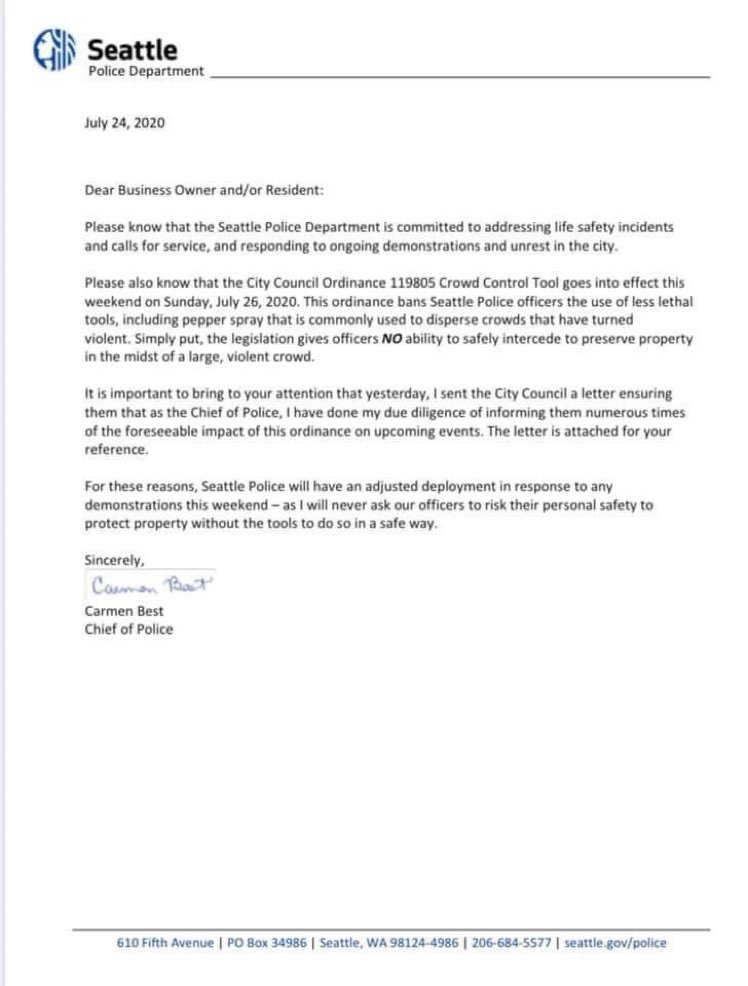 But the final paragraph of her letter was a bit opaque but must have been chilling nonetheless.  She says the Seattle PD will have an “adjusted deployment” to demonstrations.  She then says she will not “ask her officers to risk her personal safety to protect property without all the tools to do so in a safe way.”

That’s a pretty clear suggestion that she was not intending to dispatch Seattle PD officers to deal with property damage – vandalism and looting — so long as the City Council ordinance was in place.

In looking around the net, it looks like downtown Seattle remained calm for the most part on Friday night.

I’m not sure the same will be true on Saturday night.

Walther Recalls Some PPS M2s. Is Yours Impacted? 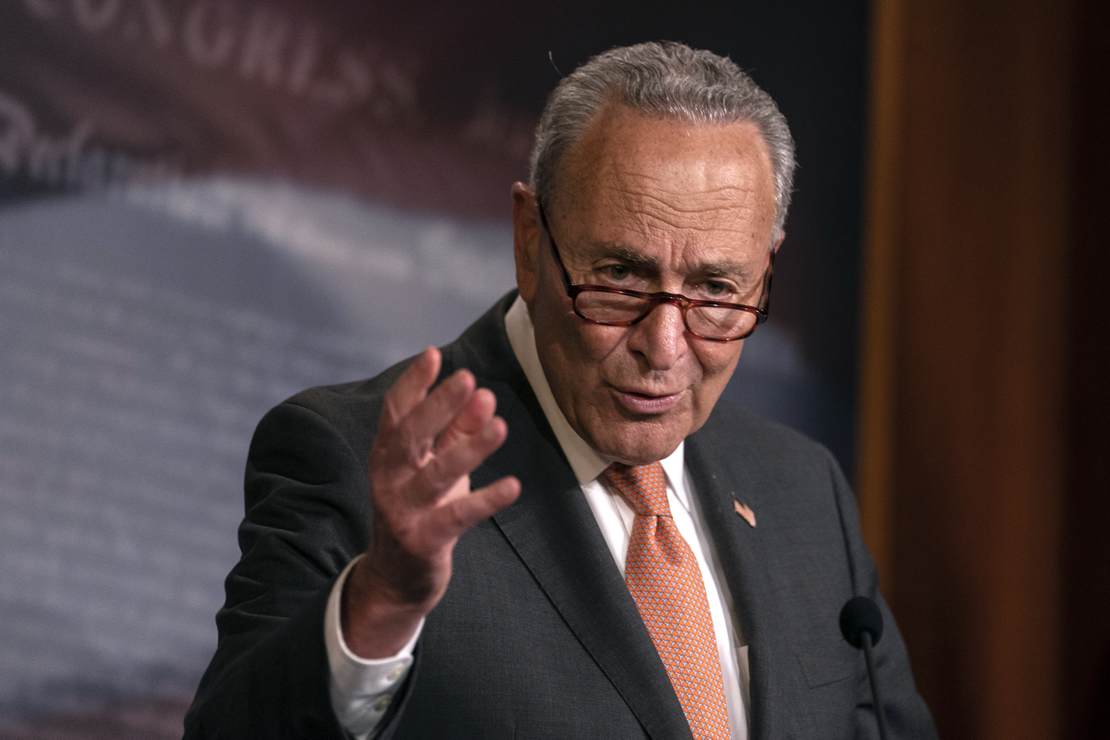