There have been a lot of news stories published about newly-minted 2020 presidential candidate Beto O’Rourke since he announced his candidacy last week. While most of them have been glowing, some of them have been downright weird, disturbing. And gross.

Another one that fits in the “gross” category came from the Washington Post this week in what was otherwise a mostly flattering piece. Fox News framed it well:

Beto O’Rourke didn’t eat crow, humble pie or even his words after losing to Ted Cruz. He ate dirt instead.

O’Rourke, who came up short in his bid to unseat Sen. Cruz, R-Texas, despite raising $80 million for the Senate push, told the story of his earthy snack in a sprawling 3,000-word profile published by The Washington Post.

“In January, Beto hit the road, much as his father had done before him, and drew energy from the people he met, and — on one stop in New Mexico he didn’t write about in his blog — by eating New Mexican dirt said to have regenerative powers,” the profile reads.

“He brought some home for the family to eat, too.”

In response to the news, Sen. Ted Cruz took to the Twitter machine this afternoon to give his take:

And later, he reacted to the news by tweeting a “Joe Dirt” gif:

While we’re all laughing at O’Rourke’s expense, make sure to read this humorous report from The Daily Caller on his penchant for standing on bars and counter-tops during his campaign stops. They actually talked to coffee shop and bar employees about having to wipe off the surfaces after he left their establishments.

The Daily Beast did a similar report yesterday.

—————————————-
—Sister Toldjah is a former liberal and a 15+ year veteran of blogging with an emphasis on media bias, social issues, and the culture wars. Read her Red State archives here. Connect with her on Twitter.– This actress knows GOP Senators are wrong about the impeachment amendments based on what she knows from...Law & Order 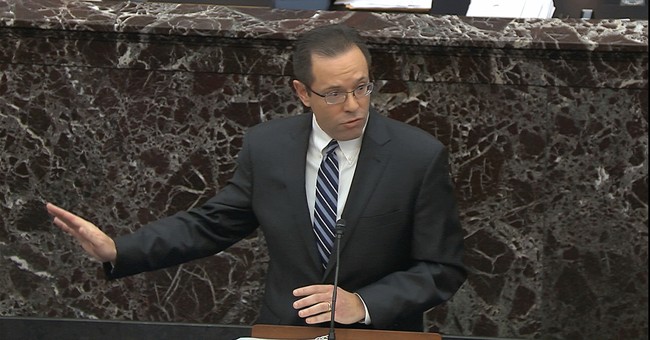