H.R.962, better known as the Born-Alive Abortion Survivors Protection Act, was introduced in the House on February 2, 2019 by Rep. Ann Wagner (R-MO). 186 Republicans are co-sponsors. There are 3 Democratic co-sponsors.

The reason for the bill is simple:

To amend title 18, United States Code, to prohibit a health care practitioner from failing to exercise the proper degree of care in the case of a child who survives an abortion or attempted abortion.

It provides protections for babies who are born alive after botched abortions. It has nothing to do with infringing on a woman’s “right to choose” – as Democrats often wrongly state.

Every day that Congress has been in session since the introduction of the bill, one Republican representative has taken to the floor to ask for unanimous consent so the bill can be debated on the floor.

Each time, that request has been denied.

On Thursday, Rep. Dan Crenshaw (R-TX) took his turn to ask for unanimous consent – the 78th time it has been requested since the bill’s introduction – and was denied:

After Democrats blocked his attempt at UC, Crenshaw had this to say in a statement:

“There are certain moral issues that are not debatable, and this is one of them. Somehow, we as a Congress cannot agree that babies who survived attempted abortions deserve medical care. While House Democrats refuse to give these innocent lives a chance, House Republicans will continue to demand a vote to protect them.”

The freshman Congressman also posted similar thoughts on Twitter about House Democrats and their refusal to allow the bill be debated and voted on:

I was the 78th member of Congress to ask the Speaker of the House to consider #BornAlive legislation.

78 times Democrats sent the message they don’t think babies who survive an abortion deserve a chance. 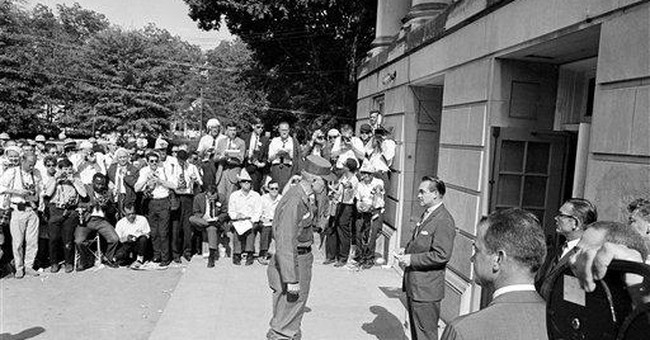