Rapper Kanye West smiles as he talks with President Donald Trump during a meeting in the Oval Office of the White House, Thursday, Oct. 11, 2018, in Washington. (AP Photo/Evan Vucci)

There has been a hella lot of talk over the last several months about the apparent political and spiritual awakening of Kanye West.

Many Democrats, naturally, are alarmed that a successful, wildly popular cultural icon like West would turn into a MAGA-hat wearing fan of President Trump’s, which to them is the equivalent of West turning his back on the America the left envisions.

Meanwhile, many Republicans and conservatives are watching West’s transformation with a keen interest, wondering (and perhaps hoping to see) if he can succeed in winning over black Democrats where Republicans have largely failed for decades.

It’s easy to view what West is doing from that perspective, especially when you consider what he said to black voters last week:

Kanye West encouraged black voters in the United States not to vote for Democrats at an event in New York City.

The 42-year-old musician and fashion mogul spoke at an impromptu event on Thursday where he got candid once again about politics after previously declaring his support for President Donald Trump.

According to Page Six, West advised black voters: “Own your power. Your power is not to just vote Democrat for the rest of our lives. That’s not the power.”

What also needs to be remembered when reading reports about West’s messages to black Democrats is that they could (and should) actually be a wake up call to all minority groups in the Democratic party, not just the black community. 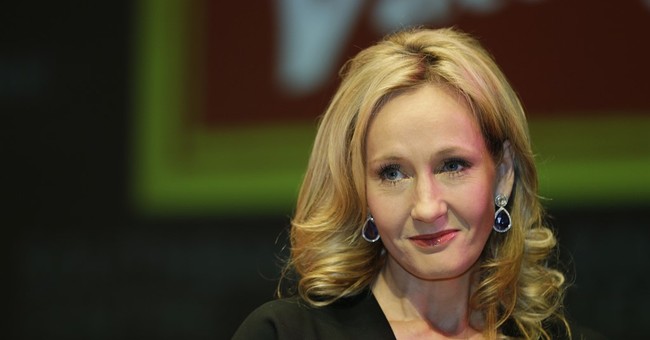 I’m talking about for women. For Hispanics. For Asian-Americans. For the LGBT community. Any group of people to who Democrats have assigned victim status to, any group Democrats insist owe them allegiance.

Speaking as someone who used to be a liberal feminist, one thing that turned me away from the left was the mindless groupthink aspect. If I didn’t toe the line, I was ostracized. Contra to their claims of being the “big tent” party that is supposedly so accommodating to all different kind of viewpoints – especially from women, having a change of heart on issues like abortion was considered heresy.

And this was in the early to mid 1990s when Democrats weren’t a one-issue party like they are today.

I knew once I became pro-life and started viewing other things from a more conservative perspective as well, all hope was lost for me as far as the left was concerned. So I “turned to the dark side” and never looked back.

My change happened over a period of time, and came with the help friends in college who were willing to have respectful discussions with me about the issues rather than berate me for thinking differently than they did. This led to a deeper thought process, beyond merely buying what the mainstream media was selling – which was and still is mostly Democratic talking points dressed up as “objective” news reporting.

When I talk to liberals today (to those who are willing to listen, anyway) about my change of heart decades ago, I tell them that I’m not talking to them in an effort to persuade them to vote for any particular Republican candidate, nor am I really trying to convert them over to the Republican party or even conservativism (although if I could do either, that would be nice).

It’s more about me wanting to impress upon them the importance of being independent thinkers. I tell them that even if they aren’t in a place where they feel like they could embrace conservatism or the Republican party, that they should still consider leaving the Democratic party. Why? Because it hasn’t been about “COEXISTING” for a very long time, even back in the day when I was eager to help elect Bill Clinton to his first term in office.

Kanye is right. For minority groups, there is a lot of power in owning your vote and not believing it is owed to the Democratic party simply because they have painted themselves as protectors and defenders of women, black people, gays, etc.

Their so-called “protection” comes with a high cost: You either think like them and toe the line, or you’re no longer welcomed.

There’s an easy two-word solution for anyone on the left who feels like their party has veered too far to the left, has gotten too politically correct, and/or has become too intolerant of differing viewpoints. You can do yourself a favor by simply walking away.