You’d think after 3+ years of covering President Trump that the White House press corps would understand that he’s not the type of politician who is going to sit back and idly twiddle his thumbs while his political opposition is publicly attacking him in speeches, media interviews and on social media. The same holds true when it comes to his numerous critics in the press.

Karl brought up Trump’s speech from last Wednesday where he announced the European travel restrictions along with other measures the federal government decided to take in an effort to stop the spread of the Wuhan coronavirus:

“Mr. President, I want to bring up what you referred to just a short while ago about politics. In your address to the nation, you said we have to put politics aside, stop the partisanship, and unify together. [But] this morning you criticized the Democratic governor of Michigan. Yesterday it was the Democratic governor of New York. You’ve attacked Obama, you’ve attacked Biden. In fact, every day except one since that address, you’ve lashed out at a Democratic leader. Are you going set the example on this?”

As you’ll see from the video clip below, Trump could barely wait for Karl to finish the question before he unloaded:

Karl then attempted to interrupt Trump, but the President wasn’t having any of it:

“There’s gonna be nobody better than Donald Trump in terms of bipartisanship. But if they’re going to say things that are false, like the story that was written yesterday. Lot of people, I don’t know, somebody, I think I know who, but they taped a conference call that I had with the governors. It was a good call, it was fine. I assume somebody’s going to tape it. They handed it to various people, one of whom was the New York Times and the New York Times chose to write totally inaccurately about it. It was a disgraceful thing, it was bad journalism. But you know, they do a lot of bad journalism, but we respond to that.

And actually, people get it, people get it. No, I want it to be bipartisan, and nobody is going to be better than me. But when they attack me or the people – these incredible people behind me, I’m not going to let them get away with it.”

Watch video of the exchange below, via Newsbusters:

The inaccurate New York Times reporting that Trump was referring to in the clip was the story I wrote about yesterday and today where multiple writers for the paper shared a deceptively shortened version of comments President Trump made during a Monday morning conference call with governors regarding the Wuhan coronavirus outbreak.

The quote they shared, which was cut off, made it sound like Trump told the governors and healthcare workers in their states that they were on their own when it came to obtaining the vital supplies and equipment they need to fight the Wuhan coronavirus. What he was actually saying to them was to go ahead and do an end-run around the federal government’s red tape if they found they could get what they needed quicker that way, and “we will be backing you.”

Trump has given similar answers to these types of questions before, including at a recent town hall he did on Fox News. “You can’t turn your cheek,” he told a Pennsylvania supporter of his campaign who asked him about his attacks on Democrats. “We have to fight back.” 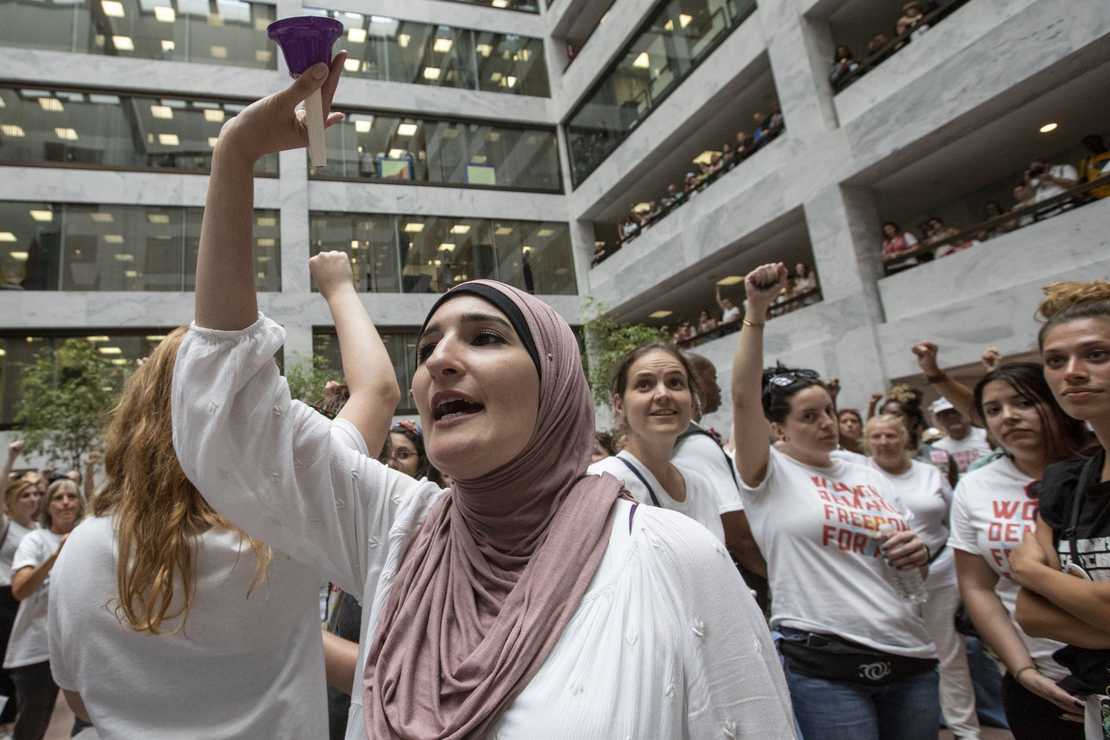 Linda Sarsour In Louisville: The Leftist/Islamic Alliance in Action