That CNN’s Brian Stelter is completely lacking in self-awareness is not new news. But some of the ways he demonstrates it on any given day are just too comical to ignore.

RedState editor-at-large Kira Davis wrote over the weekend about one such incident that took place on his Sunday “Reliable Sources” program. Stelter had on a panel of guests for a segment that was pre-designed to prove his argument that unlike with the right-wing media and Joe Biden, there was allegedly no media “equivalent” on the left for “tearing down” President Trump.

The argument was both absurd and laughable, for all the reasons Kira mentioned in her post and more. I mean, this is CNN we’re talking about here, which has really become nothing more than a 24-7 propaganda network devoted to tearing down Trump’s presidency, right down to analyzing the number of ice cream scoops he eats.

Fox News’s Tucker Carlson, who has also been a frequent target of both CNN’s and Stelter’s wrath, could not resist the urge Monday night to dunk all over them, bringing receipts that included clips of anchors Chris Cuomo, Don Lemon, and Stelter himself doing nothing but bash and tear down Trump — from a left-wing perspective.

Tucker Carlson rips into CNN and @brianstelter for saying there are no media companies that exist to tear down Donald Trump and then plays clips of CNN's coverage of the president:

"Turns out the people who work over at CNN don't watch it. They watch this channel full time." pic.twitter.com/iUYL3TiG10

After the Daily Caller shared the clip of Carlson nuking Stelter’s argument, CNN’s chief media correspondent had a mini-meltdown:

Funny how neither I nor CNN said what you, uh, just claimed we said. I merely asked a question, in the middle of a discussion about right-wing talk radio stars that rant instead of report. https://t.co/ThvVXnmHr9

The meltdown was compounded further when the Daily Caller asked him a simple question about the clips:

Yes or no, Brian:

Do you believe that those clips Tucker played show unbiased reporting from your network or were they ranting about the president?

Cornered, Stelter immediately jumped on the Dodge City Express because of course he did:

That's not a yes or no question. Nice try though. Have a good night.

What a complete clown.

I pulled up the transcript of “Reliable Sources” from Sunday and it’s very clear, as I noted earlier, that the segment was designed to prove there was no network of left-wing media outlets devoted to “tearing down” Trump, unlike with the right and Biden.

Of course, there were caveats Stelter threw in about how there was some degree of Trump-bashing from the left-wing media but this is how he couched his argument:

“Am I right to say this happens on the left and the right but it’s more severe on the right currently?”

Also, the guests he had on for that segment were noted critics of right-wing media. So it’s an insult to anyone’s intelligence for him to play the literal card by claiming he never said nor insinuated during the segment that there was no organized left-wing media effort to hammer Trump. His guests were there specifically to prove his point.

Keep in mind, too, that even if Stelter had been correct in his assessment, what his rant boiled down to was complaining about right-wing TV and radio talk show hosts “ranting” instead of “reporting” on the Democratic presidential candidate in an election year. Newsflash: Opinion talk show hosts are supposed to rant.

In other words, it’s a dog bites man type of story that is not a story and never should have ran, and wouldn’t have, if part of Brian Stelter’s job responsibilities at CNN didn’t include running interference for Joe Biden’s presidential campaign. 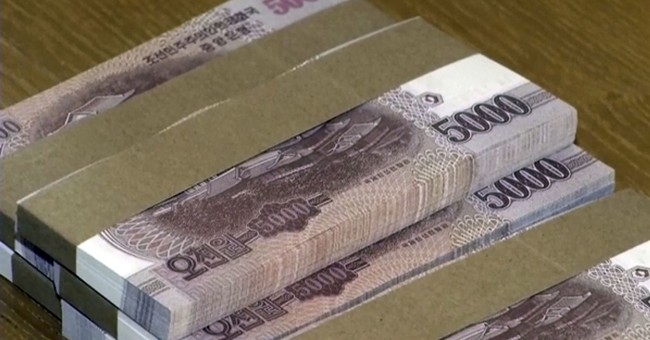 How Capitalism Changed The World