In the weird news of the day, the judge currently overseeing the Imran Awan fraud case has a weird former connection to the Fusion GPS case (the one looking into the Russia/Trump dossier): she was removed from the Fusion case back in November, and then somehow wound up involved in the Fusion case again, at which point she voluntarily recused herself.

Now she’s the judge looking at the disgraced former IT professional as he faces fraud charges, and who is accused of stealing equipment from Democratic House members and moving data onto an unapproved server.

Streiff wrote about Tanya Chutkan, U.S. District Judge for the District of Columbia, back in November when she was booted off the Fusion case the first time.

In a lot of circles there has been concern expressed about the fact that Judge Tanya Chutkan is handling the case where the House Intelligence Committee is trying to pry open the bank records of Fusion GPS to determine the scope of their direct involvement in the Trump Dossier including which journalists they paid to push the Trump dossier story.

Chutkan was troubling because she was an Obama appointee whose law firm represented Huma Abedin and other Democrat insiders. She’s also the judge that orderd DHS to procure an abortion for a pregnant illegal teen.

Now she’s back in the news for recusing herself from a second Fusion GPS case, this one related to a dispute over subpoenas, according to The Daily Caller:

The reasons for Chutkan’s recusals remain a mystery.

A spokeswoman for the U.S. District Court confirmed that Chutkan recused herself from the case but declined to provide an explanation, citing policy against discussing recusal decisions.

Chutkan’s past legal work could have something to do with the decision.

Prior to her appointment to the federal bench, Chutkan was a partner at Boies, Schiller & Flexner (BSF), an international white shoe law firm founded by David Boies.

And that’s just a smattering of what The DC says could be considered conflicts of interest; but, as streiff indicated back in November, the reason for her removal at that time was unclear. And the reason is unclear now.

What’s perfectly clear, however, is that she’s popped up again as the judge presiding over the Imran Awan case.

The judge who recused herself from the Fusion GPS case is the same one handling the #AwanBrothers casehttps://t.co/bH7Ifrzff1

It will be interesting to see if Judge Chutkan is removed for a third time.

Obama’s Description of Unrest Is Something Else

We will miss the filibuster 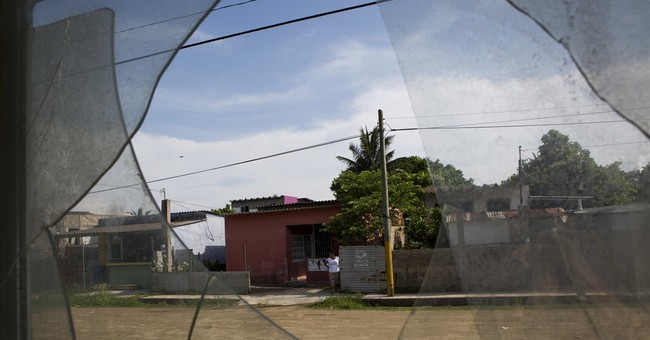