MUST WATCH: John Solomon Describes What He Thinks Strzok’s ‘Insurance Policy’ Meant (Among Other Things)

In a stunning and dense interview with Judicial Watch, John Solomon, investigative reporter for The Hill, details what he’s learned about the entire Russia collusion “dirty trick” the FBI played on the Trump campaign — and describes what he thinks Peter Strzok meant in his ominous “insurance policy” text.

Solomon has done remarkable reporting on the collusion hoax, even while the establishment press refused to touch it. Like something out of a Hollywood noir film, he recounts how he came home one day in March 2017 to two men sitting in a blue sedan who proceeded to have a frank conversation with him in his driveway. He says they told him that his reporting up to that point on the FISA court — he was familiar with that court and found the FISA warrants related to Carter Page suspicious — was the tip of a very large iceberg that led to the entire intelligence apparatus under the Obama administration being used in an opposition research investigation into a political campaign.

“You’re on the cusp of something much bigger,” Solomon says the men told him. “Go get em.”

Despite never seeing those men again nor finding out who they were, Solomon began to dig into what they told him. Not knowing which candidate was the target, Solomon began his now-prolific trove of stories uncovering the falsity of the entire Russia collusion affair, recently confirmed by Mueller’s report.

A specific revelation concerns the aforementioned “insurance policy” discussion between FBI agents Lisa Page and her erstwhile lover Peter Strzok. Page said in July 2018 (information that was unsealed in March 2019) that the conversation had to do with the fact that the FBI didn’t have the evidence they needed to prove collusion with the path they were on so they were feeling out other options.

Among their texts was one concerning the so-called “insurance policy.” During her interview with the Judiciary Committee in July 2018, Page was questioned at length about that text — and essentially confirmed this referred to the Russia investigation while explaining that officials were proceeding with caution, concerned about the implications of the case while not wanting to go at “total breakneck speed” and risk burning sources as they presumed Trump wouldn’t be elected anyway.

Further, she confirmed investigators only had a “paucity” of evidence at the start.

Then-Rep. Trey Gowdy, R-S.C., kicked off that section of questioning by asking about the text sent from Strzok to Page in August 2016 which read: “I want to believe the path you threw out in Andy’s [McCabe’s] office—that there’s no way he gets elected—but I’m afraid we can’t take the risk. It’s like an insurance policy in the unlikely event you die before you’re 40.”

The former FBI lawyer explained how the FBI was trying to strike a balance with the investigation into the Trump campaign—which agents called “Crossfire Hurricane.”

Solomon essentially confirms this accounting, noting he believes the less-than-fruitful path was the one related to George Papadopoulos and the pivot was a focus on the Steele dossier. He does not mention other reporting that says Page and Strzok were concerned about “burning” a highly-placed informant.

But that’s hardly the only extraordinary information Solomon offers in his interview.

“We began to see the confines of a real scandal,” Solomon says at one point, early in the 30 minute video. “And the scandal wasn’t that Russia and Trump had colluded. It was that the DNC, Hillary Clinton and their researchers and British intelligence operative were colluding with intelligence agencies to try to create the appearance of such a collusion scandal on the other side. Deeply troubling.”

Some of the other bits of information Solomon offers include:

Watch the full video below. 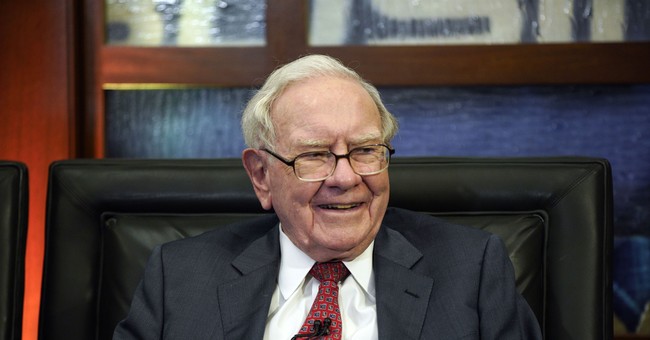 In This Crisis, Even Warren Buffett Was Wrong