All the stuff you’ve read about the new Joker film is wrong: it’s not likely to inspire a right-wing lone gunman. Because Arthur Fleck — who slowly morphs, over two hours, into the titular character — is not ever in danger of becoming such a thing. What he becomes in the end, if you must look at the film within the current cultural norms, is the leader of Antifa.

But that’s the least interesting part of the film and, as such, I’m not going to bore you by writing about it.

Instead, I want to talk about how smart director and co-writer Todd Phillips was with this film by hearkening back to something I remember as a huge part of studying literature in college (yes, I’m the nerd with the Lit degree): can you trust the narrator?

It’s a fascinating question that also slowly unfolds as the filmgoer is given reasons to think maybe the naval-gazing, self-absorbed reality of Arthur Fleck — where he stars in his own perpetually aggrieved victim-drama — is not the real reality. In fact, Phillips made an interesting video for Vanity Fair in which he explains that Fleck is intended to be taken as always separated from what’s really going on around him.

There are of course real-world cultural implications to that, as well. Especially when one considers where that kind of victimhood leads — in this case, to homicidal mania with Fleck atop a car, king of the green-haired mob as they riot in the streets against the evil rich.

But the question the film left with me personally is this: is that victimhood status a choice? Arthur doesn’t think it is. He’s mentally ill, he reasons. He’s (possibly) lied to and abused. He can’t catch a break. So to him, society gets what it deserves when he snaps.

But remember: Arthur may not be trustworthy as the narrator of his own story. He makes obvious choices throughout the film. He lets some people escape his rage because they showed him kindness once. He decides against killing himself and instead embraces his madness. He kills in self-defense and then hunts down in violent vengeance.

What the film ultimately asks the viewer to consider is whether or not we’re comfortable accepting Arthur’s reality as our own. I answered that for myself when it became clear about halfway through that we might be watching a delusion. But you’ll have to see the film to figure out how you personally feel.

Join me on this week’s show as I give a more thorough review. I cover a few other things that cropped up this week, as well. Like the wisdom of withdrawing troops from Syria; where social media censorship of political voices might actually lead; and the NBA’s capitulation to communist China (and their subsequent hilarious check by South Park).

Listen to the show in full below on Spotify. You can also find me at iHeart radio, Apple Podcasts and FCB Radio’s Spreaker.

Dem Lawyer: Stone Judge’s Political Remarks May Have Compromised Case, Made It About Trump 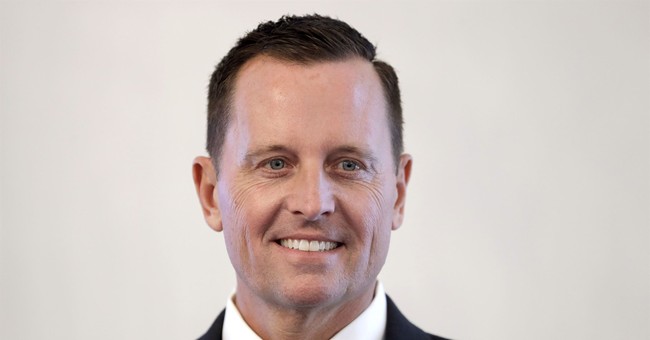 Acting DNI Has a Mandate: Clean Up the Intelligence Community