This Is Where I Stand

I’m a political junkie. I was raised on politics. Some of my earliest memories are of attending and participating in campaign events. Politics were a regular topic of discussion around the dinner table as I was growing up. My undergraduate degree is in political science. I have always followed the political scene and the advent of social media has amplified that exponentially. It has also given me a platform for sharing my views and debating the issues, via my writing and podcasting. I have a voice, small though it may be. And I feel compelled to clear my throat and speak up.

Part of that compulsion stems from this phenomenal piece from Caleb Howe, which is how I started off my day. I wholeheartedly agree with Caleb on this and couldn’t improve upon it if I tried. Instead, what I aim to do here is declare where I stand. Which, to lay out clearly, may require a smidge of background: I’m new(ish) to the conservative movement, having traversed the (ever-increasing) divide between/from left to right in the early 2000’s. The shorthand and over-simplified illustration of that is that my presidential votes in 2000 and earlier were for the Democratic nominee; from 2004 forward, they were for the Republican nominee.  Until 2016. In October of last year, I summed up my take on our most recent election cycle in seven simple pictures.

In response to the infamous “Access Hollywood” tape and subsequent fallout, I wrote at length about the message we send by the leaders we choose. (It’s eerie re-reading that now and realizing how true it holds 10 months later.) I was as shocked as anyone on Election Night when the results started rolling in. I won’t lie — I was gratified to learn Hillary Clinton wouldn’t be our next president. But I sure as heck wasn’t happy that Donald Trump would be.  Dumbfounded was more like it. And the next day, I was caught off guard when my then-fourteen-year-old asked the troubling question: “Mom? How am I supposed to respect the President when the President is Donald Trump?” After hesitating, I responded, “Well, babe, that’s a really good question. I think…the answer to that is you respect the office and pray to God the man finds a way to live up to it.”

And I did. I truly did. I even (only somewhat jokingly) started addressing him on Twitter and including the hashtag #PleaseTryToLiveUpToTheOffice. I confessed to a liberal friend that my hope was that because Trump was seemingly so enthralled and motivated by “popularity,” he’d find a way to surround himself with competent professionals and let his job approval ratings serve as a political seeing-eye-dog, guiding him along a non-perilous path (for the country primarily, for him secondarily.)

And there have been moments — few and far between — but they have occurred, where I’ve been pleased with a pick he’s made or a stance he’s taken. But they don’t justify the entirety of his presidency. And they don’t justify his seeming inability to declare a red line so obvious a six-year-old should be able to draw it with a crayon.  I’m going to borrow from Caleb here to spell this out:

He failed us. In that defining moment, he failed you. He was inarguably late to condemn, he was wishy-washy, he made allowances and, to me, chief among the revelations of the past five days was his willingness to deliver praise. Listen to his words to hear what he says. That may sound redundant, but people are not doing it. Trump, in his outlandish plane crash of a presser on Tuesday, said that some among the Nazis and white supremacists who marched for racism and destruction in Charlottesville were “fine people.”

That is what he said. If you don’t believe me, you can watch it here. This is the full quote:

No. You didn’t. You didn’t have “some very fine people on both sides.” You don’t get to say something like that and have me accept it. You just don’t.  You can say that there are decent people on both sides of the monument removal issue.  You can say there were bad actors on both sides because there inarguably were.  As Caleb rightly notes in this piece, Jake Tapper exposes the ugly side of “Antifa” quite clearly.  And this nonsense about how masked jackwagons, armed with clubs and mace, assaulting journalists — and even detestable Nazi Tiki-torch-bearing douchenozzles — are akin to our armed forces storming the beach at Normandy needs to knock it right the hell off.  That’s a huge part of our problem right now: people have entirely lost their grasp on perspective and rationality.  Every. Stinkin. Thing. is an ELEVENTY!!1!1!  on the Outrage Scale.  And anyone who has an opposing viewpoint is immediately demonized. If everyone on the other “side” is Hitler, then that epithet ceases to be meaningful. Please, save it for the actual Nazis — you know, the aforementioned Tiki-torch bearing douchenozzles. Don’t be this guy:

theres no dividing line between the white supremacists, the gop, and the conservative movement. its all one ball of hate. https://t.co/s7CL5elXWj

This guy’s part of the problem, not the solution. Recognize that reasonable people can hold differing viewpoints and the world isn’t going to end if every one of your Facebook friends doesn’t agree with every belief you hold dear. In other words:

Hey, you – yes YOU: This whole, "If you don't agree with me 100%, you're anti-American and sub-human" crap is getting REALLY old.

There are millions (just shy of 63) of people in this country who voted for Donald Trump. They did so for a variety of reasons: Some are true believers; some genuinely thought him the lesser of two evils; some saw an opportunity to find some good; some just accepted him as the Republican nominee and voted for him because they always vote “R.” They are your neighbors, your co-workers, your friends and your family. Some — many — of them are just as disenchanted with him now as I am (and have been.) Some are ambivalent. Some are so damn sick and tired of being labeled “deplorable” by Hillary — and others — that they’re digging in and doubling-down on their support. That’s the wrong reason to support him. But I most certainly understand the sentiment. (Hey, “Stubborn as a Missouri mule,” is a saying for a reason.)

Labeling everyone on the “other side” the enemy and refusing to engage them in constructive fashion is not the answer. It further fuels the violence and hate. Meanwhile, the agents of discord are gleefully fanning the flames of our division, and happily profiting from it. Hoping that good people won’t come to their senses and remember the sentiments echoed in this Facebook post a friend shared last evening:

I copied this post from a friend…could not agree more!
What is America? Is it the Republican party? Is it the Democratic party? Alt-right? Antifa? BLM? Neo-nazis? Whoever the current president is at any particular time? CNN? FoxNews? NO! None of those things are America. America is your next door neighbor offering you a beer. It’s your co-workers buying your kid’s raffle tickets. It’s the people you go to church with, or ride bikes with, or deer hunt with. It’s Friday night football and dance recitals and cub scout meetings. It’s helping your neighbors when their house floods or taking in a child when they need new parents. It’s sending your sons and daughters to fight for freedom in a world that seems determined to kill it at all costs. Notice how none of that requires you to check or even care what race the other is? THAT is America. The rest of that garbage you see on TV is fringe groups. Those are people who are angry and will never be made happy till everyone is angry and full of the same hate. And it’s politicians and media making a career out of fanning those flames of anger. My guess is none of you, or a vast majority of you, know a single person active on either side of this ridiculousness. That’s because you are Americans.
Does this mean Americans have always acted perfectly? Of course not. Show me any group of people larger than 1 that has ever always acted perfectly. But if we continue to allow us to be defined by two groups who aren’t worthy of our attention, we will stop being America, and start being something we will never recognize. Nazism? Communism? Socialism? Kick it all to the curb where it belongs. Judge individuals on their merit, fight for liberty, and have a beer with your neighbor.
By: Charlie Kibbe– my amazingly eloquent big brother

As I observed last night:

Glenn Beck is another man with whom I don’t always agree, but who sometimes finds a way to cut through to the very heart of things. He did so the other night on Twitter and I appreciated his comments so much, I compiled them via Storify:

No, I wasn’t inspired to dust off my Storify account by the Jake Tapper piece. I made mine first – I just wasn’t sure how to work it into a post. And then I was inspired by Caleb’s invitation this morning:

I ask and demand nothing, actually, here at the end of this. Instead I offer you something. The chance to land. The plane is in your hands, and with it the company. Stop whatabouting. Stop covering up. Stop carrying water. Stop pretending. And stop being silent. Say “Donald Trump was wrong. What he said does not represent me. I won’t belong to a party his words represent.” Say it without qualification or addendum. Because it is necessary. And because, I deeply hope and pray, it is true.

Donald Trump was wrong. What he said does not represent me. I won’t belong to a party his words represent.

I don’t belong to any party, frankly. I haven’t in a long time. But I won’t belong to one which embraces a “leader” who can’t figure out how to say definitively that people who march bearing swastikas and chanting, “Jews will not replace us,” are not “fine people.” They are people, as much protected by our Constitution as you or I. And they have the absolute legal right to hold their repugnant views and to express them (up to a point.) But they are not fine. They are not well at all. They are lost and they are letting hate be their guide.

Nazism, anti-Semitism, racism, bigotry are wrong. I neither support nor condone them in any way.

Demonizing and marginalizing all whose views represent “the other side” is wrong. Labeling them all as Nazis and racists and bigots is wrong. How we can heal an America that’s being pulled apart 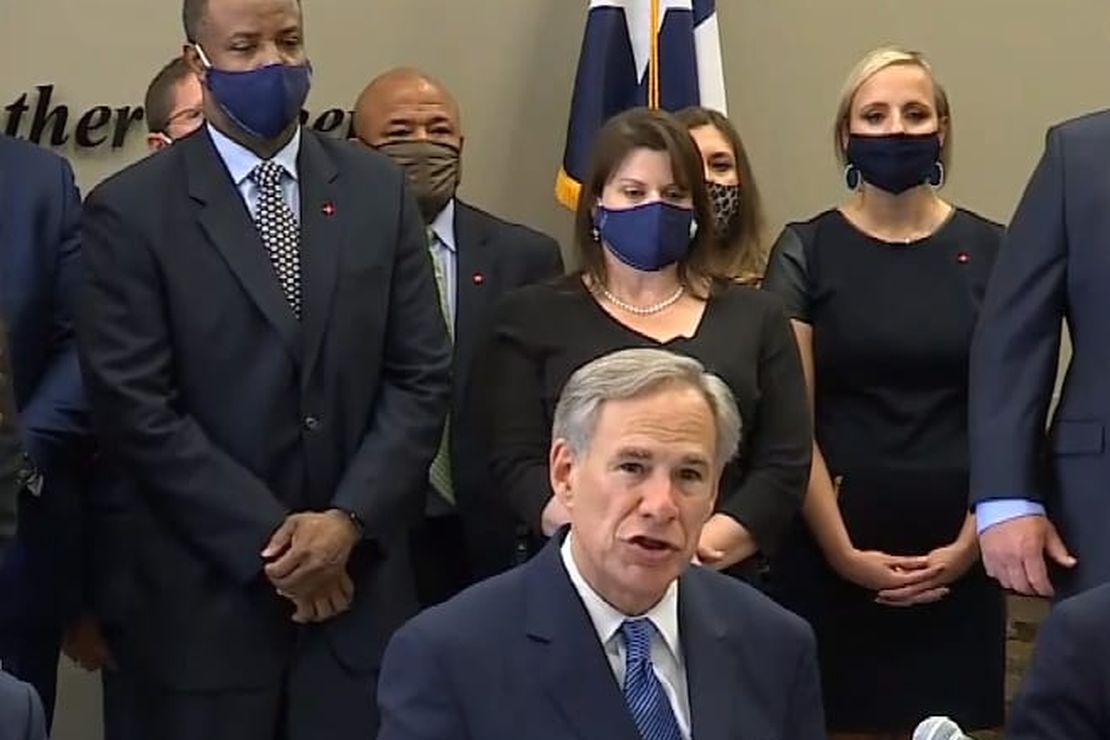