Just about three weeks ago, I wrote about the then-alarmist headlines describing a “spike” in COVID-19 cases, positing that at least some of this reportage was more spin than actual spike. Here’s what I said then:

So, have they? Reports on this are inconclusive thus far. My own view on it was that logic would dictate we might see an uptick, but nothing would make me happier than to be wrong on that — not only because I don’t wish anyone to become ill, but also because that would mean that either a) the virus is not nearly so contagious as we initially thought and, therefore, draconian measures need not be implemented or continued in terms of quarantining and shutting down business/the economy (setting aside, for the moment, regret for the damage already done); or b) the virus is losing some of its punch.

If we’re experiencing a spike, that average should be higher over the past week, right? Between June 7 and June 14, total cases have increased from 1,920,061 to 2,074,526, with an average increase in new cases of 1.1% per day. (I do have to add a caveat — over the past two days, we’ve averaged a 1.25% increase per day. But two days does not a trend make — and recall,  those news stories announcing a resurgence in cases came out earlier in the week and reportedly resulted in the market panic.) Now, is it possible that over the next week, we’ll see that average daily increase climb back up? Yes. It’s possible. But I remain skeptical (and hopeful).

Well, it only seems fair to revisit the matter, since we have, indeed, seen a fairly sharp uptick in reported cases — that’s cases — since then.  So…where do things stand as we head into 4th of July weekend?

Between June 14th and today (July 3rd), total U.S. cases (per Johns Hopkins University) have increased from 2,074,526 to
2,739,879, with an average increase in new cases of 1.7% per day. Again, for frame of reference, at the beginning of April, we were averaging a 14-15% increase in new cases per day, and at the beginning of May, a 3-4% daily increase. Now, because the cumulative number of cases has increased, in terms of raw numbers, that’s a larger daily total than we were seeing in mid-June. (Presently, we’re seeing daily new cases increase by 40-50,000, whereas in early June, we were seeing them more in the 20-30,000 range.)

What’s causing much of the alarm is those raw numbers. And yes, when you’re seeing a state like Florida or Texas — which had previously been faring pretty well — jump 5-8,000 new cases per day, it’s a bit disconcerting. Particularly when we see headlines like this: Live Coronavirus Updates: New Cases in U.S. Are Up 80% in Past Two Weeks. Wow! 80% Holy cow! (Yes – there’s that raw number jump noted above.)

But that’s not telling the whole story. Not by a long shot. First thing to keep in mind is that the increase in daily deaths has not been commensurate. Between June 14th and July 3rd, total U.S. deaths have increased from 117,533 to 131,503 (per Worldometers). That’s an average daily increase in (reported) COVID-related deaths of .6%.

What about hospitalizations?  Per this source, the (cumulative) number of COVID-related hospitalizations rose from 225,483 on June 14th to 245,722 on July 3rd, for an average daily increase of .5%. Again, not commensurate with the notable uptick in new cases. (Bearing in mind there is likely a bit of a lag between diagnoses and hospitalizations/deaths.)

Moreover, President Trump has noted the significant increase in testing:

There is a rise in Coronavirus cases because our testing is so massive and so good, far bigger and better than any other country. This is great news, but even better news is that death, and the death rate, is DOWN. Also, younger people, who get better much easier and faster!

Is he right? I’d say partly. Certainly, our testing has increased. Between June 21st and July 3rd (sorry — I wasn’t tracking the U.S. testing number previously, just the Missouri number), total testing in the U.S. rose from 27,979,880 to 35,539,327. That’s an average daily increase in testing of 2.3%. So that’s good — testing in the U.S. (overall) has outpaced the daily increase in new cases. (The greater that difference, the better.) And, for perspective, that’s over 10% of the U.S. population tested (recognizing that some of those are repeated, rather than unique individuals) versus less than 1% of the population who have tested positive for COVID-19.

I do think it’s naive to attribute the increase in numbers solely to testing. What can’t be disputed is that the last few weeks have seen an increase in reported cases — which isn’t terribly surprising given the fact that we’re out and about again instead of hibernating in our homes. Not to mention the protests (no, really, per the legacy media, we are not to mention them).

Hopefully, the death and hospitalization rates will continue to decline and the bulk of the new cases will be mild and help us move toward a degree of herd immunity. I don’t know about y’all, but I was over COVID-19 about two weeks in. I look forward to getting back to “normal” (yes, I realize that’s a subjective term.) 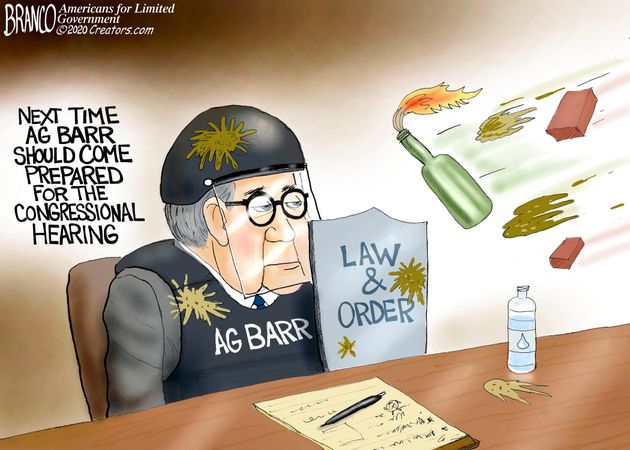