The Gaystapo and the Delegitimization of Religion and Logic

Caption: GLAAD’s Board of Directors celebrates the suspension of Phil Robertson

Language is a weapon and the masters of its use are more likely to be found on the far left of the political spectrum. When Bill Clinton started referring to profligate government spending as “making investments,” creating the image of government as prudent steward of resources rather than a drunken sailor in Olongapo, the conversation changed. Suddenly it became smart to piss away tax dollars on programs to control cow flatulence and fiscal conservatives, or even sane people, had to explain why they were against making investments. An uphill battle that continues to this day.

Never has that been more visible than in the utterly fascist attack on Phil Robertson, the patriarch of Duck Dynasty’s Robertson clan, because he quoted 1 Corinthians in an interview with GQ. Yet the Gaystapo at GLAAD launched a full frontal (sorry for the unfortunate imagery) assault on Robertson labeling him as “anti gay” and included this howler:

Phil and his family claim to be Christian, but Phil’s lies about an entire community fly in the face of what true Christians believe.

Any time you read the comments section of RedState and see a reference made to “judge not” or “without sin throw the first stone” nine times in ten you are looking at either someone who is either making a deliberately dishonest statement to win debating points, in the manner of GLAAD, or largely ignorant of Christianity.

This is obviously bull**** on stilts. It is simply an attempt to capitalize on the fact that most Americans self identify as Christians but, in fact, are neo-pagans, or invincibly ignorant. Most Americans seem to be completely unaware the Jesus Christ was the Son of God and one person of the Holy Trinity and not a first century AD Joel Osteen. 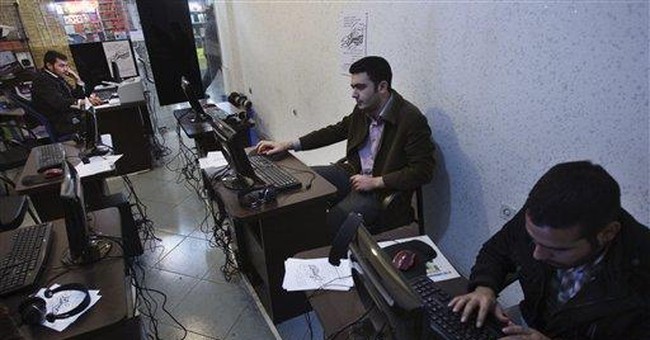 Are Massive Internet Shutdowns in Our Future?

The orthodox Christian view on homosexuality is exactly what Phil Robertson, one of two Robertsons to be elders at the Whites Ferry Road Church of Christ, stated. Engaging is homosexual acts is a mortal sin. It remains one of four Sins that Cry to Heaven for Vengeance despite the quisling clergy enlisted by the Gaystapo to sanitize what they are really selling.

As Christians we are called to reprove those who have fallen into error because it is not the will of God that anyone be separated from God. In Catholic theology this falls under the idea of Works of Mercy. Corporal Works of Mercy are the basis of Catholic social teaching:

Spiritual Works of Mercy are the basis of evangelization:

In short, if you are a Christian GLAAD and their fellow travelers give you a choice: jettison your beliefs and celebrate whatever sexual perversion they are exploring that particular day or they will drive you from the public square. Your silence is not sufficient. As Erick has said many times, You Will Be Made To Care.

When one goes into the history of the struggle to transmute homosexual activity from sexual perversion to cultural endorsement we find a concerted effort by the Gaystapo to delegitimize their opponents through language.

Though the perfectly nice word “gay” had been co-opted in the service of homosexual sex by the 1930s, the masterstroke was when the term “homophobia” first appeared in 1981 to describe opposition to homosexual acts. The term is pernicious. First, the bogus “phobia” designation strives to make the normal aversion to homosexuality into something like a mental illness. The early reasoning was that anyone who thought homosexual sex was wrong was in fact unsure of their own sexuality and more than likely a closeted homosexual themselves. This is obviously stupid and so the definition has morphed from the idea of “phobia” as a fear to:

a range of negative attitudes and feelings toward homosexuality or people who are identified or perceived as being lesbian, gay, bisexual or transgender (LGBT). It can be expressed as antipathy, contempt, prejudice, aversion, or hatred, may be based on irrational fear, and is sometimes related to religious beliefs.

So if your religious beliefs tell you that you are more than your libido you are a homophobe.

Recently a second attack has taken shape: the idea of someone being anti-gay. So, how is that defined? One of the staff homosexuals at Huffington Post lets us know what the standards are:

So, to clear up any confusion, here’s an easy test to see if you’re anti-gay:

Basically, if you’ve got an issue with queer people and whom or how we love or live or get off — whether you’re a grandma in Detroit or the Pope in the Vatican — then you’re anti-gay.

In this the writer admits to what we have known all along was the agenda of the Gaystapo. They are not content to be left alone, they must be celebrated. As far as this guy is concerned gay is indistinguishable from homosexual sex, not a sexual attraction. And unless you approve of the whatever bizarre norms homosexuals seem hellbent on setting for themselves you are anti-gay.

This is not an accident. Christianity is based on the novel concept that all people are deserving of respect and love but their sins are not. By equating their very humanity with sexual activity they are attempting, with great success, to make criticism of a lifestyle that is manifestly unhealthy and spiritually corrupt a criticism of themselves as persons.

This makes as much sense as accusing MADD of being anti-alcoholic. To carry this analogy further, it is as if the community of chronic drunk drivers had successfully convinced America that not only can we not condemn drunk driving, we must admire the manual dexterity of drunks as they drive through our neighborhoods.

No one likes being accused of being anti-[a particular person]. Twelve step programs are build on the notion of separating the sin from the sinnner; that the value of a person is greater than their vices.

The homosexual celebration movement has done what seems to be impossible. They have made their vices virtues and by agreeing that they are no more significant as humans than the urges emanating from their genitalia they are succeeding in shaming the rest of us into silence

L.A. Mayor Garcetti Says Residents Will Be Confined to Homes For “At Least Two Months” Opinion: Trump's Message for People Is to Choose Hope Over Fear in Midst of the Pandemic ... and He's Right

Joe Lockhart Adds to the Viral Outrage By Criticizing the President for Not Engaging in...Photo-Ops?? Lindsey Graham and Others Call for a Halt to the Stimulus Bill: The Current Text 'Incentivizes Layoffs' 'Outrageous'! Here's what Congress wants to do with $25 million in COVID19 relief money; UPDATE: Lots more waste where that came from!

Jake Tapper Has to School Biden on How to Cough Properly, Joe Also Gets Confused About Op Ed He Wrote