According to the AP, the Democrats are planning on defeating the Jeb Bush juggernaut by painting him as the third coming of Mitt Romney:

Mitt Romney opposed the government’s rescue of U.S. automakers. So did Jeb Bush.

Both worked in finance and backed the Wall Street bailout. Both are advocates of tax cuts that Democrats contend only benefit the wealthy and big business.

While the first actual votes of the next presidential campaign may be a year away, Democrats already are drawing such comparisons between the former Florida governor and the GOP’s 2012 White House nominee — and they don’t consider them flattering.

Democrats are unwilling to let Bush define himself as a reformer who aims to close the gap between the rich and poor, so they are trying to paint him as this campaign’s Romney. The ex-Massachusetts governor struggled in 2012 against criticism related to his work in private equity and his portrayal by President Barack Obama’s allies as a cold-hearted plutocrat.

I think their angst over Jeb Bush is misplaced. It is hard to look at the universe of GOP primary voters and see who votes for him (personally, I think the same applies to Hillary if anyone else mounts a campaign). David Frum points out in an ambivalent article in The Atlantic titled Is Jeb Bush A Republican Obama? has this to say:

…And in this way, Jeb Bush and Barack Obama may likewise express a commonality more important than their differences over energy policy, taxes, or abortion.

Both Jeb Bush and Barack Obama are men who have openly and publicly struggled with their ambivalence about their family inheritance. Both responded by leaving the place of their youth to create new identities for themselves: Barack Obama, as an organizer in the poor African-American neighborhoods of Chicago; Jeb Bush in Mexico, Venezuela, and at last in Cuban-influenced Miami. Both are men who have talked a great deal about the feeling of being “between two worlds”: Obama, in his famous autobiography; Bush, in his speeches. Both chose wives who would more deeply connect them to their new chosen identity. Both derived from their new identity a sharp critique of their nation as it is. Both have built their campaign for president upon a deep commitment to fundamental transformation of their nation into what they believe it should be.

Twenty-first century America is a place consumed by issues of identity. More and more Americans identify themselves as “Americans-plus”—fully American, yet also partially something else; in America, but not exclusively defined by their American-ness. An older America expected that people would be all one thing or all another: black or white, male or female, American or foreign. Barack Obama excited a new generation of voters because he—like them—transcended such categories. In this latest scion of the Bush family, of all unlikely persons, the GOP may have found its own candidate for the age of fluidity represented—and accelerated—by the presidency of Barack Obama.

The gist of the article is that both Obama and Jeb Bush have mastered the art of discarding their nominal heritage and building an new persona. In an interview with Laura Ingraham, Frum makes some points not included in the article, or included in a very oblique way:

Frum:The Bush family operates as a family fundraising operation. People feel they have obligations to G.W. or G.H.W Bush, and Jeb taps into that. They also see in him a less extreme and more moderate face, which is odd. As you know, I’m kind of on the left wing of the party when it comes to economic issues. Jeb is not. On most economic issues, he’s with [mc_name name=’Rep. Paul Ryan (R-WI)’ chamber=’house’ mcid=’R000570′ ]. But where he departs is he is this huge advocate for really open borders. That is his central issue. I think a lot of very wealthy people find that attractive. It means cheaper labor and a more compliant labor force. He speaks their language, he is them. [italics mine– streiff]

Frum: And the question for Jeb Bush is what have you got to say to the middle part of the country that isn’t doing very well? And a lot of people feel that there’s something with that name, and he’ll be a strong general election candidate. Actually, he’s the one person who cannot criticize Hillary Clinton on dynasty, the issue on which she is most vulnerable. Also, one of the questions with Hillary Clinton is how did you your family make that hundred million dollars? They didn’t create a business, they didn’t deliver goods and services—people just gave them that money. Why? That’s an important question to discuss. I think Jeb Bush is the one candidate we know who wouldn’t discuss it.

Frum: He is going to be a vulnerable candidate. But, I think there’s also a general view among the donors. You’re very isolated when you’re that rich. Jeb Bush ratifies a lot of the political ideas rattling around in their heads. What is happening to the economic possibilities for middle class Americans is just so far away when you’re that rich.

He clearly believes that the only way to solve our economic problems is not by reducing tax burden, cutting regulations, and unleashing the creativity Americans are known for, but by importing cheap, unskilled labor:

Here for example is an informal Jeb Bush speaking to a friendly interviewer, National Review’s Jay Nordlinger, early in 2014. “If we’re going to grow at 4% a year, we have to have young, aspiring people be able to create dynamic activity. And we can’t do that with our existing demographics.”

Bush seems to have something more in mind than just the the familiar (if overstated) claim that immigration can counter the aging of the population. He seems to think that there is some quality in the immigrants themselves that is more enterprising—more dynamic to use his favorite term—than native-born Americans. This is not only a positive judgment on the immigrants themselves. It is also a negative judgment on native-born Americans.

This is a very cogent description of a Bush candidacy and what it would mean for America. Bush is a man who seems to have lost faith in the American people and perhaps in the nation. He offers conservatives nothing and Americans much less than that. 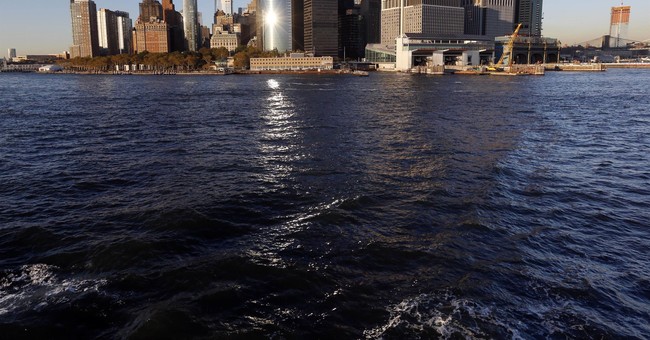