Though you may not know it, former New York Governor George Pataki is running for president.

If you wanted a poster child for the reason the GOP establishment should never be allowed to hold elective office, George Pataki would definitely be among the finalists for than honor.

So, after signing the GOP ‘loyalty oath’ which reads: 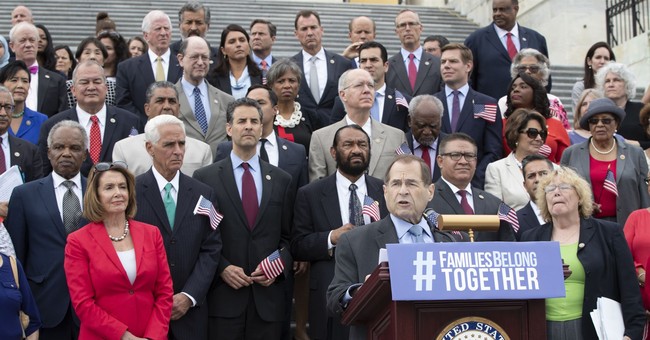 Over the week end, Pataki, who is favored by about 1% of voters, both as first and second choices, sent out a string of Twitter invective targeting Donald Trump. The ones, however, that caught my eye were this one:

Let me be very plain, I’m not going to vote for @RealDonaldTrump …He is unfit to be president @chucktodd @meetthepress @foxnewssunday #MTP

The takeaway from this is clear, that Pataki has violated the “loyalty oath.” By violating it, Reince Priebus should tell Pataki that he has been disinvited to the upcoming CNN candidate debate. He won’t, because, quite honestly, a Pataki Third Party run would draw even less attention than his current effort. It is a combination of two things. First, Pataki is trying to get people to notice him. The only way that will happen is if he attacks Trump AND Trump responds. The second thing is that Pataki is an establishment squish whose is competing with Bush, Kasich, Graham, and Christie for the same tranche of voters. Pataki is not one of the owners of “our party.” The voters are. And to the extent that Trump is a viable candidate it is because of the actions of that part of the GOP represented by George Pataki. As Erick noted, taking their ball and going home is what establishment squishes do when they don’t get their way:

And now here comes former Governor George Pataki who went on Meet the Press today to declare he’d never, ever, ever vote for Donald Trump.

Time and time again, it is worth pointing out, Republicans like Pataki tell conservatives to suck it up and deal with the hand they’ve been dealt. But they repeatedly just walk off the field and vote Democrat.

George Pataki: Ted Cruz Is Poised To Do Very Well In New York