Hillary Clinton is getting ready to do what she does best: blame other people for her stupidity and incompetence. This story is probably accurate as we know POLITICO lets Clinton staffers write their articles.

Hillary and Bill Clinton are so dissatisfied with their campaign’s messaging and digital operations they are considering staffing and strategy changes after what’s expected to be a loss in Tuesday’s primary here, according to a half-dozen people with direct knowledge of the situation.

The Clintons — stung by her narrow victory in Iowa — had been planning to reassess staffing at the campaign’s Brooklyn headquarters after the first four primaries, but the Clintons have become increasingly caustic in their criticism of aides and demanded the reassessment sooner, a source told POLITICO.

The real problem, though, lies with the candidate, herself. A fish, as they say, rots from the head down. Hillary Clinton is a horrible candidate. Unlike the GOP “my turn” candidates, like Bob Dole and John McCain, Clinton actually has no accomplishments in public life that do not involve either dead Americans or dead civilians. She is condescending and dismissive in town hall meetings, she is corrupt to the core, she rebuffs any suggestion of honesty and transparency, and the FBI investigation of her mishandling of TOP SECRET material hangs over her like the sword of Damocles. There is no staff shake up under the sun that will fix the problem at the top of the ticket.

At the heart of problem this time, staffers, donors and Clinton-allied operatives say, was the Clinton’s decision not to appoint a single empowered chief strategist – a role the forceful but controversial Mark Penn played in 2008 – and disperse decision-making responsibility to a sprawling team with fuzzy lines of authority.

“There’s nobody sitting in the middle of this empowered to create a message and implement it,” said one former Obama 2008 aide. “They are kind of rudderless… occasionally Hillary grabs the rudder, but until recently she was not that interested in [working on messaging]… Look, she going to be the nominee, but she’s not going to get any style points and if she isn’t careful she is going to be a wounded nominee. And they better worked this shit out fast because who ever the Republicans pick is going to be 29 times tougher than Bernie.”

The focus of their dissatisfaction in recent days is the campaign’s top pollster and strategist Joel Benenson, whom one Clinton insider described as being “on thin ice,” as the former first couple vented its frustrations about messaging following Clinton’s uncomfortably close 0.25 percent win in last week’s caucuses. Benenson, multiple staffers and operatives say, has been equally frustrated with the Clintons’ habit of tapping a rolling cast of about a dozen outside advisers – who often have the candidate’s ear outside the official channels of communication.

Just two thoughts here. First, how well did it work out in 2008 with Mark Penn? Not so good, eh? Second, setting up diffused paths of decisionmaking is how extremely weak people work when they rise high in organizations. With no clear lines of authority, nothing gets done without top level approval so there is never a threat that someone might have an original idea. Plus, this type of organizational style keeps all managers on tenterhooks because they don’t know what decisions they can make and they don’t know who in their organization is going behind their back to their bosses. This is how control freaks work. This is Hillary Clinton to a tee.

Clinton, of course, is denying the rumor with a non-denial:

Yeah somebody showed that to me. I have no idea what they’re talking about or who they are talking to. We’re going to take stock but it’s going to be the campaign that I’ve got. I’m very confident in the people that I have. I’m very committed to them; they’re committed to doing the best we can. We’re going to take stock, what works, what doesn’t work. We’re moving into a different phase of the campaign. We’re moving into a more diverse electorate. We’re moving into different geographic areas. So, of course it would be malpractice not to say, “OK, what worked? What can we do better? What do we have to do new and different that we have to pull out?”

In best passive aggressive style, Clinton has essentially froze her campaign in its track awaiting to see what is going to happen. Typically, this type of leader does nothing, because proving the press wrong and establishing their own inscrutability is their most important goal, and the organization will limp along, waiting for the other shoe to drop. 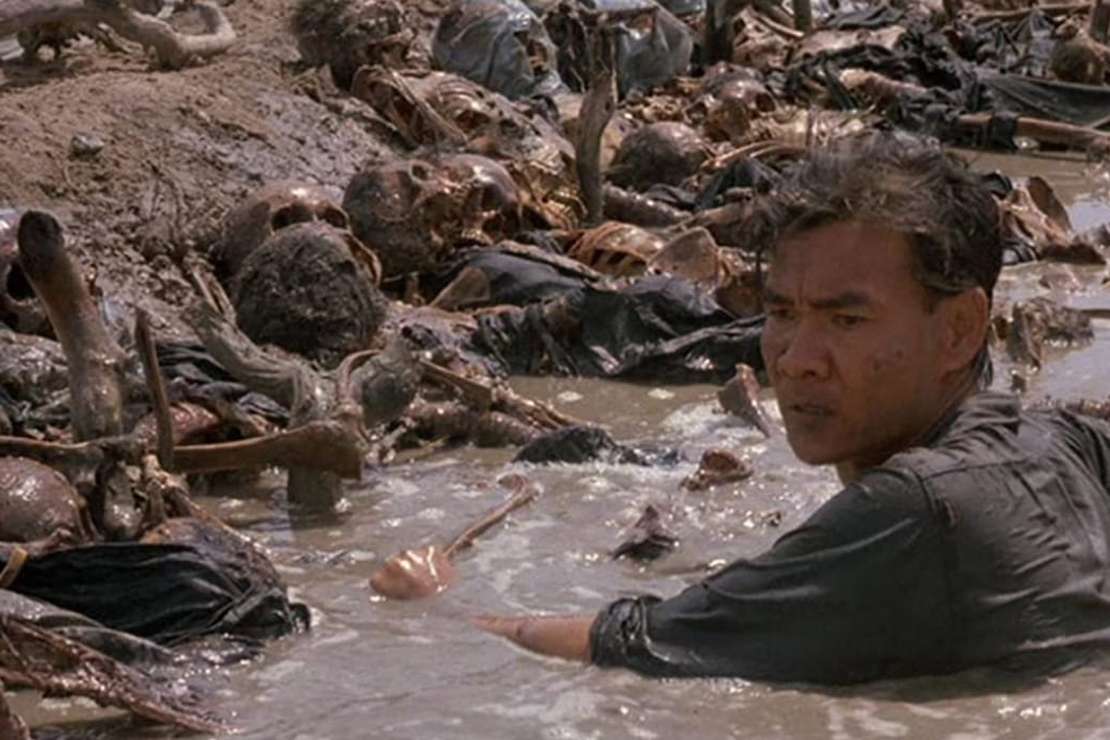 When the Young Toppled the Old and Reset the Clock to Zero: 'The Killing Fields'