One of the periodic series of posts that Erick used to do was on the grotesque incestuousness of the media and the Democrat party. Reporters go to jobs in Democrat administration and back to better paying gigs in the media. Senior media figures are married to senior Democrats. Today’s edition of the inbreeding between the media and Democrats comes from Wikileaks by way of Politico:

The day before CNN’s planned town hall on March 13 with Clinton, Brazile, who was then a CNN contributor and DNC vice chair, sent Clinton Communications Director Jennifer Palmieri an email saying “From time to time I get the questions in advance.”

“Here’s one that worries me about HRC,” she wrote.

Palmieri wrote back to Brazile “Yes, it is one she gets asked about. Not everyone likes her answer but can share it,” before instructing another staff member to send the campaign’s answer.

And yes, one of the moderators, Roland Martin, asked that question.

This is the kind of nonsense that builds into Trump’s narrative of the game being rigged. Journalists refuse to cover Democrat scandals. Journalists and Democrats share information and journalists routinely are found prepping Democrat candidates. Every election cycle we see low wattage journalists like Candy Crowley and Martha Raddatz engage in their own private debates with GOP candidates, effectively creating a tag team match in the presidential debates. And the media wonders why no one trusts them. 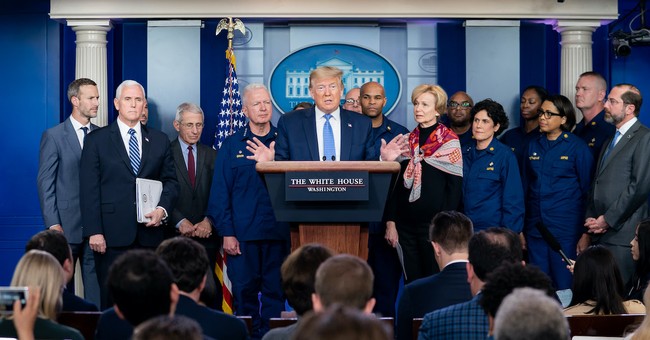